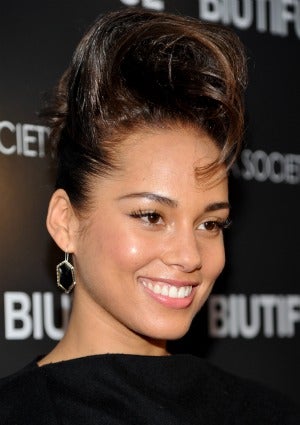 Fourteen-time Grammy winner Alicia Keys is preparing to release new music in 2011. According to her longtime business partner and producer Kerry “Krucial” Brothers she’s currently in the studio cooking up a new album.

“We do got a release coming this year, but I can’t speak on it yet. Last week we was in the studio working on stuff,” said Brothers. “The writing is the same. The only thing changed is the schedule. We leave earlier now. No more to the crack-of-dawn stuff — at least not for now.”

2010 was a big year for Keys. She got married to super producer Swizz Beatz over the summer and in October gave birth to their first child, Egypt. Undoubtedly her recent marriage and child will influence her music. We’re anxious to see how it turns out. If her latest single “Speechless,” inspired by baby Egypt, is any indication she’s got another platinum album on her hands!