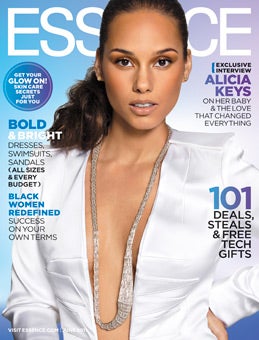 “Falling in love is such a force, but this is a whole other level of magic…” —Alicia Keys

For the past decade, Grammy-winning songstress Alicia Keys has been riding a wave of unbroken success. Now, the princess of soul is set to release the tenth anniversary deluxe and collector’s editions of her first album, “Songs in A Minor,” due out this month.

Looking back on the scores of interviews she’s done since her debut, you’ll find plenty about her music and absolutely nothing about her love life.

But when a woman falls in love — really in love — well, that kind of love is hard to hide. Here, she opens up to ESSENCE about music, motherhood… and the man who has her heart.