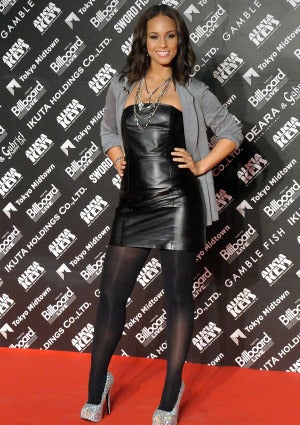 Hot, sweaty, tall, dark and handsome bodies in motion won’t be your only draw to the NBA All-Star Game this year. Alicia Keys, Usher and Shakira have just been added to the entertainment bill and we’re sure they’ll be bringing their own excitement to the game. Alicia’s set to sing her mega hit “No One” from her 2007 album “As I Am”, “Try Sleeping With A Broken Heart” from her latest effort “The Element of Freedom” and her rendition of her duet with Jay-Z, “Empire State of Mind”. Usher’s planning to turn up the energy with his 2004 club hit “Yeah!” and his recently-released single “More.” The NBA All-Star Games are set to air on Sunday February 14 on TNT at 8 p.m. EST. We know it’s Valentine’s Day, but you may need to take it to the couch to catch the show. Read More Check out Alicia’s winning hairstyles from braids to waves. Take a look at Usher’s milestones through his years in entertainment. View our NBA All-Star Hotties from 2009.
Loading the player...