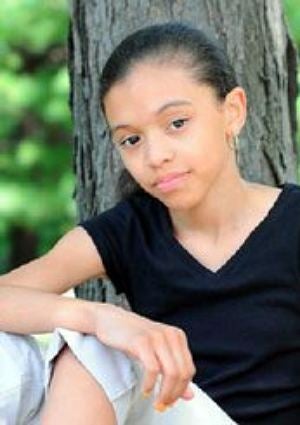 Up until last April, Shannon Tavarez was living her dream. Each week afterschool, the 11 year-old songbird played a cheerful Young Nala in The Lion King on Broadway. But after being diagnosed with an acute form of leukemia last year, her evening performances have been replaced with heady rounds of chemotherapy, long nights in the hospital, and IV medications. With a bone marrow transplant as her only chance for survival, Shannon’s family and friends will hold two drives to help the young star find a donor. In partnership with bone marrow center DKMS Americas, the first drive will be held on July 18 at St. Malachy’s Roman Catholic Church, The Actor’s Chapel, in Manhattan. The second will be held on Friday July 23 at the Minskoff Theatre. She’s in dire need of African Americans and Latinos to come out.   “Shannon is of African-American and Latin decent and the most likely match would be found in someone who shares a similar ethnic background to hers,” explains Nahdi Mukomana, a close family friend who is organizing the drives. “We desperately need individuals from those communities to come out to the drive to increase the chances of Shannon finding a match.” Unlike other forms of cancer, leukemia requires a genetic match between donor and patient, so ethnicity is crucial.  Yet, out of 8 million people on the Be The Match Registry of donors, only 600,000–roughly 7 percent–are African American, according to the National Marrow Donor Program. Becoming a donor only takes the swab of the cheek–the process is fast, free, and could save Shannon’s life. Also, 70% of bone marrow donations are non-surgical.   Shannon started performing when she was three. As a bouncy toddler dancing in a Christmas recital, her love for the stage bloomed. At eight, she began studying drama, dance, and music at the Harlem School of The Arts. A lover of Glee and die-hard Alicia Keys fan, “I Keep on Falling” was one of the first songs she sang. “When she was young she’d have me braid her hair all the time with beads so she could say she was Alicia,” says Odiney Brown, Shannon’s mother. “And when she hit that [high] note, that’s when I realized, ‘Oh my god, she can sing.’ ”   Recently, Shannon had the chance to sing “Superwoman” for her idol Keys through a Skype chat. It’s these pastimes–chatting online with friends, playing piano, or singing tunes from Les Miserables–that have kept her hopeful even when hope can seem so scarce. “Thankfully for her, she hasn’t had any major side effects except hair loss,” says Odiney Brown, Shannon’s mother.  “She’s been maintaining her weight and she’s really fighting. She’s so strong.”   This year Shannon looks forward to starting sixth grade at the Professional Performing Arts School in Manhattan. She auditioned for the school last year and anticipates her return to the arts.   For more information on the Shannon Tavarez Bone Marrow Drives call 347-633-0565 or visit http://www.dkmsamericas.org/drives/help-save-shannon-and-others-0.