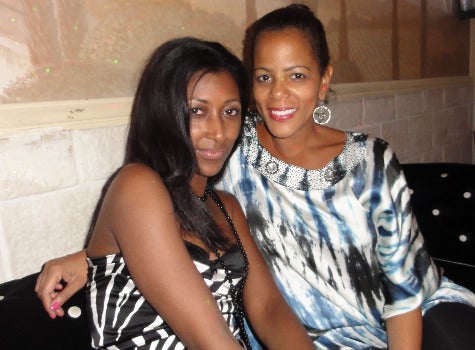 I was lovesick when I left Paris. As I boarded the plane back to New York, I laughed at the irony. I was out the night before until 6:30 in the morn with my girl Dawanna, who joined me for my last few days on vacation. True, I was being separated from the city in which I’d developed a schoolgirl crush, but I was also sick, literally. The day before leaving Paris, I contracted the flu, and a bad case of what I later discovered was salmonella poisoning. Only the City of Lights would turn that sickness on its head, and serendipitously deliver a delightfully Parisian romantic evening. Dawanna and I spent the better part of our last full day in the flat working. After, we scurried around, tackling shopping in Le Marais district, visiting the Pompidou Center, then rode the metro to Sacre Coeur and back home. It was late when we returned and I’d already started to feel ill, but this was our last night in Paris and I needed to eat. We had a delicious late-night meal at Market, a Jean-Georges restaurant around the corner from our flat, yet I barely made it through dinner. I was in no shape to go out, so Dawanna suggested we visit the 24-hour Champs-Elysee Pharmacie. We browsed the huge store, and I purchased French meds, lotions, potions and magazines. We’d spent so much time in Le Pharmacie, the meds I bought started to kick in. Soon after, we hopped into a cab to return to the flat to pack. As the taxi approached our place, I suggested that we take an impromptu detour into a lounge up the street. As soon as we walked in, I saw him in the corner, sitting quietly with a bottle of champagne. The waiter sat us next to Jean in the crowded lounge, and he and his friend quickly engaged us in conversation. I must digress, and offer that there is something wonderfully different about the men in Paris. They possess a quiet, refined confidence and are delightful conversationalists. The encounter with Parisian men transports you, the woman, to a parallel universe where, despite a language barrier, men and women are able to communicate, and men openly appreciate our beauty. They are kind and engaging, and quietly display that joie de vivre. In short, social encounters with Parisian men feed your feminine spirit. There was nothing otherwise special or different about that night; the four of us talked, laughed, and Dawanna and I danced when the DJ played “Empire State of Mind.” We simply enjoyed ourselves, taking pleasure in good company, conversation and champagne. We left that lounge to go to another lounge around the corner. There, the four of us again talked, laughed and had a bit more champagne and danced. Dawanna and I returned home at 6:30 am, threw clothes in our bags, and I fell asleep sitting on my bed packing. We were awakened by the bell as the concierge came to check us out of the flat, and I scrambled to throw the rest of my clothes in my bags. Seventy-five minutes after we returned home, Dawanna and I were in a car headed to Charles de Gaulle airport. On the plane, I reflected on the many dates I’d had in Paris over my last two visits. I’d gone out with Gils the French film producer several times on this trip and back in July, and thought about this recent encounter with Jean, and a few other men I’d met. I cannot exactly pinpoint it, maybe it is my “Bonne Chance a Paris” (good luck in Paris) but I have experienced a different interaction and dating experience when I’ve dated French men. Parisian men have an appreciation for the art of love, and the men openly show a true admiration for all things woman; something that is often missing in the interaction between “les personnes Americans.” Many of my friends, and I’d dare say, many American women feel that our interactions with American men are devoid of romance and display a lack of genuine appreciation for women. I believe our collective female American spirit yearns for that engaging interaction, and my female spirit has no problem dating outside my culture to satisfy that spiritual yearning. For me, Paris is the new L.A. With Skype, BBM, and a short six-hour plane ride to one of my favorite cities, bi-continental dating is both exciting and seamless. When I returned home that afternoon, Jean called to check on me. He inquired about my plane ride, how I was feeling and expressed how much he enjoyed being out with me the night before. I was touched that he asked if Dawanna returned safely, and we talked some more. Then I rolled over and went back to sleep. The next day, Jean wanted to Skype, and despite my protestations against a video chat in my state, I gave in. My change of heart was surely due to that quiet Parisian charm, wherein he insisted that my looks didn’t matter; he simply wanted to see my face. My female vanity caused me to moderately pull myself together for that bedridden Skype chat, and voila, virtual dating began. Over the last few years, I have decided to date any and all men who are nice to me, and meet the qualifications on my check list, irrespective of race, culture, religion or geography. Who knows where this, or any dating relationship will go, but I am approaching this with an open mind, and not shutting him down as we get to know each other. Looking back on that night, I can’t help but laugh at how an impromptu five minute nightcap turned into a five hour, after hours, pre-departure excursion that yielded such a wonderful, unexpected result. I’m also thanking God that I have evolved to a place where I value myself — appreciating these experiences, and knowing that I deserve them.