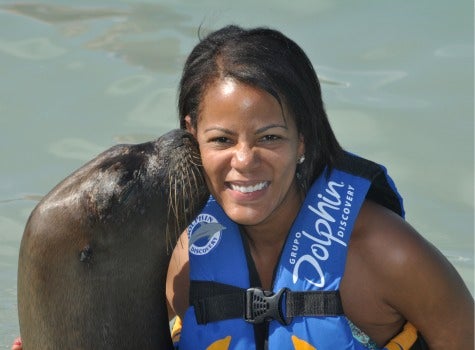 As the new year starts, most of us tend to take stock of ourselves and reassess our lives and our relationships. Some of us make resolutions, while others do not. No need to give ourselves the side-eye if we fall short before the next snowfall.

Every article this time of year focuses on making the 2011-you a better version than last year’s model. I tend to shy away from that kind of thinking. I like me just fine, thank you. I am not saying that I do not have room for improvement, of course I do, but I do not store up all my goals and objectives and vow to change certain behaviors once a year on some culturally dictated date…

On the contrary, self-assessment is a year-round process of checking in to see where I have been, where I want to go, and what I need to do to get there. In our reflective time, we can see clearly if we need to continue on that path, or get off that hamster wheel if it isn’t working for you.

Upon checking in, I realized that I was where most women are this time of year; frazzled and pulled in a hundred directions. Work, board work, writing, managing clients, French classes, and a recent breakup — I was spent. The normal pressures of work and life were compounded by the holiday and end-of-year stress. As women, you know the feeling, whatever loads we gladly bear, we’re too blessed to complain. But all of this confusion and anxiety can throw off your chi, your balance of energy, so you need to check in to get centered.

I’d been looking forward to some R&R and gaining inspiration by taking a holiday vacation with my then-boyfriend, but those plans evaporated along with the Parisian. For me, no man, no problem. That has never stopped me from doing what I wanted to do, and in this case it was traveling. So, just as I did in “Setting Sail,” off I went on a solo trip for rejuvenation and inspiration.

The beauty of traveling alone is you have no agenda but your own, so I always try to cross something off of my Bucket List. In “Setting Sail,” I wanted to go to Monaco, so I planned around that. This time, the only thing I wanted was to swim with dolphins. I know this may seem like a strange thing to plan a vacation around, but hey, don’t judge me, I have been a sucker for dolphins since Flipper. It’s been on my bucket list since I was about 6, and for anyone who doubts me, my mother will gladly pull out the photo of her four-eyed, pigtailed daughter in a horrific pinstriped halter jumpsuit posing outside Flipper’s Aquarium.

I dove into travel mode and quickly decided on Cancun; it’s close enough and I’m going solo, so it was important for me to have some familiarity with it. The bucket list bonus is that I found Dolphin Discovery, a socially responsible training facility where the sea life resides and trains in the ocean versus an aquarium, so that tempered any reservations I had about dealing with animals in captivity.

I started out with a sea lion named Michele who was full of personality. The trainers gave us an overview of the species, they are gentle, can walk on all fours, swim, talk, sing and best of all: kiss. Who would have thought that I would have gotten my first kiss of 2011 from a sea lion?

Next, I spent some time with manatees. I never knew much about them, but they too are gentle creatures and they’re so ugly, they’re cute. Then, I moved on to the dolphins. If you know anything about me, you know I was all in. After a few minutes with the trainer, two dolphins, Fatima and Angel came up behind me and foot pushed me so fast through the water, I was standing up! In the next breath, the trainer told me to grab their dorsal fins, and off we went again. This time, I was flying through the water, similar to body surfing using dolphins instead of a boogie board. I swam and played for the rest of the time and I finished with hugs and kisses.

We tend to take nature for granted, but I can say, just spending time with all of these animals, domesticated or not, changes your perspective and balances your energy. I kept thinking how blessed I was to have done something so simple, which brought me such joy. Check that off the bucket list.