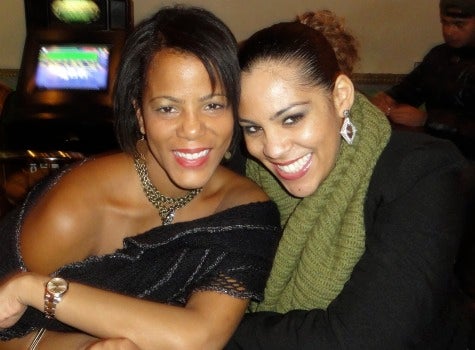 A weekend in Brussels has never been on my bucket list. However, I can relate to George Clooney’s character in “Up in the Air” when he says he never does anything without it benefiting his miles. As a frequent traveler, and as financier of much of that travel, I know the importance of airline loyalty programs.

The miles have tremendous financial upsides. Miles are like chocolate; the more you have the more you want. So as I sat looking down the barrel of 16 inches of snow and American Airlines’ double miles promotion was due to expire, I bought a ticket to Belgium and went off on another adventure.

To Americans, Belgium isn’t really famous for anything, except waffles, chocolate and fries, but I saw the opportunity for good food and a chance to practice my French. Of course, I never go anywhere, even on the spur of the moment, without a well laid plan, so I’d armed myself with travel books and maps, and was ready.

As I say, the surest way to make God laugh is to have a plan, so you have to flexible. After all the planning, I ended up on a detour to Amsterdam, a quick train ride from Brussels, to visit my friend, Zanillya. The irony is that for over two years, we’d tried in vain to get our schedules to mesh to arrange a visit. But with two days notice, I now had a train ticket, and a dinner date with my friend and her family.

Zanillya came to pick me up at the hotel and her smile as perky as ever, yet I knew sadness lay just behind her eyes. Recently, her father, a famous musician, had died suddenly. She’d been dealing with the normal challenge of settling his estate and the abnormal challenge of grieving in a fishbowl. As we got caught up, Z looked at me and said, “There’s no mistake that you’re here now; this is divine timing, I needed a friend, some girl time.” Maybe this was all God’s hand, I thought, after all we’d planned in two days what we’d been unable to accomplish in two years.

Zanillya introduced me to her family, and her mother cooked a wonderful meal. We hung at local spots with some of her friends and it was good to be in a foreign city with locals because I saw parts of Amsterdam that I’d never seen before. Later, as we sat chatting, just as with any girls’ night out, the talk inevitably turned to men and relationships. Zanillya is blissfully ensconced in throes of a new-ish relationship, and I am single, so I knew where this was headed; the dreaded “Are you happy being single?” conversation!

Among the many questions, Z asked me if I wanted a relationship. “Yes, of course, if it feels right.” “Why do you think you are still single?” “I’m not still single, I’m divorced, between significant others; I really don’t think about it much. It will happen when it’s supposed to.” And then the dreaded: “Well Lisa, you are so ______________ (insert adjective), try dating different guys; maybe lower your standards.” “Honey”, I said, “if you knew some of the characters I’ve given a chance, you wouldn’t say that.” Then finally, “It’s okay, really, don’t worry, he’ll come when you stop thinking about it.” “Z, babe, newsflash: I’m not thinking about it, you are. I’m having fun, you don’t hear me whining about not having a guy.” And with that, I thought the conversation was over.

As if on cue, my BlackBerry buzzes. It’s Jennifer, an old friend, but newly coupled-up as well. We’d been texting the day before, so I expected a “Hey, are you having fun?” text. I looked at my BBM and read Jennifer’s message, “So would you like a committed relationship/marriage again or do you like dating?” I honestly couldn’t believe this! I was having the same virtual conversation with Jennifer that I was having in real time with Z. Is this divine timing?

Then it dawned on me, love does something to women. Women love love, and newly coupled women have a renewed energy about love and men, which is great. If we’re in love, we want our friends to be in love and experience that same euphoria. I’m not in love, but I love the fact that my girls want me to be. I still don’t know what those overlapping conversations meant, but Zanillya swears love is around the corner. “From your lips, to God’s ears,” I said, and took another sip of my drink, and with that, that very long conversation was finally over.

I did not seek love in Amsterdam nor did I find it Brussels. As a matter of fact, the closest I came to a guy was snuggling up to the fat boy made out of Belgian chocolate at one of the shops for a photo op. I eventually got back to my plan of food, French and chocolate, and had a great time in Brussels.

As I sit writing in my hotel room, I still don’t know if it was simply God’s hand directing me to Amsterdam so I could be there for a friend, or if I’m supposed to intuit some divine message from my conversation with Jennifer and Zanillya. Maybe it’s both. For the record, just because I’m “single,” it doesn’t mean I’m lonely or don’t have room for a relationship. Traveling, writing and my practice make me a better person. What I do know is that God’s plan hasn’t steered me wrong yet.

I’ll continue to look for the cues, go with God’s plan and see where His adventure takes me.