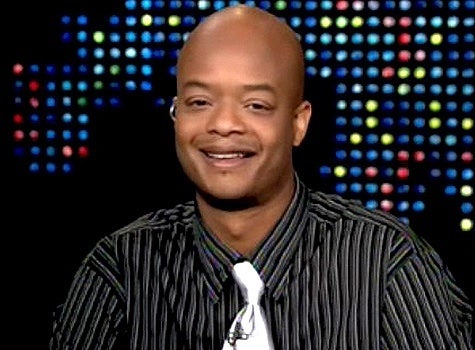 Former child star Todd Bridges has been on a media blitz this week. Sure, he’s got a book to sell–his memoir, “Killing Willis: From ‘Diff’rent Strokes’ to the Mean Streets to the Life I Always Wanted,” recently hit bookstores–yet it’s his harrowing journey to redemption that speaks volumes about a problem that continues to plague many young people in Hollywood and beyond: Addiction. Bridges, now 44, spoke with CNN’s Larry King on Monday night to shed some light on the troubles that led to his drug-fueled spiral. While many of his struggles were well-documented in the tabloids during his 80s heyday, what we didn’t know was that he’d endured emotional and physical abuse at home, courtesy of his father, as well as sexual abuse at the hands of a former publicist. “I was definitely on a suicidal path,” he told King. “[Working on ‘Diff’rent Strokes’] actually kept me sane, but when the show ended, I had all of those problems on top of me and I didn’t know how to, rationally, fix them. Doing drugs was just a way for me to cover up the pain. I never thought I’d get addicted. I was wrong. I thought drugs could make me feel better, but in retrospect, what [they] did was tear me down and send me to jail.” By his own admission, Bridges, whose drugs of choice once ranged from crystal meth to crack with the occasional weed binge, has been clean for 17 years. But sadly, we are watching a whole new crop of people succumb to the throws of addiction and this time around, prescription drugs are the culprit. In recent months, a large handful of celebrity deaths have been shrouded in mystery, yet everybody seems to know the real deal. And as much as it still pains us to admit, the evidence points to the fact that Michael Jackson, too, suffered from problems related to addiction. Though Bridges’ memoir has shed new light on the problem, it’s a subject that never quite goes away. Addiction specialist and host of VH1’s “Celebrity Rehab,” Dr. Drew Pinsky, is well-versed on the dangers of substance abuse. During his show’s three seasons, he’s assisted Rodney King, Dennis Rodman and former child star, Jaimee Foxworth, with facing their emotional and addiction issues. As we move forward as a society, Pinsky, offers a very grim prognosis for our young people everywhere.    “Addiction is a fatal disease,” Pinsky noted about the rise of prescription drug misuse during a recent visit to “The Today Show.” “Unfortunately, we are going to see more of this killing young people because of the pandemic of prescription medication abuse today. This is the beginning of a tsunami we’re seeing. I hope something happens [to change that], but it hasn’t been happening so far.” Read more:

Pepper Is Providing $5K To Black Women To Launch Their Busin...

Idris Elba On How Fatherhood Helped Him Fight An Apex Predat...

Hallmark’s Next Releases Were Made For Us!