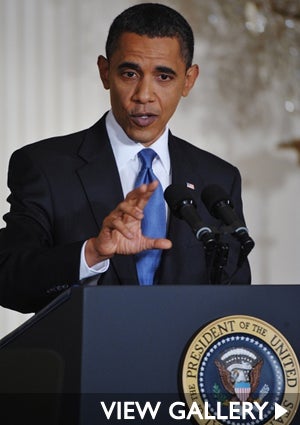 The national “War on Drugs,” which escalated in the 1980s with the creation of mandatory minimum prison sentences, notoriously drove criminal justice stats off the charts. According to the Sentencing Project, drug offenders in state prisons have increased thirteen-fold since 1980, and drug offenders currently account for half of the federal prison population. Not so surprisingly, these trends have disproportionately impacted African-Americans, who make up 56 percent of drug prisoners. Early in his term, President Obama vowed to usher in a new drug-fighting approach, and his administration recently launched its inaugural National Drug Control Strategy. “It outlines five-year goals for reducing drug use and its consequences through a balanced policy of prevention, treatment, enforcement, and international cooperation,” said Gil Kerlikowske, Director of National Drug Control Policy and former Seattle Police Chief. Those five-year targets include reducing the rate of youth drug use, and the incidence of drug-induced deaths, by 15 percent. The plan involves increasing drug screening and intervention in healthcare settings, supporting drug courts instead of incarceration, mandating treatment for chronic drug-using offenders who overload the healthcare and criminal justice systems, and supporting re-entry programs for ex-offenders. Reactions from drug policy specialists have been a mix of optimism and caution. First, The Good News “People are beginning to realize that this is a medical problem, and not a morality issue,” said Judge Arthur L. Burnett, executive director of the National African American Drug Policy Coalition. He particularly lauded the administration’s promotion of drug courts, which combine judicial supervision and treatment to help substance abusers break their addiction. “We ought to treat drug addiction like a mental illness, and not just warehouse people in prison.” Marc Mauer, executive director of the Sentencing Project, had a similar response, also voicing approval of Gil Kerlikowske’s appointment to direct the national drug policy. “It’s helpful to have a leader in law enforcement, rather than another public health official, talking about prevention and treatment,” said Mauer. “It has more credibility when it comes from law enforcement, and he speaks from the heart about it.” The Challenges Yet one problem that both experts identified is the lack of funds to support these efforts. While the White House proposes a 13.4 percent spending increase for prevention initiatives, including youth mentoring programs, they’ve called for Congress to increase spending on treatment by just 3.7 percent. “The philosophy is great, but the amount of money that Congress is appropriating is only sufficient to provide services to about 10 to 15 percent of the people that need them,” said Burnett. Another critical issue, according to Mauer, is that the Department of Justice hasn’t substantially shifted its focus when it comes to prosecution. “There’s been criticism over the years that the federal courts take on too many drug cases,” said Mauer, explaining that many inmates filling federal prisons are from lower levels of the drug trade-street corner dealers, couriers and mules-whose cases are better handled locally. “While Attorney General Eric Holder has said some encouraging words about the need to be smart on crime, we haven’t yet seen evidence that the range of prosecutions have shifted significantly.” Thanks to the war on drugs, there is also the concern of “collateral consequences,” which makes access to welfare benefits, public housing, and college student loans off-limits to people with drug convictions after their release from prison. These laws, however, can only be changed through Congressional action. Despite the challenges ahead, advocates are optimistic about the administration’s overall course. “I appreciate the visibility that they’re giving to prevention and treatment,” said Mauer. “It’s just a question of what it’s going to look like in practice, and whether or not we’ll begin to see a shift.” For more of Cynthia Gordy‘s Obama Watch stories, click here.