She’s prepared to go above and beyond for her independence. She’s a feminist. She loves her man, and her family. At least that’s our takeaway from Beyoncé’s autobiographical documentary Beyoncé: Life Is But a Dream on HBO. The famously private singer went ahead and opened up her life to her fans in the intimate 94-minute doc featuring everyone from Blue Ivy (cue the coos) to her extended family. Here are seven things we learned about the ESSENCE Fest performer:

Her independence is key.
From the beginning Beyoncé makes it clear her break from dad Mathew Knowles in 2011 was one of the toughest decisions she’s ever had to make. But it had to be done. “I needed a break,” she says. “I had to sacrifice my relationship with my dad. It was a stressful, sad, difficult time but I had to let go.” After the break Beyoncé becomes her own manager and must decide the direction of her career. “What do you want to do?” she recalls asking herself. “Do you want to be successful at radio? Do you want to kiss asses? Do you want a career? Do you want to focus on your life?”

She’s still puzzled by people’s curiosity about her personal life.
Throughout the film Beyoncé shares that she battles with how much of her personal life to reveal to her fans. “I think when Nina Simone put out music, you loved her voice. That’s what she wanted you to love,” she says. “You didn’t get brainwashed by her day-to-day life and what her child is wearing and who she’s dating and, you know, all the things that really — it’s not your business, you know?” 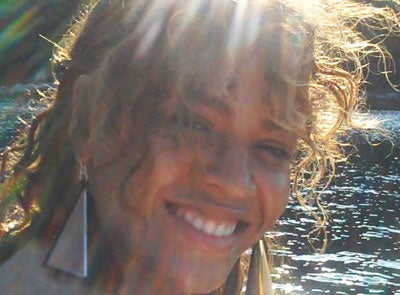 She loves her man.
Okay, we already knew this one, but the video of Beyoncé giving a toast at Jay-Z’s birthday party is just too precious to ignore. “You taught me how to be a woman,” she says, clearly emotional. “You’ve given me so much in life. There’s not enough I can give you. I just want you to be happy. Every year I’m even more in love with you and I want to spend the rest of my life with you and I thank God every day for you.” Aww, what a beautiful dedication.

She believes in women, and most of all, sisterhood.
Beyoncé has made a career out of encouraging women to be independent and fulfill their dreams. In Life Is But a Dream we get a better sense of where she gets it all from. Her mother Tina Knowles played a large part, as did the many women who would come through her hair salon. From them Beyoncé says she learned about the commonalities among women and the need for women to support each other. “It’s difficult being a woman. It’s so much pressure, and we need that support sometimes,” she says. “We’re all going through our problems, but we all have the same insecurities and we all have the same abilities and we all need each other.”
And women are the ones who empower her. “I love my husband, but there’s nothing like a conversation with a woman that understands me,” she adds. “I grow so much from those conversations. I need my sisters.”

She loves her computer.
Beyoncé’s intimate video diaries give us the real meat of who she is and what she’s thinking. She records her thoughts in bed, in the car, on an elevator, and even on the beach. “I talk out loud so I can get all of my thoughts out and try to figure out the issues that I’m having,” she says. “Thank God for my computer.”

She loves her family.
While most of the documentary is about Beyoncé’s superstardom, she continually reaches back to show how much her family has shaped who she is. “I am a result of my grandmother’s prayers,” she says. In one of the more memorable parts of the film we see her extended family sitting at a dining room table going through old family photos while Beyoncé cradles Blue Ivy. In that moment we see her in her most candid form, with no makeup and at her most comfortable.

What did you think of Life Is But a Dream?