Americans eat roughly 60 percent of their diets from processed foods, 30 percent from animal products, and less than 10 percent from the good stuff—fruits and vegetables. Joel Fuhrman, M. D., nutritional researcher and author of the newly minted New York Times bestseller The Eat to Live Cookbook, is on a one-man crusade to change that. “People have to start taking charge of their own lives,” says Dr. Fuhrman. “Drugs and surgery can’t keep us healthy, but eating better will.” Here he shares the best cancer-fighting, fat-blasting foods to incorporate into your daily diet—now. 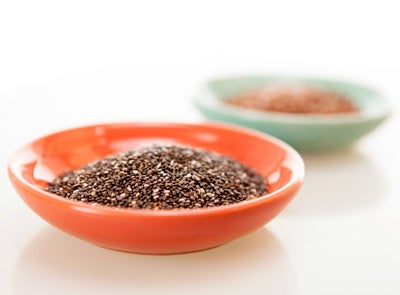 1. Flax and Chia Seeds: These teeny seeds are nutritional powerhouses. They contain more lignans—a cancer-fighting antioxidant—than any other food.  Some studies have shown they protect against breast and prostate cancer particularly well.

How to eat them: Pour as little as a tablespoon of chia or flax on top of breakfast—your cereal, yogurt, or oatmeal. At lunch, sprinkle on salads or mix with dressing.

2. Mushrooms: Chemicals in these fungi interfere with the storage of fat and tumor formation by inhibiting blood vessel growth.

How to eat them: Cooking rids mushrooms of a very mild carcinogen, so it’s best not to consume them raw. Eat about 20 grams per day—that’s the size of your thumb—in soups or stews.

3. Arugula and Watercress: An enzyme called myrosinase resides in the cell walls of green veggies. As you chew say, arugula, myrosinase is released and combines with other chemicals in the cells to form a very powerful anti-cancer compound. Bottom line: Don’t cook these.

How to eat them: On salads or sandwiches. Other green cruciferous vegetables like kale, collards, and broccoli, are just as powerful as arugula and watercress, but we tend to heat them before eating which erases some health benefits. Dr. Fuhrman suggests chopping greens in a blender to release their healthy enzymes before cooking. 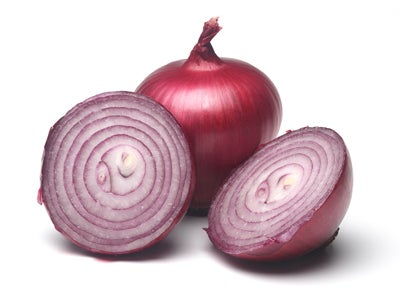 4. Raw Onions: Studies have shown a 50 percent reduction in cancer among the those who consume the most raw onions, about 1/2 cup per day.

How to eat them: Dr. Fuhrman adds a slice of red onion on every sandwich and bean burger. Eat them on top of salad or blend them then cook (just like the greens above).

5. Adzuki or Lentil Beans: Beans are the best source of carbohydrates and protein. They’re low-calorie but filling, won’t raise your glucose levels, and have been shown to reduce the risk of developing colon cancer. Adzukis and lentils are small and cook quickly and easily.

How to eat them: Cooked in soups or tossed on top of salads. 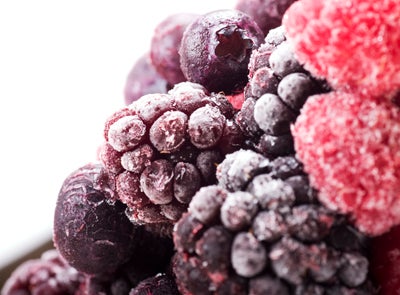 6. Frozen Berries: Berries are high in flavonoids which boost heart health and contain an antioxidant ellagic acid that blocks tumor formation. Frozen berries are about half the price of their fresh counterparts but generally aren’t sprayed with fungicide.

How to eat them: Add to cereal or whip up in a blender with orange slices, almond milk, and dried fruit for a delicious smoothie.

7. Artichokes: They’re low-calorie yet filling, packed with Vitamins C and K, and are number 7 on the USDA’s list of top antioxidant-rich foods.

How to eat them: Cut the artichoke in half, cut out the heart with a small knife then steam for exactly 18 minutes (“Perfection,” says Dr. Fuhrman).