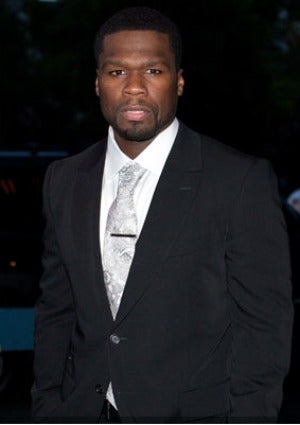 Rapper 50 Cent is the latest celebrity embroiled in a nasty Twitter brawl – this time with glam songstress and alleged former girlfriend, Ciara. The rapper took to some serious name-calling after Ciara commented on one of his tweets.

After returning from a party at the Playboy mansion, 50 tweeted,” I just left the Playboy mansion. I think I want to be a pimp now. Sh*t I have strong pimp qualities. Lol. I’m looking for girls to start my new line of work. Are there any strong potential hoe’s on tweeter right now. Lol”

Ciara immediately tweeted a response to the rapper’s joke, noting, “The things people tweet say a lot about their character, pay attention! : )”

In his own 50-fashion, the rapper responded with an even nastier quip than the first:
“Yea I tweet things that reflect my character b*tch. I have a sense of humor get one. lol that’s why your 3 milli followers behind me.”

The brief war of words eventually fizzled with 50 dismissing Ciara, saying he refuses to argue with her on Twitter, and that she should “cut it out.” By now the rapper is no stranger to controversy on Twitter. A few months ago his seemingly homophobic rants about shooting up a gay wedding and gay men committing suicide got him in hot water with more than just his 3-million plus followers.