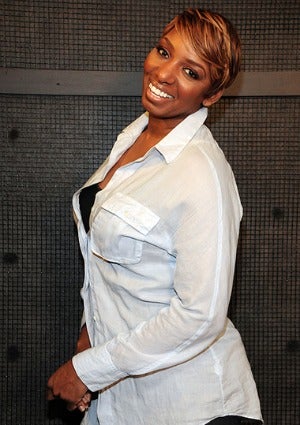 The one and only NeNe Leakes visited ESSENCE.com to catch up on all things “Real Housewives.” She’s dishing on her non-existent relationship with Kim, working as an entertainment journalist in Atlanta, pregnancy rumors and what to expect on this Sunday’s episode.

ESSENCE.com: In last week’s episode we see you working your new job as an entertainment journalist. How is that going?
NENE LEAKES: I am doing the whole entertainment journalist gig in Atlanta and it’s working out for me. I am interviewing with bigger companies and I want to be on a national level. My dream job would be to have my own talk show.

ESSENCE.com: What’s your relationship like with Kim and the other housewives?
LEAKES: Kim and I do not have a relationship. I don’t plan on having a relationship with her. We have not spoken in six months. That argument on the bus happened in July of 2010. I haven’t spoken to her since and it is January! I’m not a really a go-out girl. So I really don’t run into the other housewives. I’m really cool with Cynthia, I think she’s the best one out of all of them. So, I don’t have a relationship with her and don’t want one with the rest of them. But I will say that Kandi is genuine.

ESSENCE.com: What can we expect on the upcoming episodes of “RHOA,” especially this Sunday’s episode?
LEAKES: We only have three more episodes left and this Sunday you’ll see Kim and I on the bus where I think Kim is saying some nasty things. Some people think she’s racist. You’ve heard Kim call Kandi’s producer “nappy ass” and some Black people take offense to that, I personally don’t. I just think that when you have a limited vocabulary there isn’t a lot you can say. She said things like “dumb ass” to her assistant Sweetie. She says “f***king bitch,” “sit yo ass down,” etc. It’s just amazing to me that someone’s vocabulary could be so limited. Again, it has nothing to do with Black and White but everything to do with respect and dignity.

ESSENCE.com: How do you feel about the pregnancy rumors?
LEAKES: I thought they were hilarious. Most people that know me know that I would never have a baby. We all laughed at it. They know that I never really wanted to have more than one child actually. But when I got married, my husband wanted to have a baby and he talked me into having one and everyone knows that. Brentt will be 12 years old next month and why would I wait 12 years?

ESSENCE.com: You recently finished filming “The Apprentice.” How was that experience? How was it working with LaToya Jackson and Star Jones?
LEAKES: Working with LaToya was great. We did bump heads once and we straightened it out. We’re cool today and we do keep in contact. I actually think she’s very genuine. I think LaToya and I really get each other. I think we saw a piece in each other and we had a real connection. I really understand LaToya and what she’s been through. I knew that Star was funny acting when I came, but I tried to move past it and be cool. Then I started seeing how she really is. She is really competitive.

Catch the next episode of “Real Housewives of Atlanta” on Bravo on Sundays at 10pm.