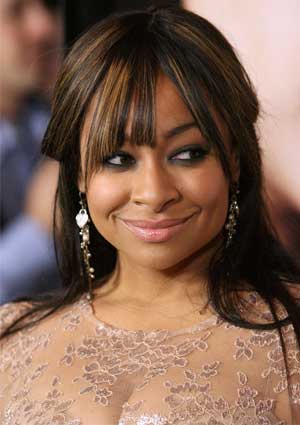 Raven-Symone shared her inspirational story with 110 high school students and their families this past week at the fourth annual Disney Dreamers Academy in Orlando, Florida. In the midst of all the action, ESSENCE.com Managing Editor Emil Wilbekin caught up with Raven to talk about why it’s important for her to inspire America’s youth, the best advice she’s ever received, her newest TV show “The Great State of Georgia” and more…

ESSENCE.com: Why is it important for you to be here today to inspire these young people?
RAVEN SYMONE: Because I am 25, I am young and I need inspiration as well. I also remember being in this audience. In my schools, I never had a program like this, but there was always someone watching out for me and giving me advice. I never listened [to them] because they were so OLD. I was like ‘You don’t even know what’s going on right now. I have Twitter, I have this, I have this….’ And so I think since [these young people] know that I am right there with them and I know and I’ve been through a lot that a normal 25-year-old probably shouldn’t go through, I’m able to tell them the honest truth.

ESSENCE.com: What’s the best advice someone ever gave you?
SYMONE: To stay professional. I don’t know what’s going on in this week, but I’ve been late to everything and I’m normally 30 minutes early. I think the moon is out. I think we’re in retrograde because I feel super unprofessional. If I am five minutes late, in my mind, that’s like being an hour late. There are people that have jobs and that have work. It’s funny because I was talking to someone and they said, ‘You should know who you are. You can be 30 minutes late. They’ll wait.’ I said ‘Yeah, but why would they?’ Don’t they have people at home that they want to go see? Don’t they have other things that they have to do? And why am I late, because I just wanted to watch Oprah? I will TiVo her and finish my hair and makeup. I have had meetings where I was literally two hours early and I will be in my car chilling and relaxing because it keeps me grounded and I can be there on time. You know what I’m saying? You never know.

ESSENCE.com: What advice would you give to young people who have become successful to be sustainable and keep a sustainable career?
SYMONE: It depends on what you’re doing. But I think the one underlying thing is to stay current, but not in a pop culture type of way. Be up on the next technology. Be up on the next movement. Understand where the topic that you’re working in is going so that you can be ready for that change. I have that problem. I’m still living in the 1990s in the entertainment industry because I [ask myself] ‘Why do I have to tweet? I don’t understand.’ Back in the day, it was more mysterious to be in the entertainment industry. We didn’t need to know everything [celebrities] were doing. But I have to get over that. I’m learning this myself as I tell this to other people. You have to take advantage of it, but at the same time remember the moment so that you can always move forward.

ESSENCE.com: Tell us about your new show.
SYMONE: “The Great State of Georgia” on ABC Family will be coming out in the middle of the year. It’s a super awesome show with Loretta Devine and Majandra Delfino. It’s a story about a girl from Georgia who moves to New York and who thinks she’s amazing, because she is. Everybody else just doesn’t quite understand yet. It’s an amazing show and I’m super excited to be a part of it. And since ESSENCE is going to have me on their cover to promote it I’m super more excited! [Laughs]