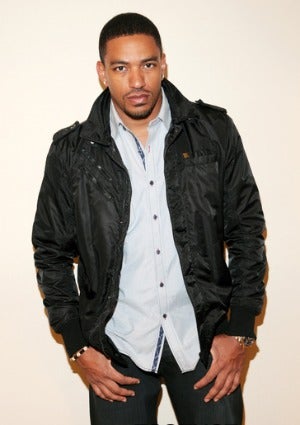 Sunday nights just got a little bit sexier. Blame it on Laz Alonso, the star of A&E’s new crime drama, “Breakout Kings.” The D.C. native and Howard University alum, whose film credits include “This Christmas,” “Avatar” and the upcoming “Jumping the Broom,” says television is a lot different than movies. “In film you know the beginning, middle and end of a character but in TV there’s a certain amount of uncertainty because your character isn’t completely developed in the first episode.” Luckily, Alonso is worth the wait.

ESSENCE: Marshals and cons don’t usually work together, but they do on “Breakout Kings.” Can you tell me about the show?
LAZ ALONSO: In the show, my partner and I are both marshals. My partner came up with an idea to create a team of cons who have all escaped from prison—in really creative ways- and bring together a task force that can help us catch cons on the run.

ESSENCE: You’re playing the leading man in “Jumping the Broom.” What attracted you to the project?
ALONSO: First and foremost, the character resembles my life so much. He grew up with a single mom, had to wear the pants in the home very early, went to Howard University, and worked on Wall Street. There were a lot of parallels; almost as if the character was tailored for me. In addition, the story itself is so beautiful and compelling. It’s been a long time since I’ve been this excited for a film to come out. You’re going to laugh throughout the whole film and even the emotional parts have some comedy built in them. And the cast: Everyone bought their A-game.

ESSENCE: Have you ever dated someone from the other side of the track?
ALONSO: Yes, that has happened to me. Growing up in D.C. there are so many different types of educational and professional levels. They call D.C. chocolate city but just because we’re all chocolate doesn’t mean we’re all the same. In D.C., everyone co-exists harmoniously but the lines are still drawn. And people don’t really step over those lines.

ESSENCE: Which of your roles has been most challenging?
ALONSO: Miracle at St. Anna. I was challenged by Spike Lee. When he offered me the film, he looked me square in the eye and said, ‘You start this film off and you end this film. I don’t want a dry eye in the theatre. Can you pull that off?’ He was dead serious. He wanted me to tell him right there if I really thought I could pull it off. I knew I could and I looked him square in the eye and told him, ‘Trust me Spike. I promise you there won’t be a dry eye in the theatre.’ He just looked at me, shook his head and said ‘Aiight, I trust you.’

ESSENCE: Last question, how did you get so sexy?
ALONSO: {Laughs} Wow! First of all, thank you for the compliment. I’m over here blushing. What may help me is that I laugh at myself. I don’t take myself too seriously. But I’m really gracious and flattered. I’m flattered that women think that I’m sexy.