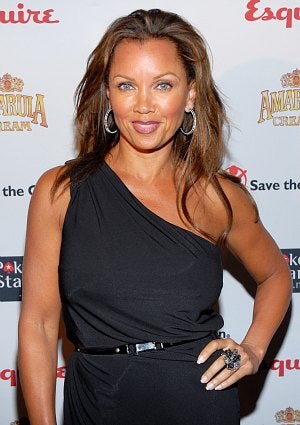 Tonight, actress Vanessa Williams, will be featured on the second season of “Who Do You Think You Are?” a show that follows celebrities through their family lineage. The episode features the story of two Black men; one from the South, one from the North — both trailblazing spirits who just happen to be Williams’ great-great-grandfathers.

Williams spoke with ESSENCE.com about the surprises and the joy of her journey into her ancestral roots…

ESSENCE.com: Why did you choose to participate on the show now?
VANESSA WILLIAMS: They called and I said yes! I watched the first season when they did Spike Lee, Emit Smith story and Sarah Jessica Parker’s stories. I just love history and the discovery. It’s like going on a treasure hunt, so when they called me to do this season I absolutely jumped at the chance.

ESSENCE.com: Why was this important for you?
WILLIAMS: I think it’s important to pass on this information to my kids, and family. They asked me if there was anything I did not want to know and I told them I wanted to know everything. I think it helps to inform who you are.

ESSENCE.com: What were the biggest surprises?
WILLIAMS: The pictures. I have pictures of both of them. I also got to read the minutes from the day my one of my great-great-grandfather passed. Because he was a judge, they acknowledged him in court. The beautiful tribute that they gave to him that day in court reminded me so much of the man that my father was. That was probably the biggest emotional moment for me. It spoke of a man whose passion was education, he was a schoolteacher just like my father, a faithful husband, wonderful father, gave back to his community, loved his long walks and is missed by everyone. I thought my God this could not be more descriptive of my father.

ESSENCE.com: Why do you think its so important for African-Americans to build a family tree?
WILLIAMS: I’ve wished I had the luxury of knowing what tribe we came from and having all of those records available going back to Africa. It is one of our struggles as African-Americans, our lack of documentation. It is difficult to find documents and pictures due to slavery, financial issues, etc., this was truly fascinating.

ESSENCE.com: You’ve broken so many boundaries in your own life. Did you find any other trailblazers in your lineage?
WILLIAMS: This story is about two amazing men, one born free, joined the military and was a part of one of the first to be deployed to the Civil War. The other born a slave, became a member of the Tennessee Legislature and later a judge. Both, in their lifetime do courageous things and are a part of this history-making process in the mid-1800s. And they’re my ancestors.

Catch Vanessa Williams on “Who Do You Think You Are?” on NBC at 8pm.


Ancestry.com, the world’s largest online family history resource and an official partner of NBC’s “Who Do You Think You Are?,” recently launched 250,000 new updated historical records documenting African-American family history.

Have you ever thought of tracing your ancestral lineage?