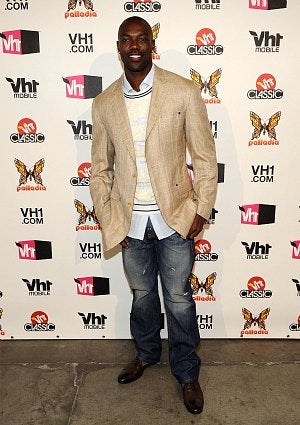 Most recently known for his exploits on his VH1 dating show, the last place you’d expect Cincinnati Bengals wide receiver Terrell Owens is at an Alzheimer’s charity event. But that’s exactly where he’ll be tonight as he hosts his first annual “Speakeasy Soiree” in partnership with The National Alzheimer’s Association.

Owens spoke with ESSENCE.com about his involvement with Alzheimer’s and which celeb friends are joining him to raise money for awareness.

ESSENCE.com: What made you choose to give back to Alzheimer’s awareness?
TERRELL OWENS: It’s a continuation of what I’ve been doing since 1996 when my grandmother was first diagnosed with the disease.

ESSENCE.com: Have you been affected by the disease?
OWENS: Just as everyone who has a loved one suffering from Alzheimer’s has been affected. You’re dealing with the fact that you’re losing this person slowly, piece by piece every day, every year. My grandmother, who pretty much raised me, was diagnosed the year I was drafted into the NFL so she’s never really known that I’ve reached these great accomplishments.

ESSENCE.com: What are some misconceptions you think people, especially African-Americans, have about the disease?
OWENS: That the person with the disease is crazy or that it’s just old age so why seek treatment. Alzheimer’s is indeed a disease that requires proper assessment from a medical practitioner. There are different stages from mild to severe.

ESSENCE.com: What are you hoping to achieve with the Speakeasy Soiree?
OWENS: Continued awareness of the disease and increased funding for Alzheimer’s research so that hopefully a cure can be found. Also to be able to share my story with someone else going through the same thing and lend a voice to a condition that affects millions of people from walks of life.

ESSENCE.com: And you’re bringing some of your celebrity friends along. Do tell
OWENS: Yes, me friends and teammates are coming out to support the cause! My teammate – Dhani Jones designed a special “bowtie” that will be given out at the event. Model Tyson Beckford is also attending, just to name a few!!