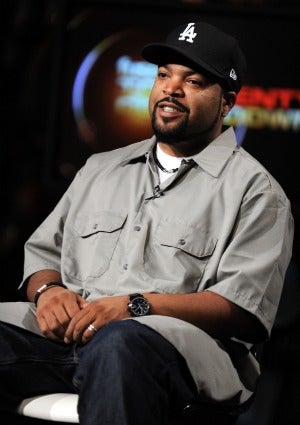 He’s been the gangster, he’s done funny. Now he’s taking over primetime for good. For O’Shea “Ice Cube” Jackson the possibilities are limitless. From green lighting your favorite film projects to recreating the face of “black” TV, Ice Cube is creating a new model for TV.

ESSENCE.com caught up with the award-winning producer about making “Are We There Yet?” the sitcom, seeing cube vision, and firsthand relationship and family advice.

ESSENCE.com: Fifteen years ago did you see yourself producing a primetime sitcom?
ICE CUBE: Fifteen years ago yeah I did see myself in this position. If you said 20 years ago I probably would have said no. But by the time we did the first “Friday” I felt like, these movies are what people want. I felt like [by] not going through Hollywood or not having training or going to school I had a different vision or more of a fan’s perspective of what people wanted. So I envisioned at this point that I would do a sitcom and fill a void.

ESSENCE.com: Why did you choose the subject matter for “Are We There Yet?”
ICE CUBE: There are a lot of blended families now. Women feel like just because it didn’t work out with the first guy, they don’t want to just stop. So they are out there trying new relationships. That’s never really been explored as much as when new families come together on Black television. This is a good way to do it. Everybody loved the movie “Are We There Yet?” and this was a way to get a broader audience on TV. That’s what we want.

ESSENCE.com: What was the process of getting “Are We There Yet?” on the air?
ICE CUBE: We came out with 10 episodes and we were waiting to get picked up. It was a 10-episode pilot. And being picked up we were able to do more episodes, and we’re now on our 27th episode. It’s supposed to turn into 100. We just came back on the air last week with new episodes on TBS on Wednesday at ten o’clock. So we just starting to hit them with the new stuff back to back.

ESSENCE.com: Are you happy with the strides that people of color are making on TV or can we do more?
ICE CUBE: I think we need more opportunities to do edgier work. Right now the edgier dramas are considered White shows. We have more things to say than just sitcoms, and we need a heavy hour drama that is controlled by Black producers to bring our dramatic stories to America every week. That is definitely shown on the HBO’s and the Showtimes. Right now we are doing sitcoms but when things start to slow down we want to explore other types of Black experiences.

ESSENCE.com: You based your first sitcom around family, so you obviously think family is very important.  Any advice for the families out there?
ICE CUBE: First thing keep everybody together. Have a your family against the world mentality. Kids get older they want to do their own thing but you got to let them know there is nothing out there that is stronger than the bond in here — not with their friends, their girlfriends. It’s not the same as your family. I taught that to my family and we stay together and we love each other.

To blended families I say, you’re not a blended family take that out of the vocabulary. Take “step” out of step daughter, either that’s your son or daughter. Once you say your vows you become a family.

Catch Essence Atkins and Terry Crews on Ice Cube’s “Are We There Yet?” Wednesday’ at 10pm on TBS