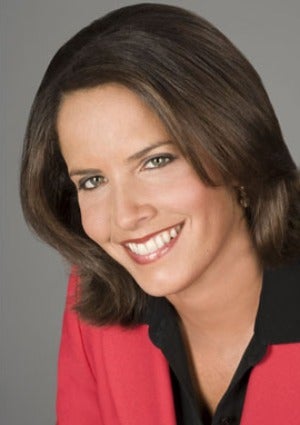 For nearly 10 years Suzanne Malveaux has worked for CNN’s White House unit where she has covered President Clinton, President Bush and President Obama. It was 20 years ago when Malveaux began her career as a general assignments reporter for New England News in Boston.

Now she is the first Black woman to anchor CNN Newsroom at its 11:00 a.m. – 1:00 p.m. time slot. Essence.com caught up with the trailblazer to find out about her new position and life as a journalist.

ESSENCE.com: Congratulations on your new position as anchor of CNN Newsroom. Can you tell us more about it?
SUZANNE MALVEAUX: I’m very excited about joining. It’s really a great position in terms of being able to reach a lot of people during those hours. People on the West Coast are just waking up; they’re making breakfast and sending their kids to school. They want to get up to speed on the news and what the latest developments are. And so we try to make sure we give folks the headlines. Then there are people on the East Coast during lunch hour who want to just check in and see what’s happening, as well as a lot of water cooler topics.

People just want to have interesting things to learn and talk about. It’s exciting because it really is a chance to do breaking news.

ESSENCE.com: What do you think about the nature of news coverage these days?
MALVEAUX: What we [CNN] aim to do is use as many media platforms as possible. We’re trying to engage viewers; we’re trying to draw them in. Some of the things we do on our show is “Choose the News.” We like to give the viewers the option of what it is that they’d like to see. We are tweeting some of the stories we are doing. I like what’s happening with the media. The challenge is that it is very fast-paced and there are a lot of moving parts. The news is 24/7, and sometimes it changes every 30 seconds. But if you are able to try to master some of the medium then you can actually watch, follow and see the story develop in real time. And that’s what we’ve been able to see with this uprising and revolution that’s taking place in the Middle East.

ESSENCE.com: In your career you’ve covered a wide range of stories, including some incredibly historical events — from 9/11, to the Afghanistan war and Hurricane Katrina. How do you successfully cover such important or catastrophic events?
MALVEAUX: You really have to have a passion for what you do, and for this job in particular. I’ve always loved what I do. In some ways while you make sacrifices, I believe in what I’m doing. I come from a family of educators and creative people. It’s an honor and privilege to cover the Presidents and hold them accountable, and also to be a part of this new experience.

This is a new way of sharing my experience as a journalist, but also growing. I think you have to love it. You have to be passionate about it. You have to be willing to take risks. I tell a lot of students who I talk to that at some point in their career, you need to be fearless. And if you have that fire in your belly, that’s the moment. The time when you are fearless is when you will really obtain your goals. People will notice. They will notice your passion and listen to what you have to say because there are so many important stories and different ways of telling it. But it’s those who really take a risk who people can appreciate their good work.

ESSENCE.com: As someone who has covered former Presidents, do you think there has been more vitriol in coverage against President Obama in comparison to other Presidents?
MALVEAUX: I think there was a lot of vitriol against President Bush as well. I think the questions are different. There are more questions about who President Obama is. It’s one of the challenges he faced during the campaign is to tell people and talk about his family life, his home life because he wants people to understand he’s not what some people have painted him as. [He’s not] some sort of other person who they don’t know, or who they don’t understand. I think President Bush got a lot of the criticism about how he won the election; and whether or not people agreed with his policy in terms of going to war. Of course under President Clinton there was a lot of criticism over the whole Monica Lewinsky impeachment period. So in covering in all three there has been vitriol. I think there’s a different kind of criticism for each one of these leaders.

ESSENCE.com: You were one of the only Black women to hold the position of White House correspondent. How did that make you feel?
MALVEAUX: Well I feel it’s an honor, it’s a privilege, it carries a certain responsibility. It’s a place where so many of family and ancestors never thought one of us could be in and that it was possible. I always felt like it was a privilege to be there, and to be able to hold our leaders accountable, to be able to ask the questions, to be able share that with people and to be in that room in that space among my colleagues. People feel connected and many people express that they feel very personal about it. I want to make sure I’m always living up to those expectations and appreciating where we are and how far we’ve come.

Catch Suzanne Malveaux on CNN Newsroom, daily from 11am to 1pm.