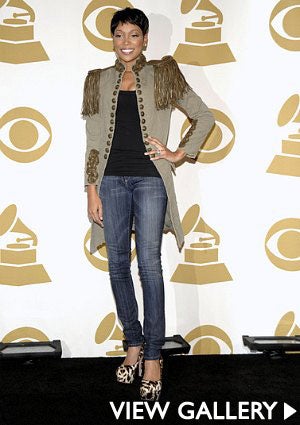 The Grammys tried something new last night by announcing nominees at the 2011 Grammy Nominations Concert. Hosted by LL Cool J, the night was a pretty good for one for artists like Drake, Monica, Cee-Lo Green and Jay-Z and Alicia Keys. Proving that she’s definitely “still standing” Monica made a triumphant comeback with two Grammy nods for Best R&B Album” and “Best Female R&B Vocal Performance.” At this year’s concert, hip-hop’s new kid on the block, B.o.B., performed alongside Bruno Mars (nominated for 7 Grammys). Find out who else rocked the crowd, and who went home with a smile.