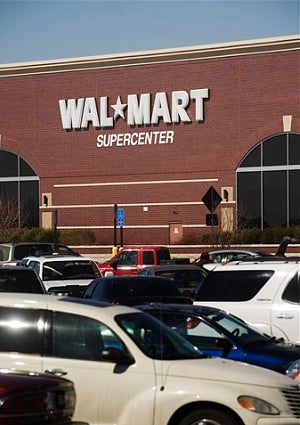 Police in New Jersey have arrested a 16-year-old boy and charged him with harassment and bias intimidation following an incident at a Wal-Mart Supercenter where he asked all Black people to leave the store over the intercom. “Attention Walmart shoppers: Will all Black people leave the store. Thank you,” the teenager said over the PA system last Sunday. A Wal-Mart spokesperson said the company is as “appalled by this” as anyone and has apologized to customers. The boy is not believed to be an employee. Police are expected to provide more details.  NAACP representatives in Gloucester County tell the Philadephia Inquirer they are aware of similar incidents at the same Walmart. Read More:
Loading the player...

Darnella Frazier, Teen Who Recorded Death of George Floyd, A...

Raven-Symoné Explains The Exact Way She Lost 30 Pounds In T...

Omar Sy Hopes 'Lupin' Broadens Imaginations: 'There Are A Lo...

Meek Mill Pushed for a Probation Reform Law in Virginia. The...