Periods. Although most young women get their period every month, there’s still a lot to learn about menstruation and how our bodies function during the four phases of the menstrual cycle. So we enlisted the help of two women’s health experts to shed some light on the things you’re less likely to learn in sex-ed or health class. Here, they also explain the differences between menstruation and ovulation.

Let’s start with the menstrual cycle basics, shall we?

In short, the menstrual cycle is the monthly process of changes that occur to prepare a woman’s body for possible pregnancy. It consists of four different stages: the menstrual phase, the follicular phase, ovulation and luteal phase.

“The time between your menstrual cycle and ovulation is known as the luteal phase,” wrote Rachel Eisenberg, nurse practitioner for Planned Parenthood clinics in Florida, in an email to ESSENCE. “The luteal phase is where the lining of your uterus usually thickens, due to the increase in your body producing progesterone, to prepare for implantation of a possible pregnancy.”

The cycle starts from the first day you get your period (menstrual phase) through the time your ovaries release an egg (ovulation). No two cycles or periods are alike, so on average, a complete cycle can last 21 days or as long as 35 days. But generally speaking, a period that shows up every 28 days is considered normal.

OK, so what’s the difference between menstruation and ovulation?

Easy. Ovulation is when an egg is released from your ovaries to be fertilized. Menstruation, or what is commonly referred to as your period, is the bleeding that occurs after ovulation, if you don’t get pregnant. During menstruation, blood, mucus and tissue flow out of the cervix and vagina each month.

“There are two phases of the menstrual cycle that take place before and after ovulation,” wrote Dr. Patrice Harold, Director of Minimally Invasive Gynecology at Detroit Medical Center’s Hutzel Women’s Hospital, in an email to ESSENCE. “Prior to ovulation, the body is producing hormones and preparing the lining of the uterus to accept a fertilized egg. Ovulation, or the release of that egg, occurs mid-cycle and if successfully fertilized, will implant on the prepared lining. If fertilization does not take place, then the lining will simply withdraw and menstruation will begin.”

Dr. Harold added that ovulation typically occurs around day 14 in a 28-day cycle, which is when the egg can be fertilized and pregnancy begins. 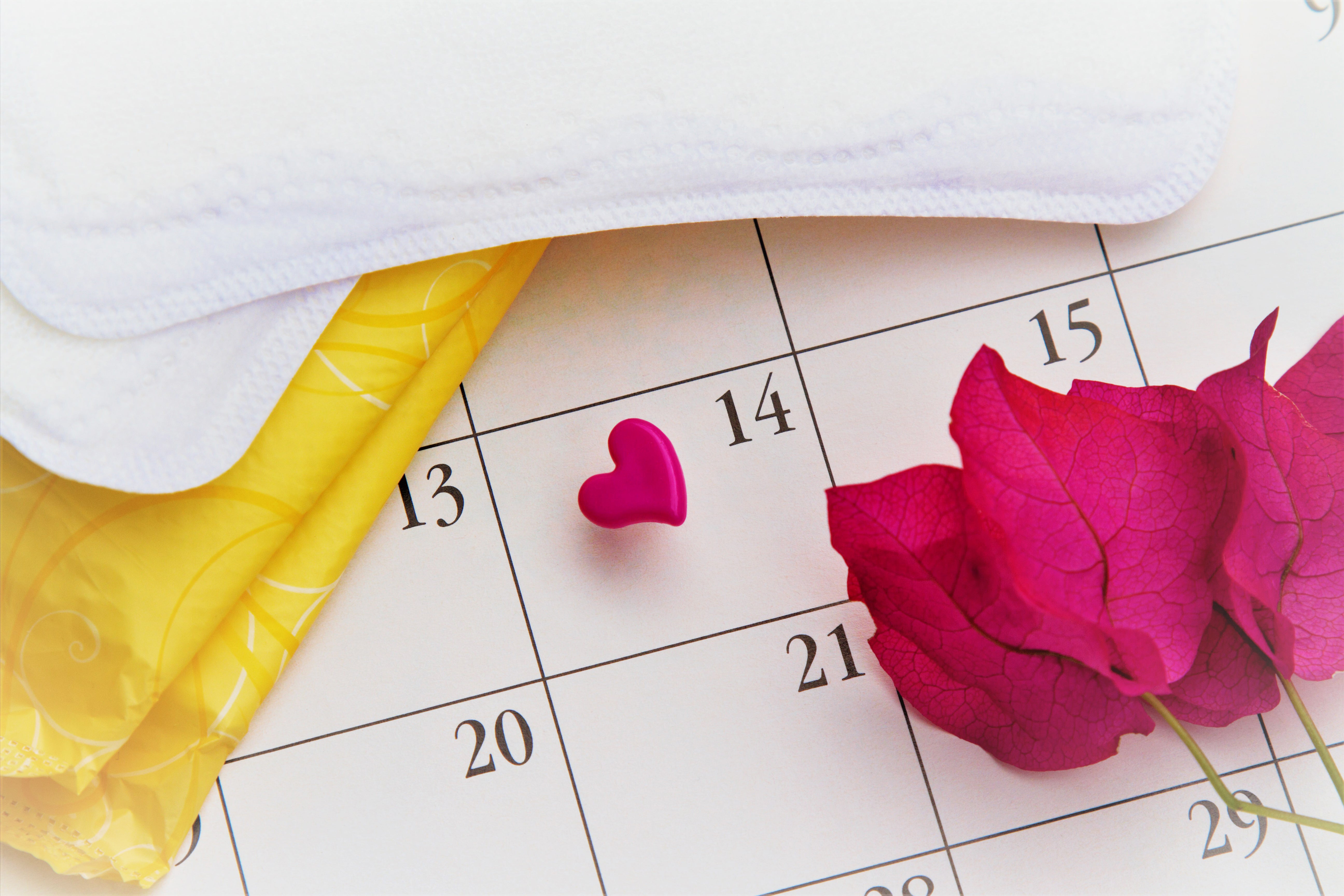 What’s the deal with the “fertile window?”

While it may vary depending on your cycle, the fertile window consists of the days when a woman can get pregnant.

“The fertile window begins about three days prior to ovulation and can last as long as 24 to 36 hours post-ovulation,” suggested Dr. Harold. “If a woman is trying to conceive, I recommend she starts having intercourse around days 11 through 14 or about 36 hours prior to ovulation if she has a 28-day cycle.”

Is there such a thing as a “safe period?”

Yes. According to Eisenberg, the safe period is when you can have intercourse without worrying about possible conception. Because the time period may vary from person to person, it’s possible for a woman to get pregnant outside of what’s considered the safe period.

“One is considered to have a safe period on days one through seven or on day 21 through the end of her menstrual cycle,” explained Eisenberg.

“If a woman is trying to avoid pregnancy, she should abstain from intercourse three days prior and three days post-ovulation,” added Dr. Harold.

What apps can I use to track my period and/or ovulation?

“Every woman’s body is different, so technology can be a big help in tracking your menstrual period and when you are ovulating,” wrote Eisenberg. “Some great apps we recommend are Planned Parenthood’s Spot On app as well as Period Tracker. Spot On is the only period-tracker app and ovulation calculator that lets you track both your period and any birth control method that affects it, including the pill, patch, ring, implant, shot and IUD.”

Eisenberg also noted that Spot On is the only app that’s completely inclusive, regardless of gender, sexual orientation and reproductive goals.

If you’re at the age where you’re thinking about having a baby, Dr. Harold suggested calculating the window of time when you’re most fertile with apps such as Glow Ovulation and Eve by Glow.