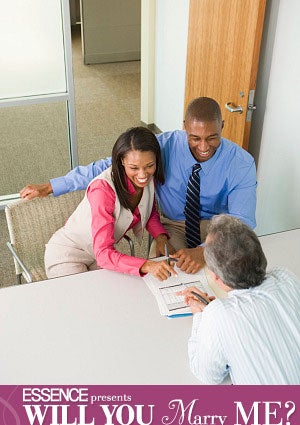 Should you get a prenuptial agreement before walking down the aisle? These days prenups are no longer relegated to rich widows or celebs fearing the worst of their less monied spouses. More and more everyday couples are opting to get prenups, according to Emily Doskow, a family law attorney and the editor of “Prenuptial Agrements: How to Write a Fair and Lasting Contract.” You’ll be signing a lot of papers as you prepare to merge your lives together. Depending on who you are, a prenup may or may not be one of the most important documents you will sign. ESSENCE.com spoke with Doskow about the meaning of a prenup and how to decide it’s it’s right for you. ESSENCE.com: What exactly does a prenup mean? EMILY DOSKOW: A prenup is a written agreement in which people can define their rights and responsibilities as a married couple differently than how their state law defines it. So, for example, California is a community property state in which all the income you earn and everything you acquire during the marriage is owned jointly no matter who earns it or acquires it. You could do a prenup that would say, ‘No actually we’re not going to own it 50-50.’ A prenup also covers issues like who owns what property, how you’re going to leave your property at death. Also if you divorce, a prenup clarifies how are you going to divide your property. ESSENCE.com: At what point should a couple be thinking about a prenup? DOSKOW: To me basically as soon as people get engaged and they’re serious about moving forward with marriage they should ask the question, “Should we consider a prenup?” It usually takes at least 60 days from first seeing a lawyer to getting a prenup signed, sealed and delivered. ESSENCE.com: What if your fiance has a lot of debt? DOSKOW: You can try to protect yourself from debtors in that way by being very clear about which debts were pre-marital and saying that you don’t have any responsibility. The other thing you can put in a prenup is ‘I’m not responsible for your debts and if a third party creditor comes in and makes me responsible for your debt you have to pay me back any money that I pay the debtor.’ ESSENCE.com: If you’re poorer than your fiance, should you even be thinking about a prenup? DOSKOW: If I make less money than my fiance then a prenup isn’t necessarily in my interest. The only time I can imagine it being in my interest is if I don’t make a lot of money and I’m marrying someone really wealthy and I’m concerned that if we divorce that person wouldn’t be generous with me. Then I might want to get some certainty through a prenup. ESSENCE.com: Who should you go to for a prenup? DOSKOW: Family law attorney’s write prenups. One thing that’s interesting about a prenup is that almost every state requires that both partners have their own lawyer. They really discourage a couple from using the same lawyer for a prenup because the party’s interests are so different. So it can be a little bit of an expensive process because of the two lawyers involved in the whole thing. ESSENCE.com: How do you suggest clients the idea of a prenup? DOSKOW: Sometimes people come in and they see the reasons for a prenup but they don’t want to do it. It doesn’t feel good to them and they’re uncomfortable with the conversations and they don’t want to think about what could happen when they divorce. I just encourage people to look at a prenup as an opportunity to really get off on a good foot for their marriage by being honest about their feelings about money and being clear about what their expectations are.  Here are few reasons why you might need a prenuptial agreement: We wonder what our Will You Marry Me? couples plan to do about money. Read More: