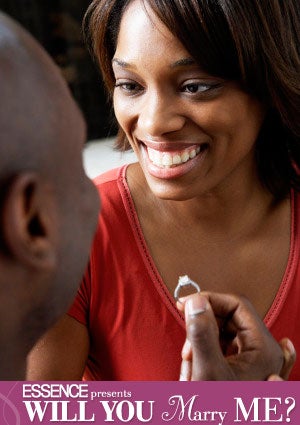 When you’re happy and in love, the last thing you’re thinking about is that you may contribute to the rising divorce rates in the U.S. (about 52% of all marriages end in divorce). Marriage counseling may help you work out some issues early on and avoid them in the long run.

ESSENCE.com spoke with Shane Perrault, Ph.D, the founder of African American Marriage Counseling, about the questions couples should ask themselves prior to tying the knot.

ESSENCE.com: What are some things you advise a couple do prior to getting married?
DR. SHANE PERRAULT: The first thing I think people should consider is financial compatibility. A lot of people think ‘How much does this person make’ when they should really be looking at the person’s relationship with money. There’s what you earn and then there’s your relationship with money. And so I’ll have a couple come in and maybe he was a big “winer and diner” and that was great when it was his money. She, on the other hand, may be more of a planner and works by a budget. When they get married his wining and dining isn’t so appealing anymore because of the fact that it’s their money now and she doesn’t spend her money like that. She invests her money. So a financial compatibility test is one of the things I would advise.

ESSENCE.com: Do you advise that everyone get pre-marital counseling?
DR. PERRAULT: I would say yes. Marriage is like a car. Would you buy a car without getting a mechanic to inspect it? Think about it; we’re going to be living with this marriage a lot longer than a car. A lot of marriages come together because two people are in the same time and place and they’re compatible and attracted to each other. A lot of people don’t look at projectory of where you are and what you want to do given your habits and personality and where that other person is and where they want to go. They don’t need to be going in the same direction but they do need what I call ‘complementary projectories.’

ESSENCE.com: Once people come to you, are there any questions you advise them to ask themselves?
DR. PERRAULT: I advise people to ask themselves whether they have complementary projectories. Are they going in the same direction? Do they have the same outlook? I’ll get some people who are very outgoing and are looking to marry an introvert. I’m not saying these two can’t work, but they’re going to have to figure it out: Introverted people recharge their batteries by being home alone and outgoing people recharge by going out. So, they’re going to have to really examine their impending marriage because one person could be thinking, ‘When we get married the person will go out with me,’ and the other person is thinking ‘they’re going to want to be home because they won’t need to be out.’

ESSENCE.com: Are there any signs that tell you that a couple is not ready for marriage?
DR. PERRAULT: Definitely, there are people who just have a different trajectory. If there’s an integrity issue and they just can’t get to a point where they can trust each other or respect each other or listen to the other’s point of view, then there’s a problem. Those are the times I think to myself ‘This isn’t going to go too well.’

ESSENCE.com: Are there times you tell a couple that their issues aren’t that big of a deal?
DR. PERRAULT: I think couples can overcome any issues if both are committed. One of the things I look at is what I call “The Four C’s.” That’s Conflict resolution: can they resolve a conflict in a win-win fashion? How Committed are they to the relationship? Do they have Common goals? The last one is Communication: can they talk through an issue? If they have the four C’s, I find that they can overcome most problems.

Check out our Will You Marry Me? wedding stories.