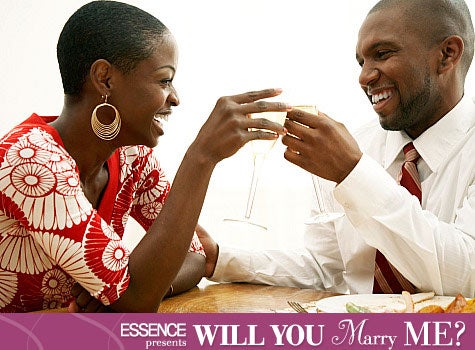 Founder of the African American Family Education program, Lorraine Blackman, PH.D says a strong friendship is still the foundation for a healthy marriage, but a lot of young people are skipping over the friendship part and going straight to the romance.

Ideally couples should meet and be friends for a while before they decide to date. That’s how it should be. But, generally it doesn’t happen that way these days. Now, there is much more interest in the romantic side of things. So couples meet and start with the romance and get physical and then they try to figure out if they like each other enough to make a relationship last. In the real world there ought to be something beyond the physical attraction to each other–because that won’t last.

If you think about what the promises are when a couple says their wedding vows, they’re really based on friendship. They’re asked to promise to love each other–this is the unconditional agape love, not the romantic eros love–in sickness and in health, when you have money, when you don’t have money, forsaking all others. The vows ask them to care for their partners regardless of the circumstances. If you don’t basically like each other and like to spend time with each other, it won’t last.

There’s a lot of effort being extended to reach young people in high school to give them a heads-up, because many young people are beginning to become sexual at nine or ten years old. So, by the time they are 19 or 20, they know how to be sexual, but they don’t know how to move beyond that. Girls are better at being friends by nature, but most guys don’t have that friendship skill. They can learn that, if they meet someone that encourages that in them, but a lot of women are so anxious to please that they get sexually involved before they’re ready.

There’s no way of knowing that your partner has the qualities you require if you don’t get to know them first. There is no magic that happens–no way to see someone across the dance floor and know that they’re going to be honest and faithful in a relationship.

Moreover, there’s no way of getting to know your partner without getting to know his family. A lot of young people leave their hometown and they get to know each other, but their families are in another part of the world. You have to know their traditions around commitment, because young people bring those traditions into their marriages.

Once people find someone they’re interested in settling down with, they should run to a premarital education expert.

Dr. Blackman recommends SmartMarriages.com as a great resource for couples considering marriage. She also recommends the Prepare and Enrich trainings, so that couples can “take inventory” of their relationships and find out who they really are and if they have the same values. SmartMarriages will host a marriage conference in Orlando, Florida in July 2010 and will offer the Prepare and Enrich trainings there.