Stephen and Ayesha Curry have proven time and time again that they are the ultimate couples goals. The NBA player and his future wife met as teenagers through a church youth group. Eventually, they got married and were catapulted into the spotlight as Curry was drafted to the NBA. In the midst of a growing family, a huge public profile and everything else that comes with raising a family in the public eye, the Curry’s have upheld their vows to the fullest – supporting each others’ passions and holding strong to their faith.

In honor of the couple’s eighth wedding anniversary, here’s a look at their beautiful love story in photo form.

01
Young Love
Steph Curry and Ayesha Alexander met in a church youth group in Charlotte when they were 15 and 14 years old, respectively. 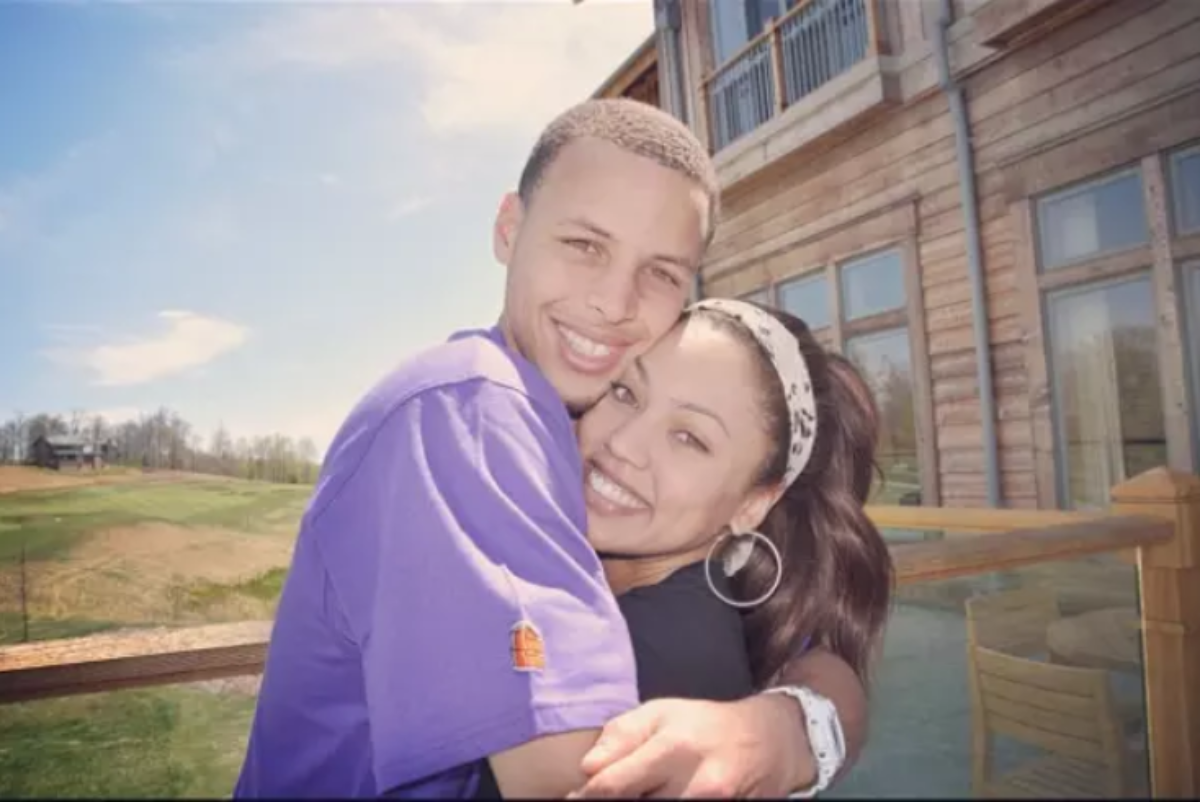 @ayeshacurry
02
Sparks Fly
Years later, the two reconnected when Ayesha was pursuing her acting career in Hollywood and Stephen was visiting for an awards show. Soon after, they began dating. 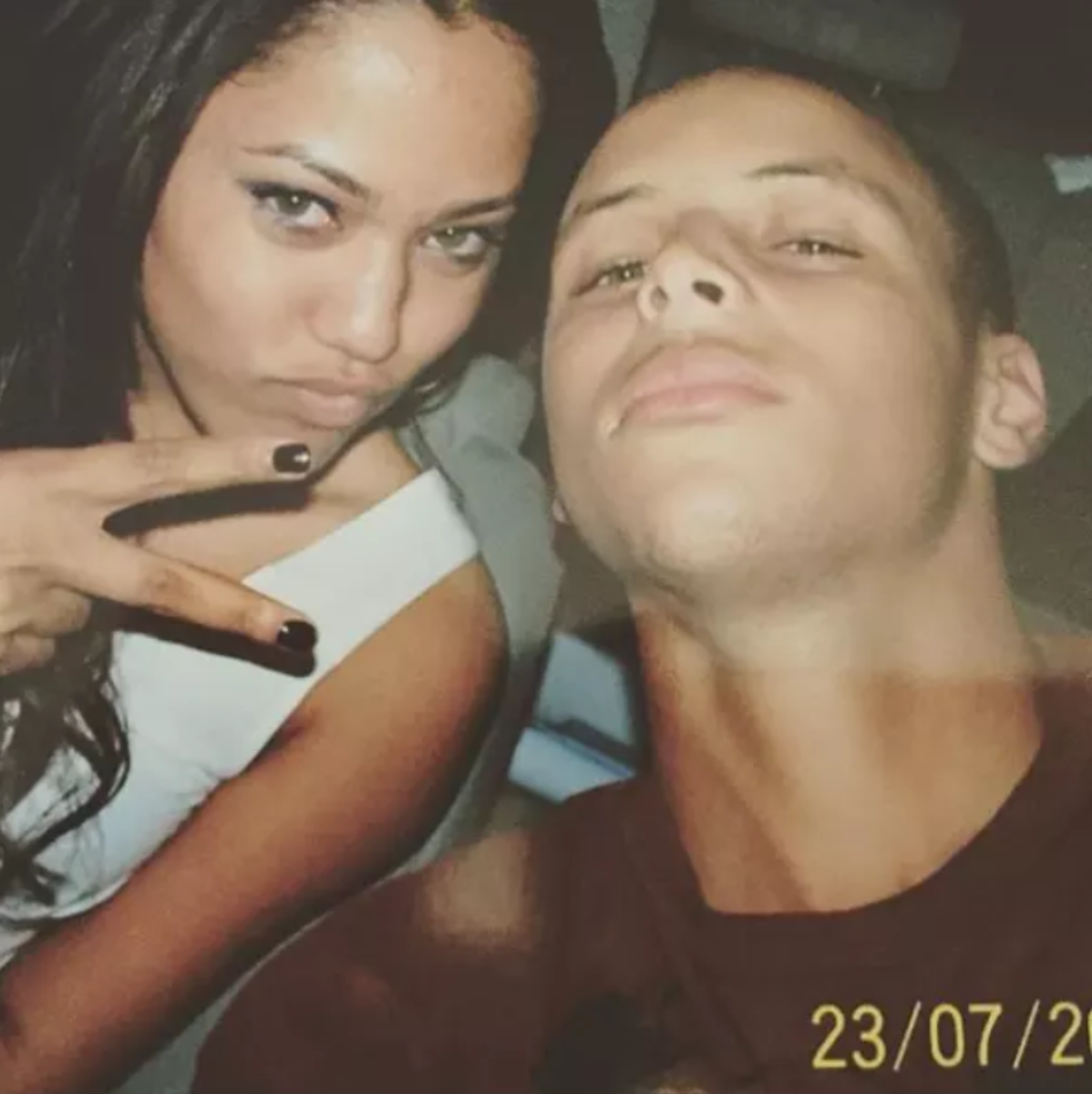 Stephen and Ayesha Curry
03
With This Ring
Ayesha revealed on Instagram that Steph purchased her wedding ring the day this photo was taken, unbeknownst to her at the time. 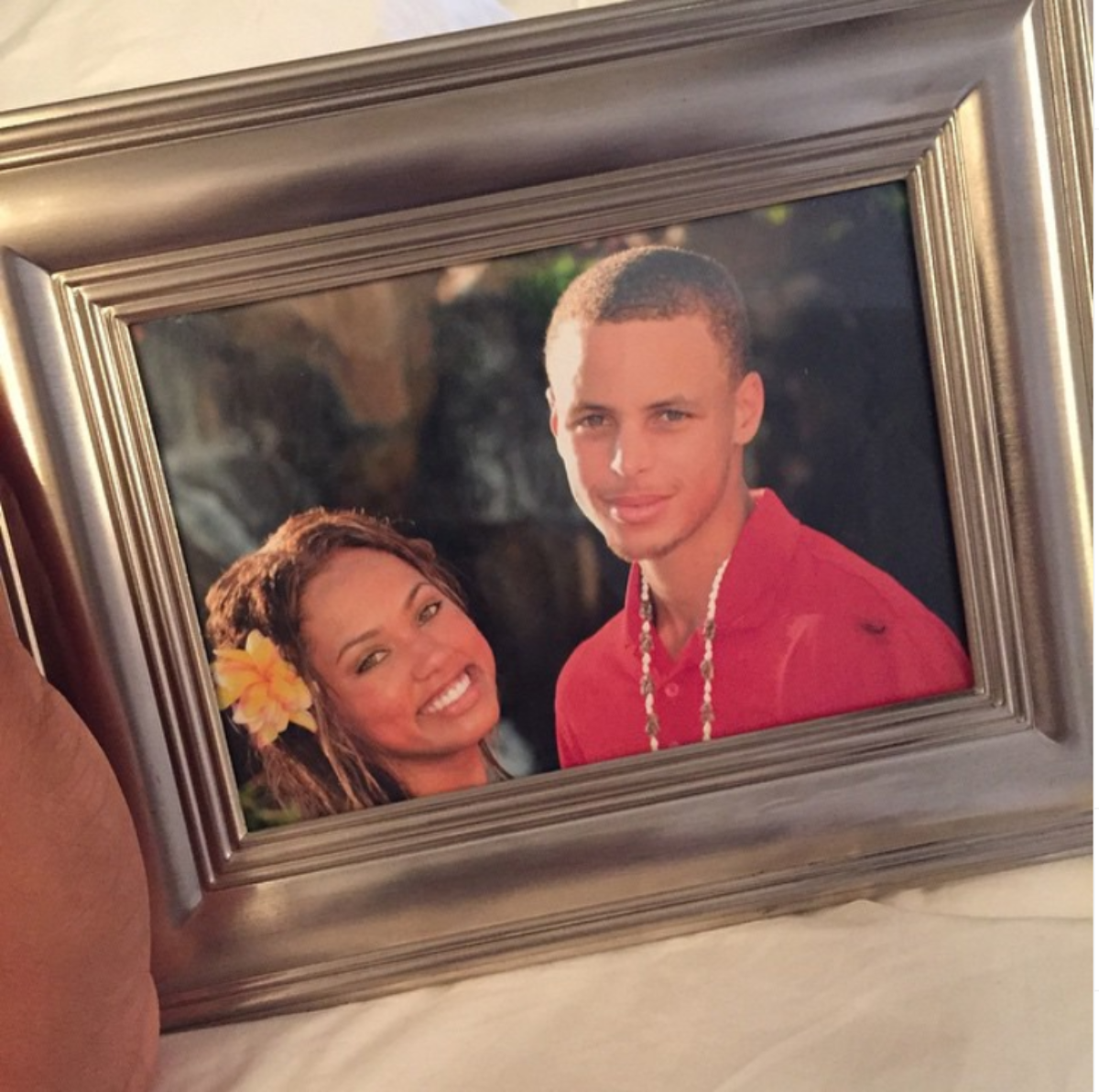 Steph and Ayesha Curry
04
Meet The Currys
Steph proposed to Ayesha in his parents driveway (the same spot they shared their first kiss). The couple tied the knot on July 30, 2011, in the same church where they met nine years before. 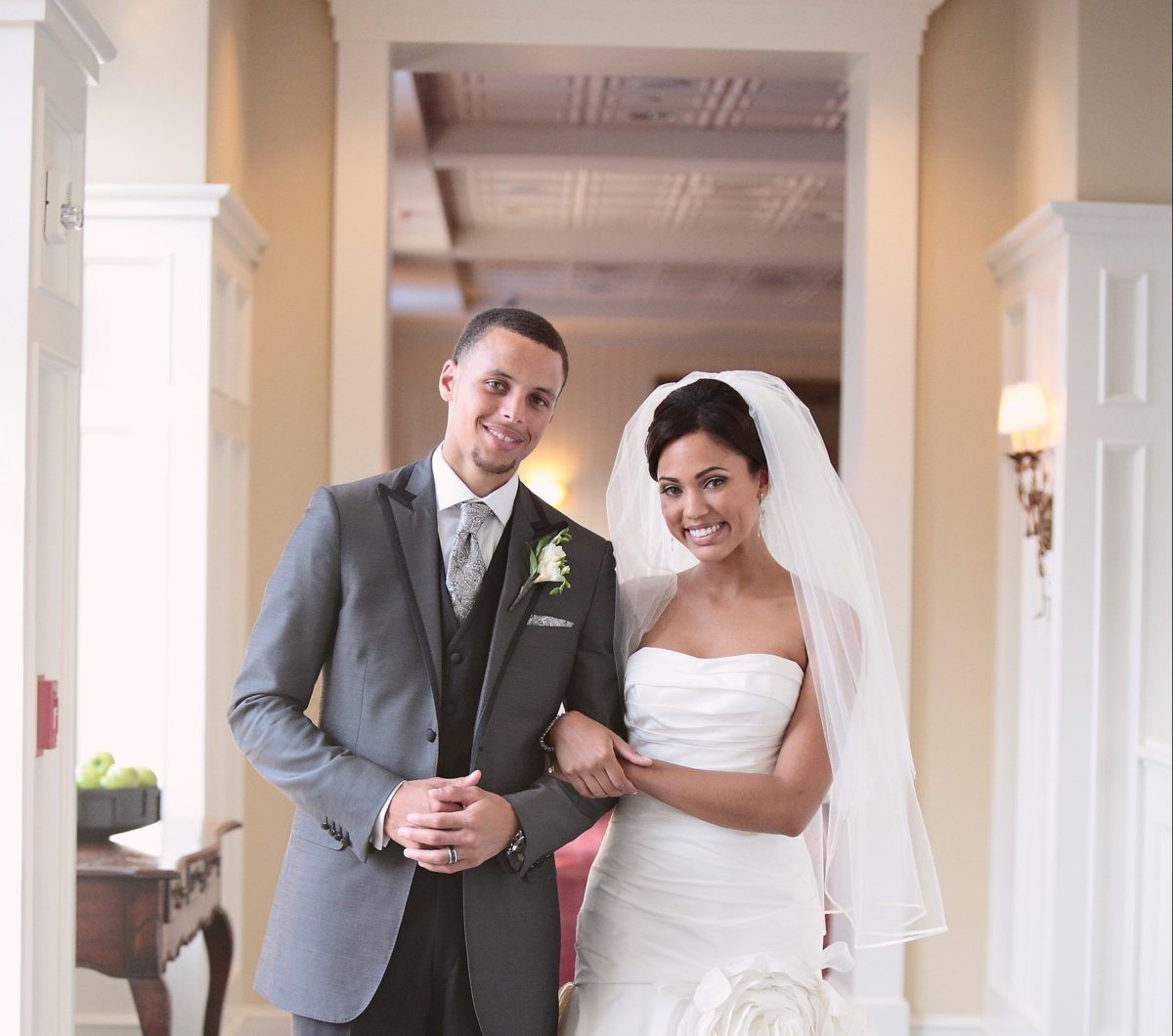 Steph and Ayesha Curry
05
Party of 3
The couple welcomed their first child, Riley Curry, in July 2012 (who Ayesha is seen pregnant with here.) 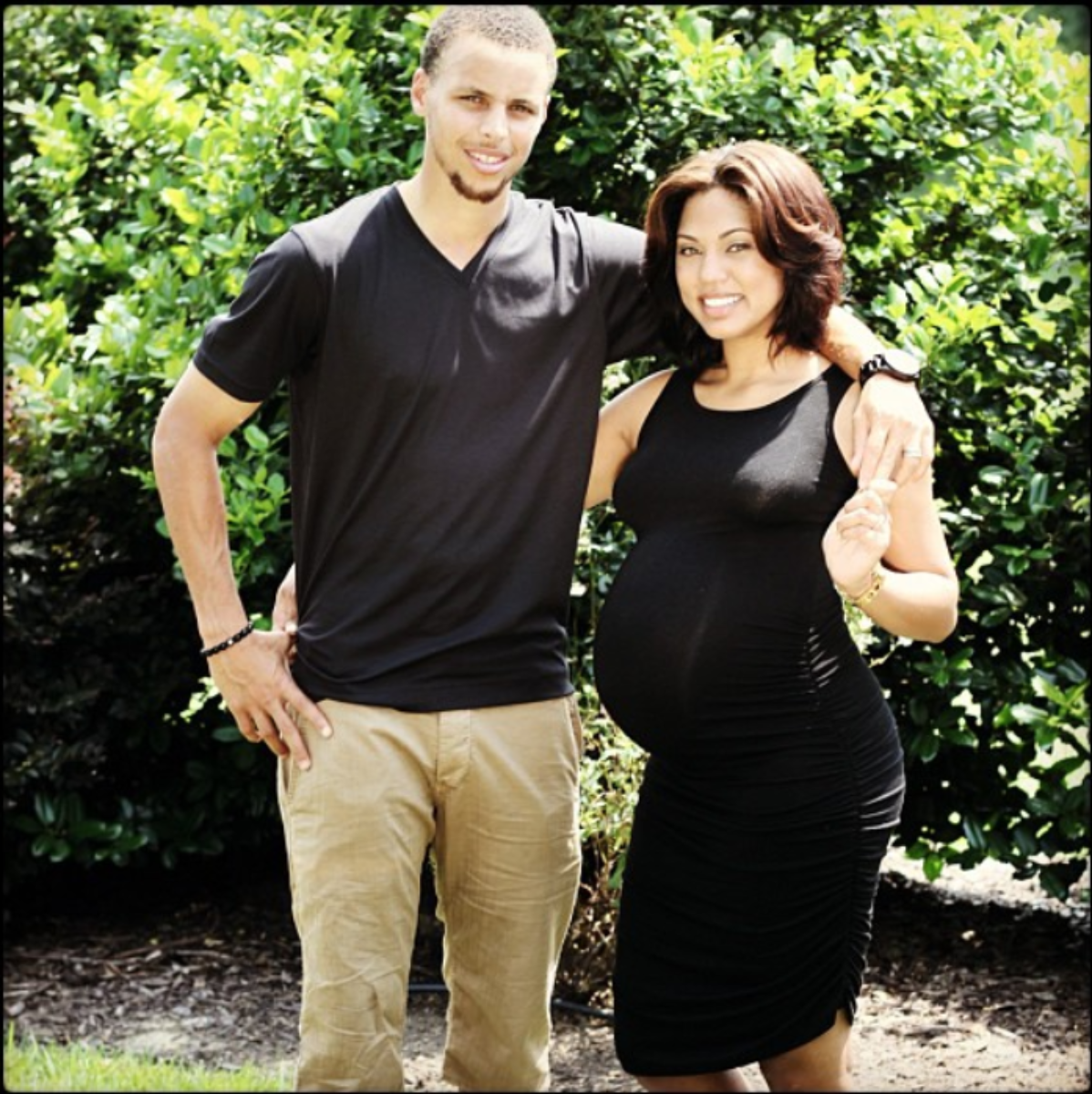 Steph and Ayesha Curry
06
The Honeymoon Baby
In an interview with Parents Magazine, Ayesha described Riley as a "borderline honeymoon baby," since she was born before their first anniversary. 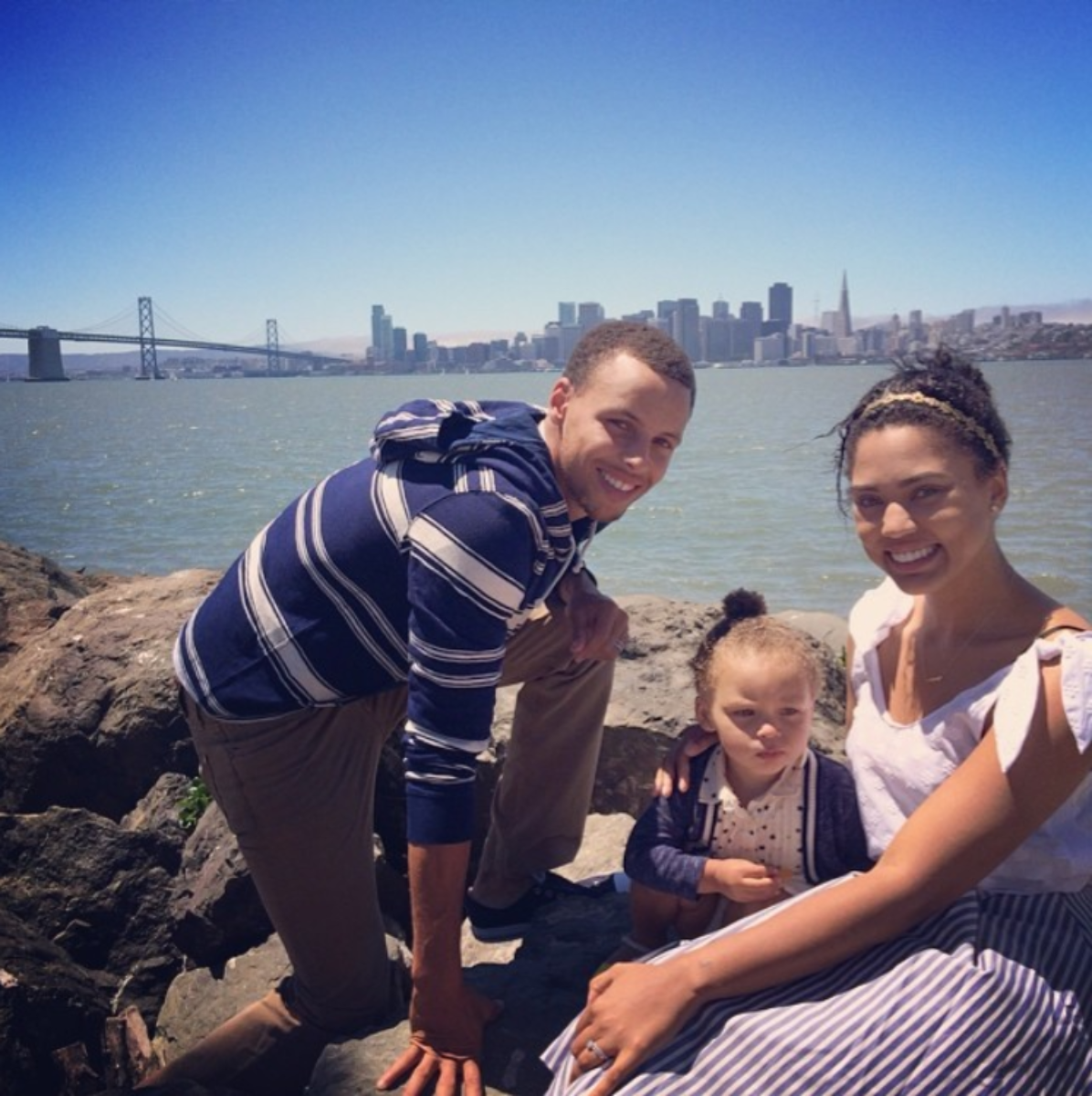 @ayeshacurry
07
The Winning Team
Bring it on home, Steph! The Currys pose for a portrait with the Larry O'Brien trophy after defeating the Cleveland Cavaliers in Game Six of the 2015 NBA Finals. 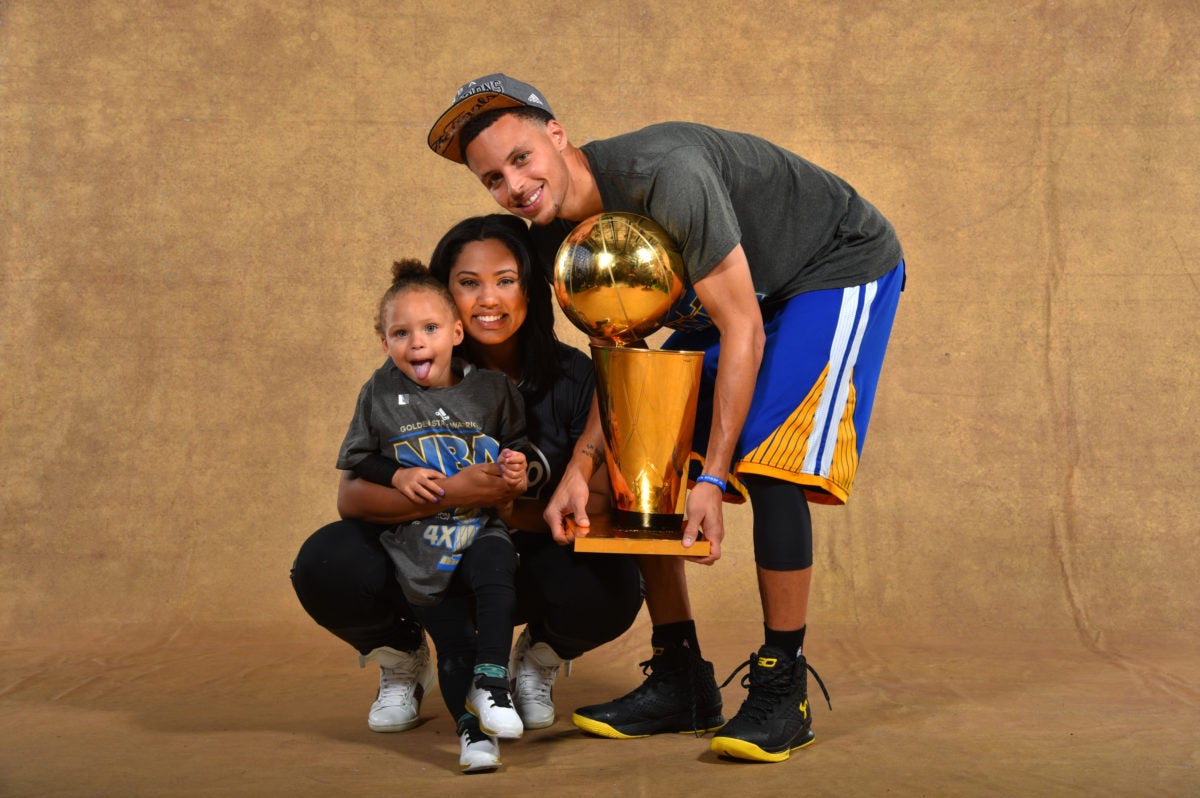 CLEVELAND, OH - JUNE 16: Ayesha Curry, Riley Curry and Stephen Curry #30 of the Golden State Warriors poses for a portrait with the Larry O'Brien trophy after defeating the Cleveland Cavaliers in Game Six of the 2015 NBA Finals on June 16, 2015 at Quicken Loans Arena in Cleveland, Ohio. NOTE TO USER: User expressly acknowledges and agrees that, by downloading and or using this photograph, user is consenting to the terms and conditions of Getty Images License Agreement. Mandatory Copyright Notice: Copyright 2015 NBAE (Photo by Jesse D. Garrabrant/NBAE via Getty Images)
08
Very Presidential
The Currys visit the White House Following their first title in 2015 to meet with then-President Barack Obama. 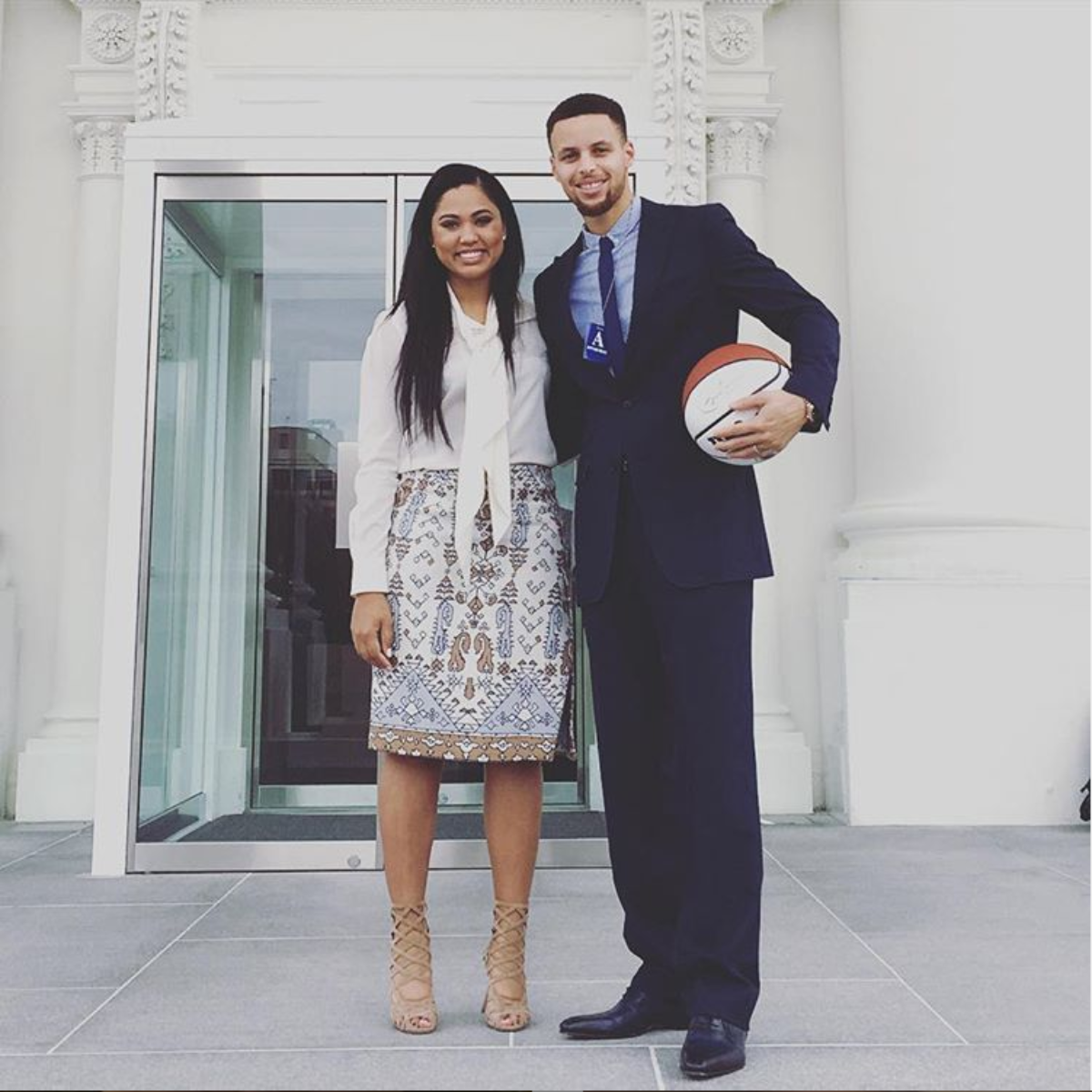 Steph and Ayesha Curry
09
The Seasoned Life
The couple is always mutually supportive of each others' business and creative efforts. Steph often appears on his wife's Food Network show Ayesha's Home Kitchen as well as her cookbook "The Seasoned Life." 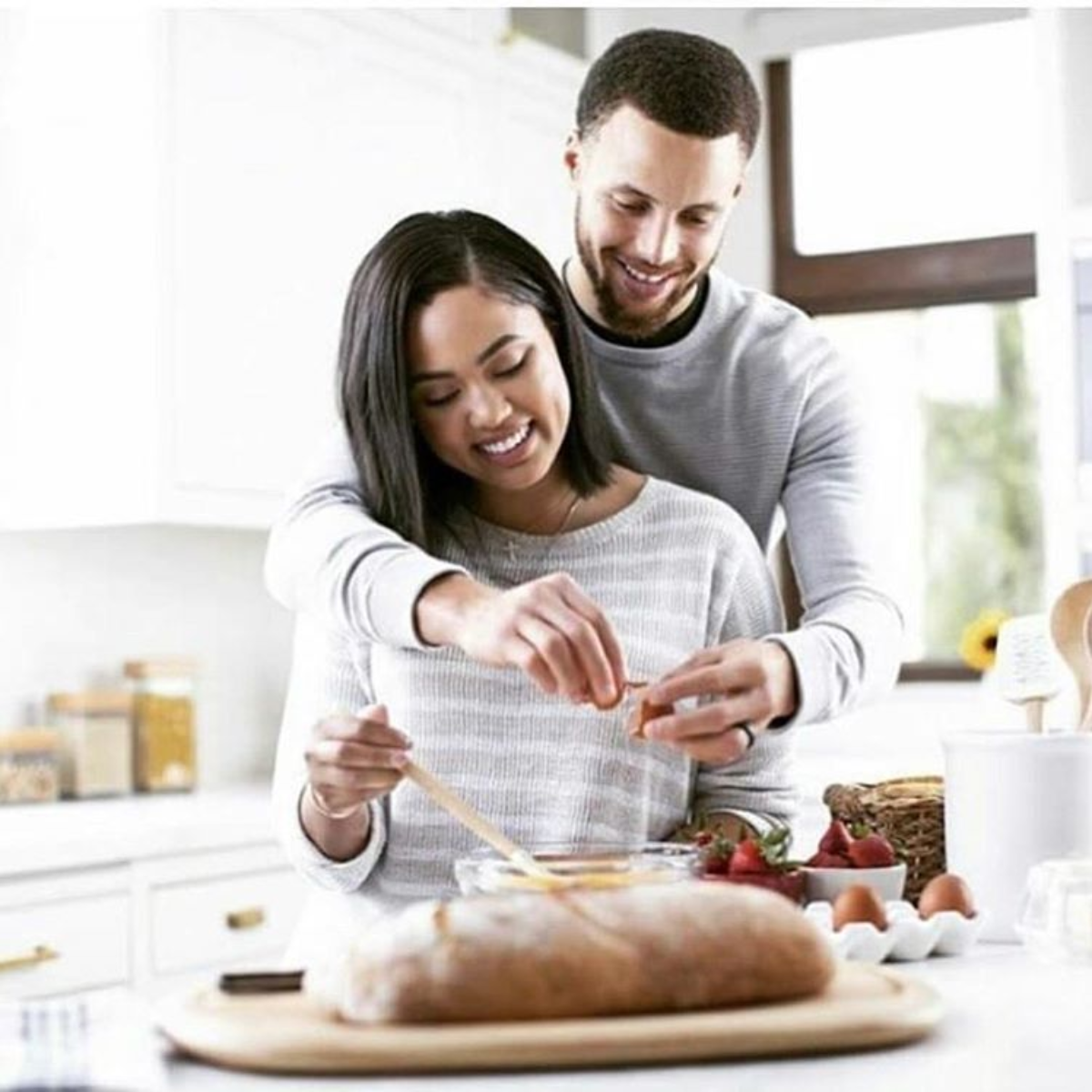 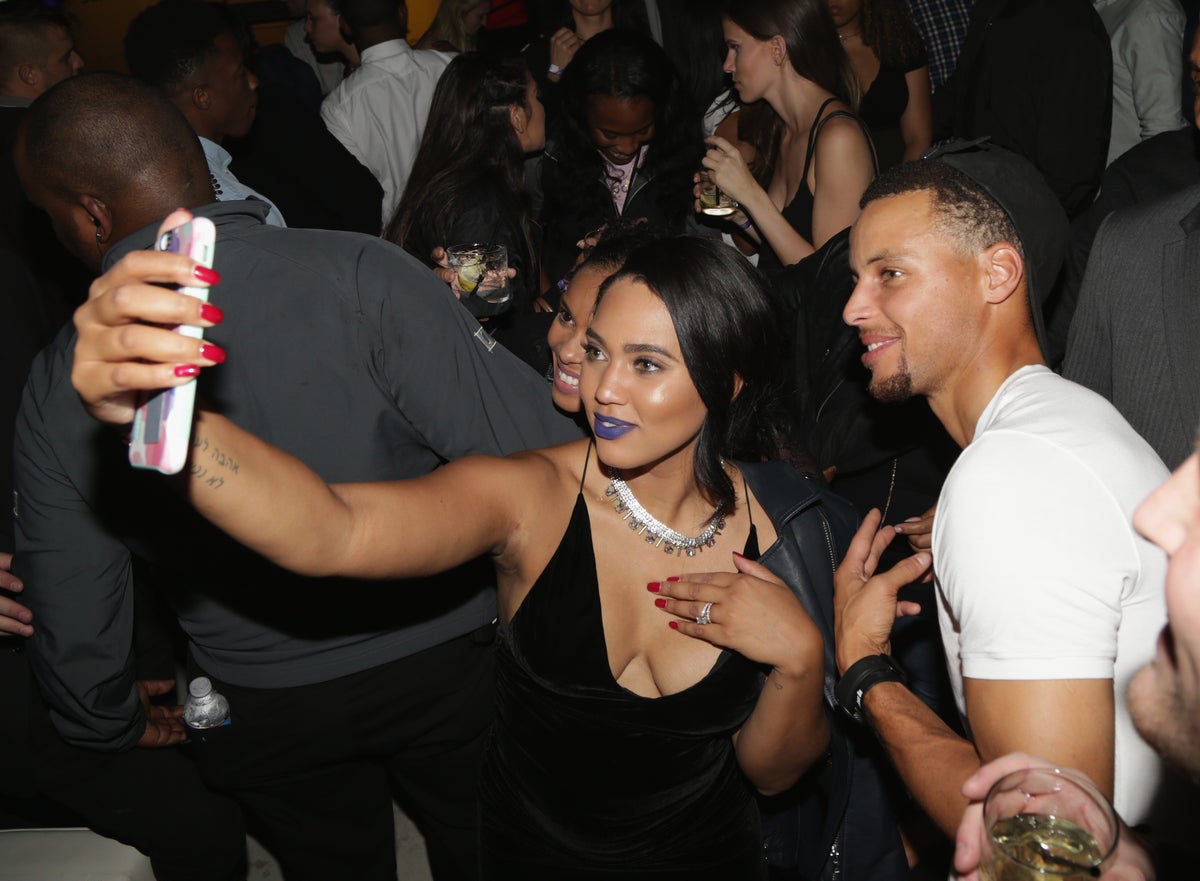 SAN FRANCISCO, CA - OCTOBER 22: Ayesha Curry and Stephen Curry attend the Under Armour Curry 3 Launch at Skylight Powerhouse on October 22, 2016 in the Bay Area, California. (Photo by Jerritt Clark/Getty Images for Under Armour)
11
Keep It Spicy
During an interview with E! News’ “Daily Pop," Ayesha revealed that she keeps it spicy with her husband while he's on the road for work by sending him racy photos. "(I send) hundreds of them,” she confessed. 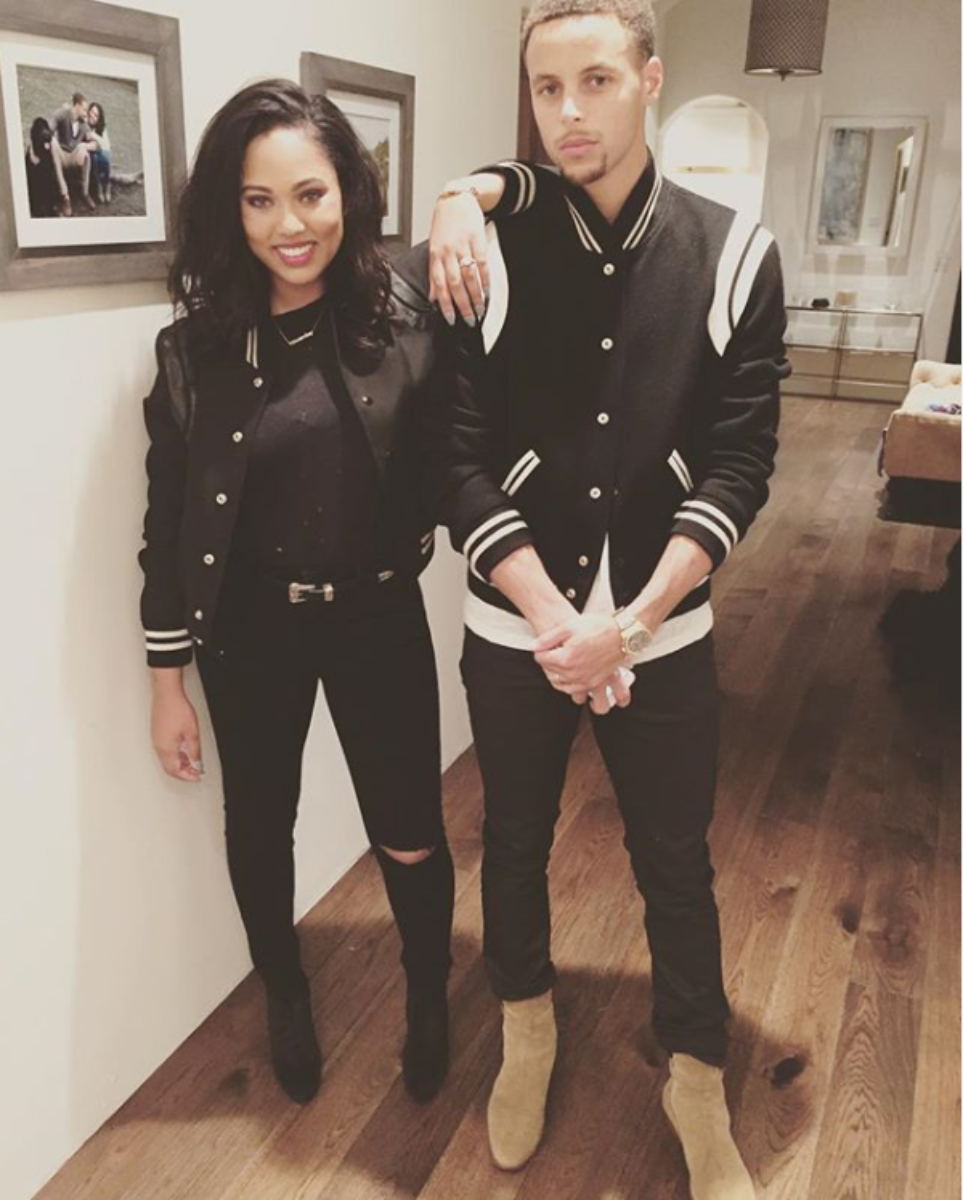 Steph and Ayesha
12
In Her Corner
Steph came to Ayesha's defense after her controversial "Red Table Talk" interview where she confessed to feeling insecure at times. “Proud of you for being authentic and putting yourself out there — not being afraid of the potential BS and nonsense that could and did come at you. Way more positive than negative with all of this. Keep being you. I love you.” 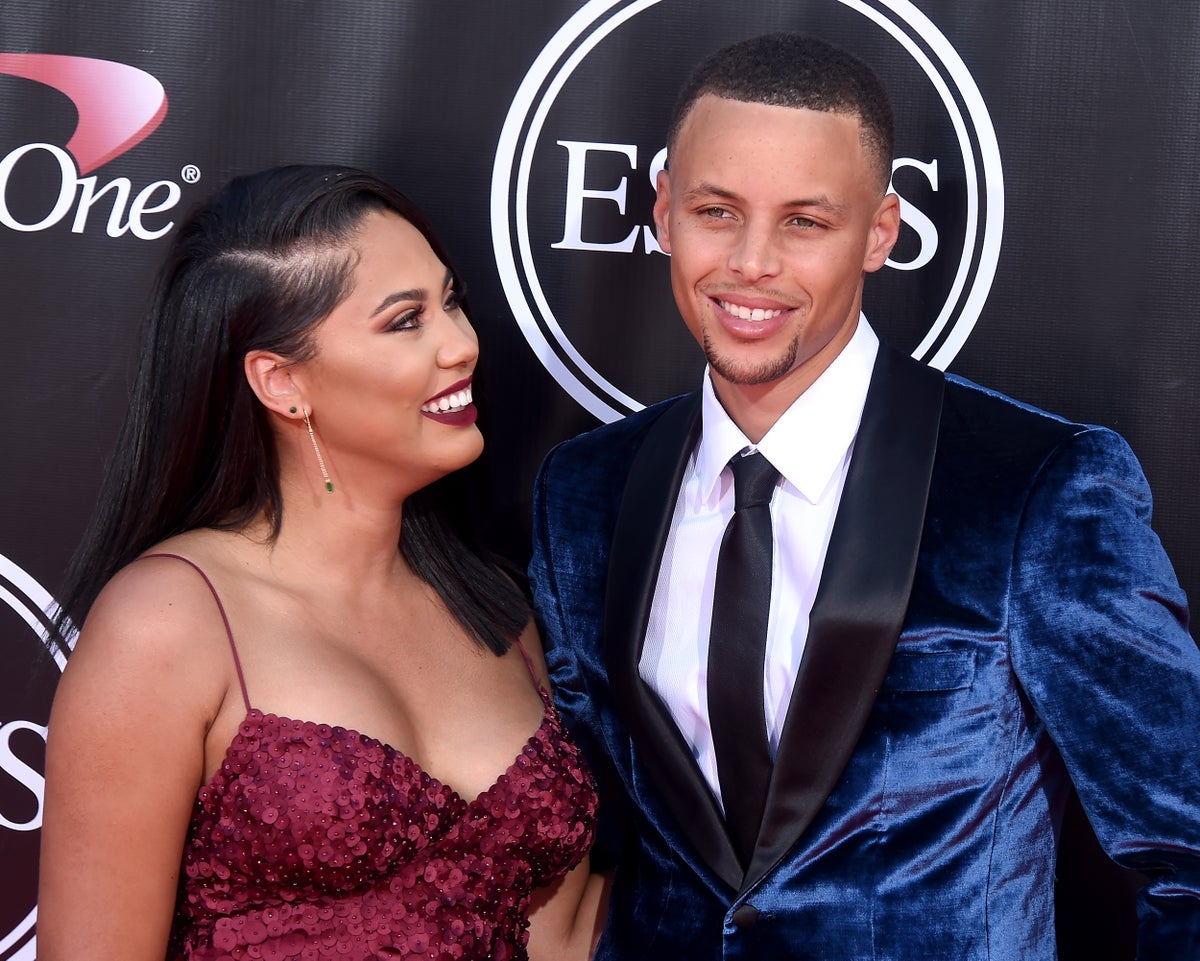 LOS ANGELES, CA - JULY 13: NBA player Stephen Curry and wife Ayesha Curry arrive at The 2016 ESPYS at Microsoft Theater on July 13, 2016 in Los Angeles, California. (Photo by Gregg DeGuire/WireImage)
13
So Much Love
Mrs. Curry couldn't be prouder of her husband's new Facebook Watch series, "Stephen Vs. The Game" which features Steph's journey to get to the NBA and become one of the best players the game has ever seen. "Your desire to keep moving the needle and tireless work ethic is inspiring(and sexy)," she says on Instagram. "Can’t wait for you all to see just why he’s my favorite human in the whole world. You’re truly something special my love." 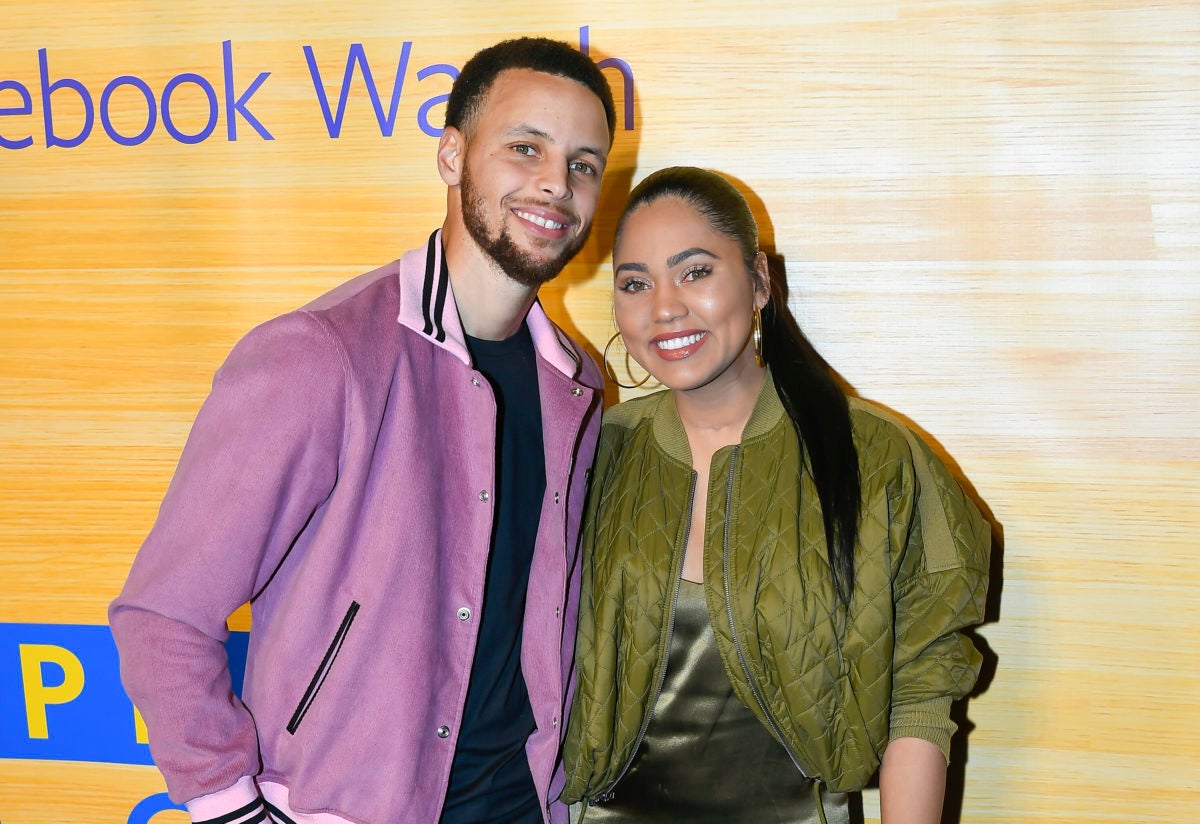 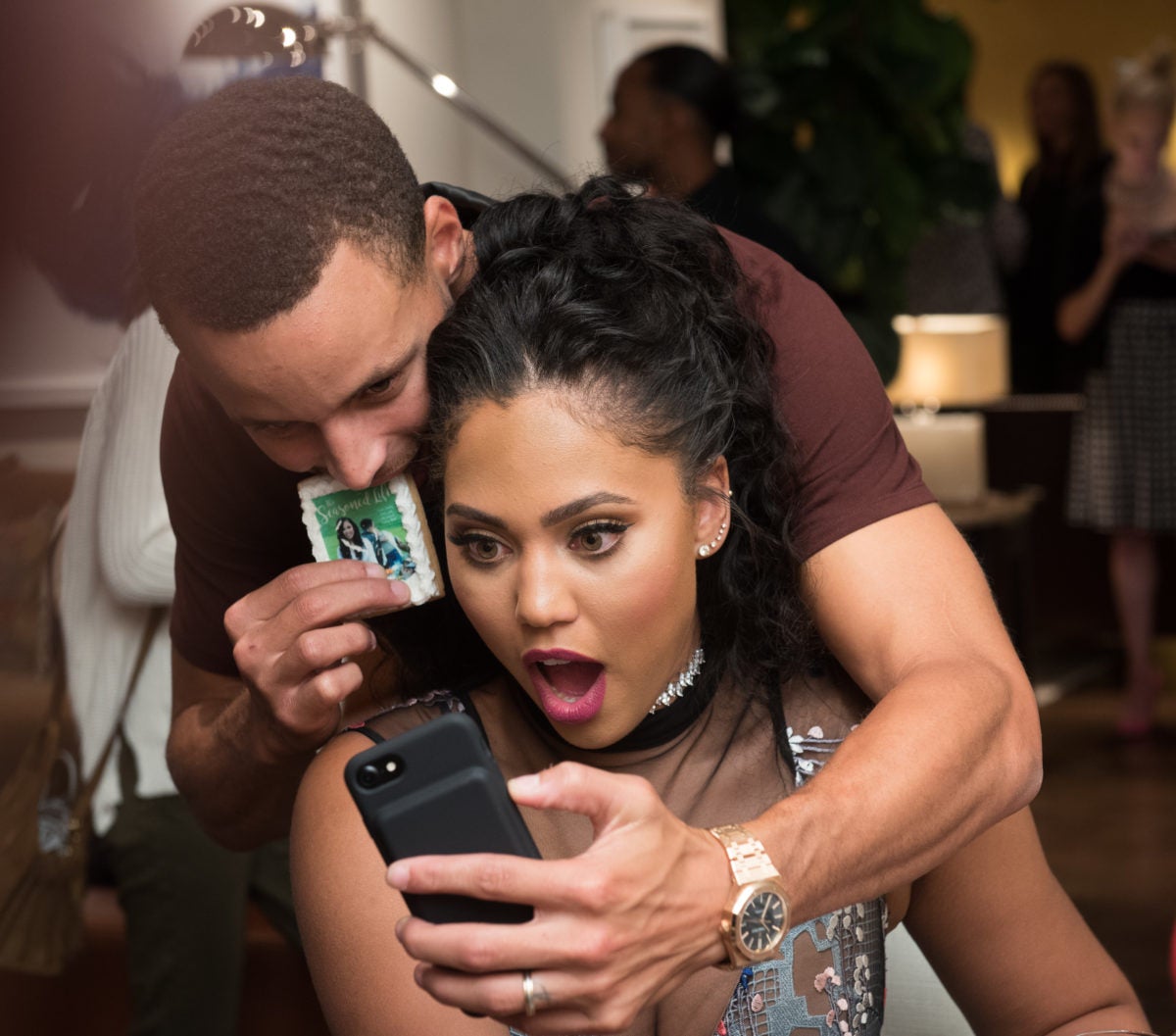 NEW YORK, NY - SEPTEMBER 20: Stephen Curry and Ayesha Curry attend the Williams-Sonoma Ayesha Curry Book Signing at Williams-Sonoma Columbus Circle on September 20, 2016 in New York, New York. (Photo by Jared Siskin/Patrick McMullan via Getty Imagess)
15
Her Biggest Fan
If bae doesn't big you up like this, is he really the one? 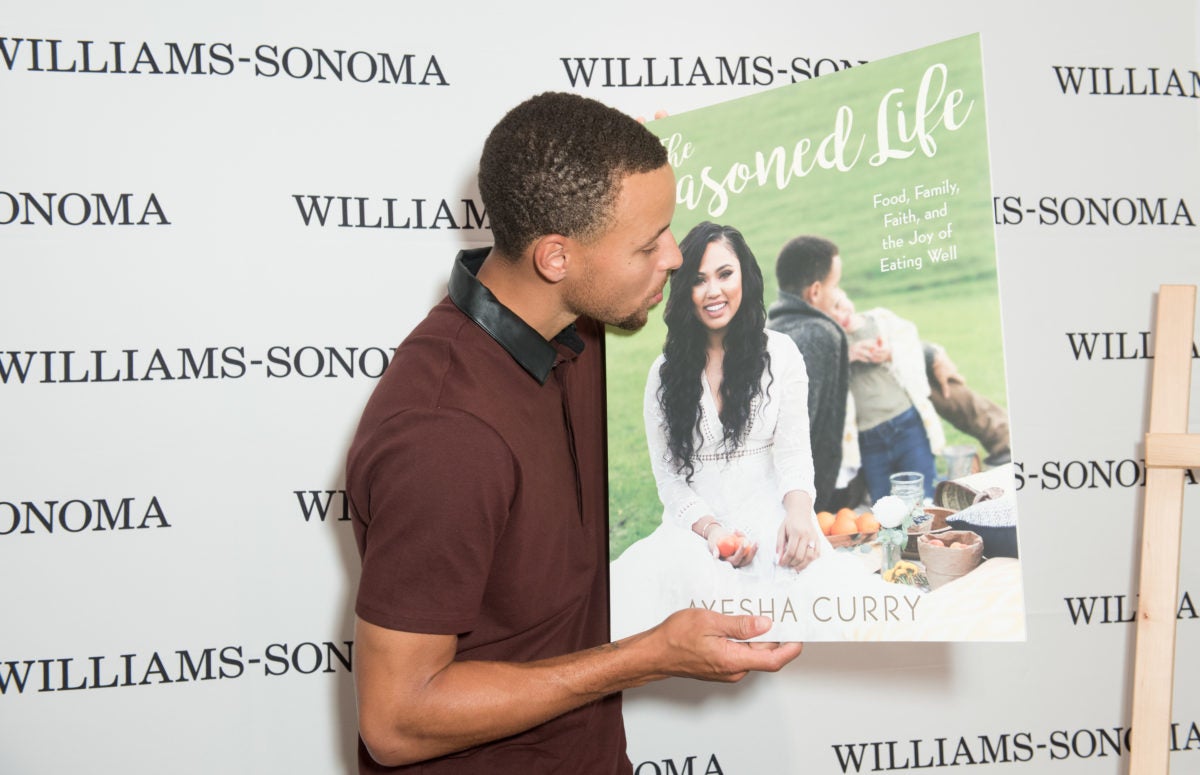 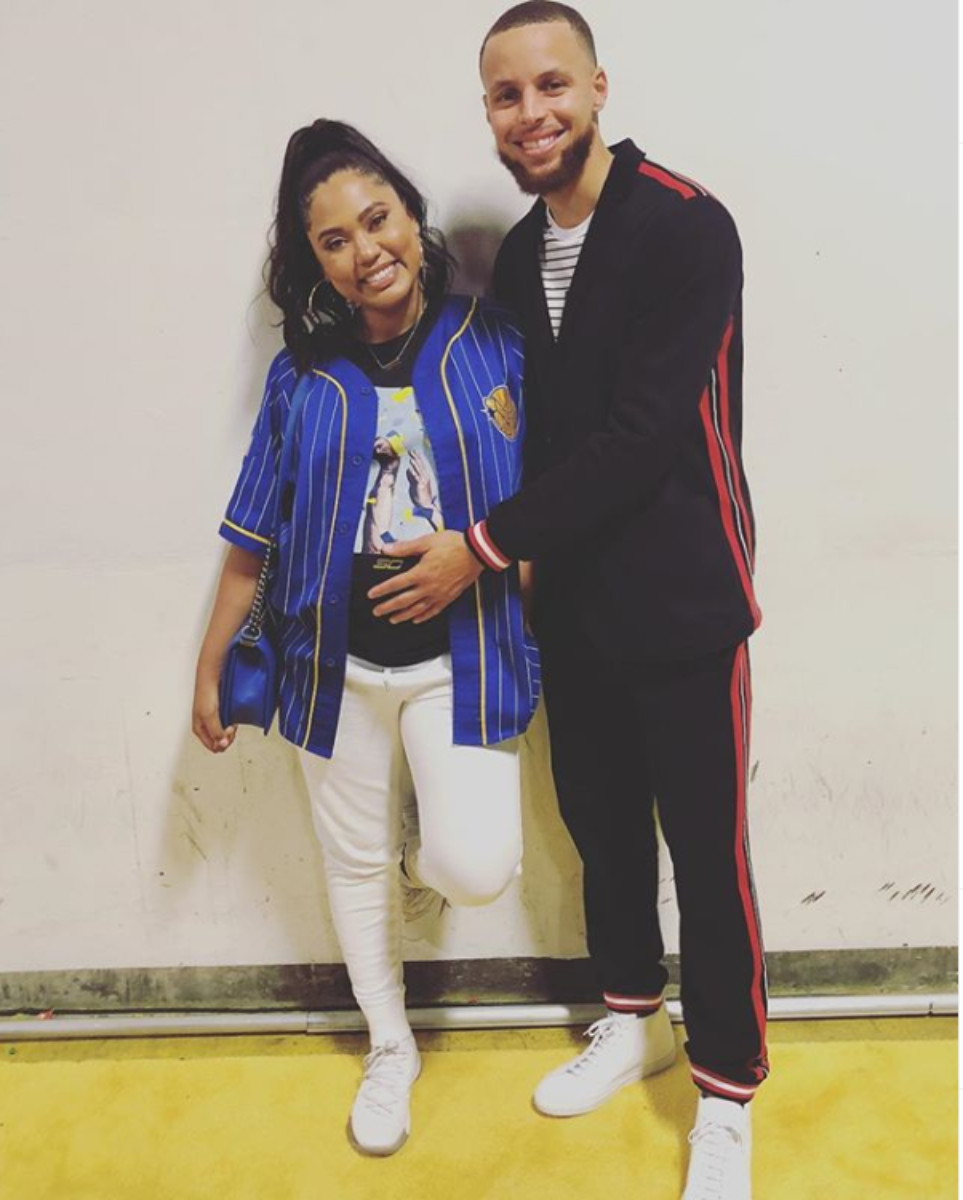 Steph and Ayesha Curry
17
The Mini Currys
The Currys ring in the holiday cheer with their three children: Riley, 7, Ryan, 4, and Canon, 1. 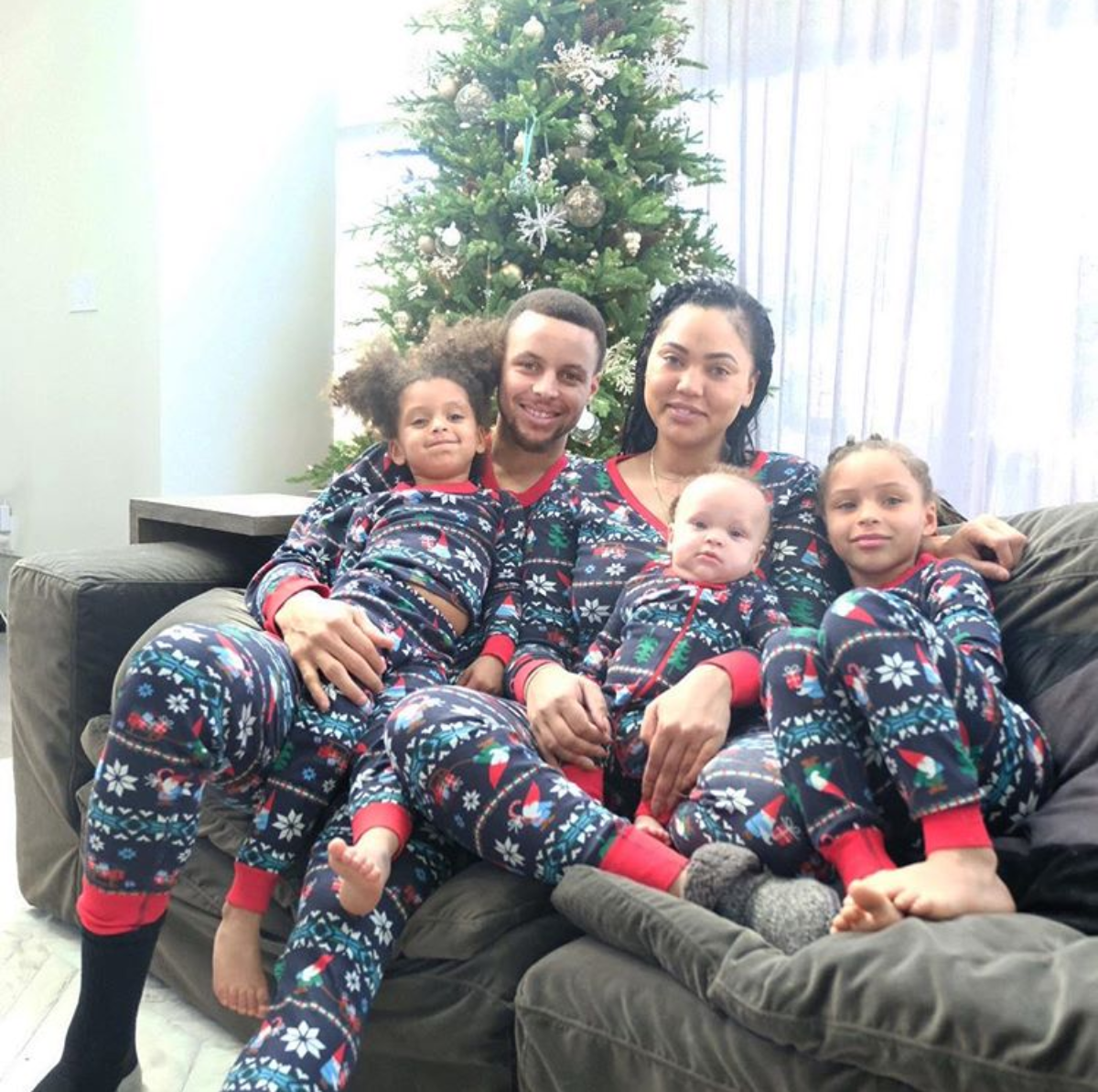 @ayeshatracker
18
The Birthday King and Queen
Steph and Ayesha looked absolutely adorable as they celebrated Ayesha's 30th birthday at a reggae-themed party. 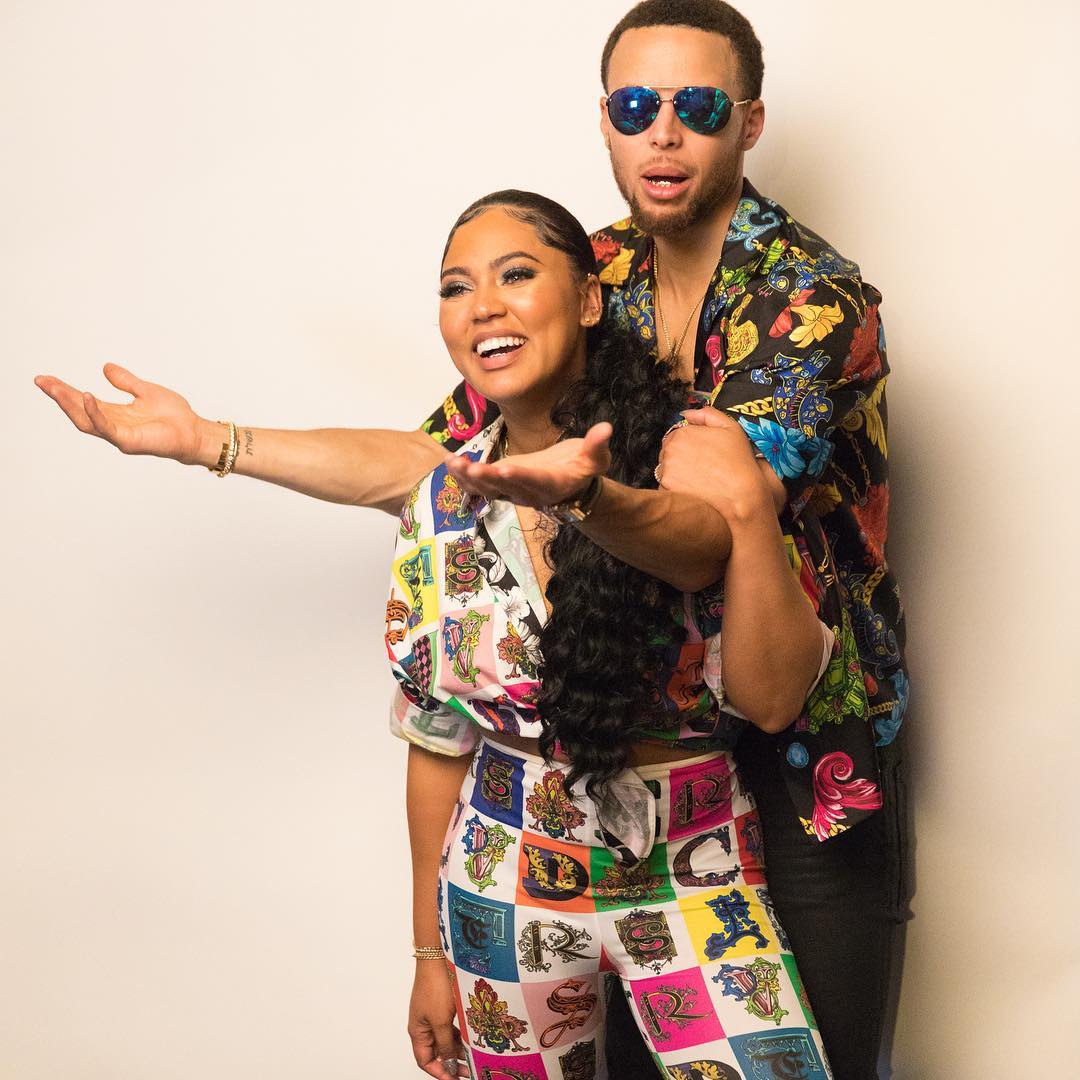 Ayesha Curry / Instagram
19
Then & Now
You know what that is? GROWTH! 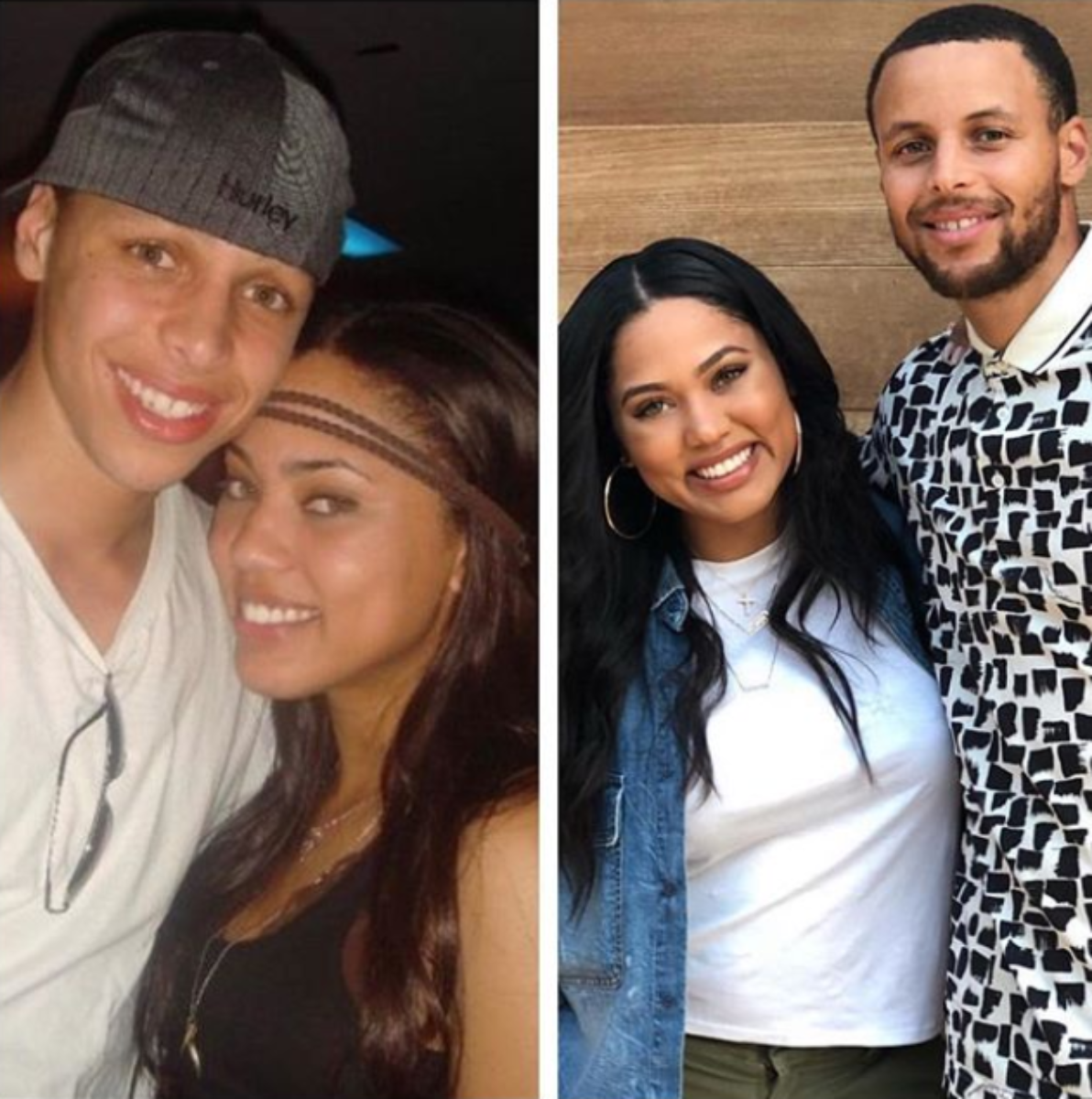 @ayeshacurry
20
Steph Curry and Ayesha Curry
Eight years down, a lifetime to go! 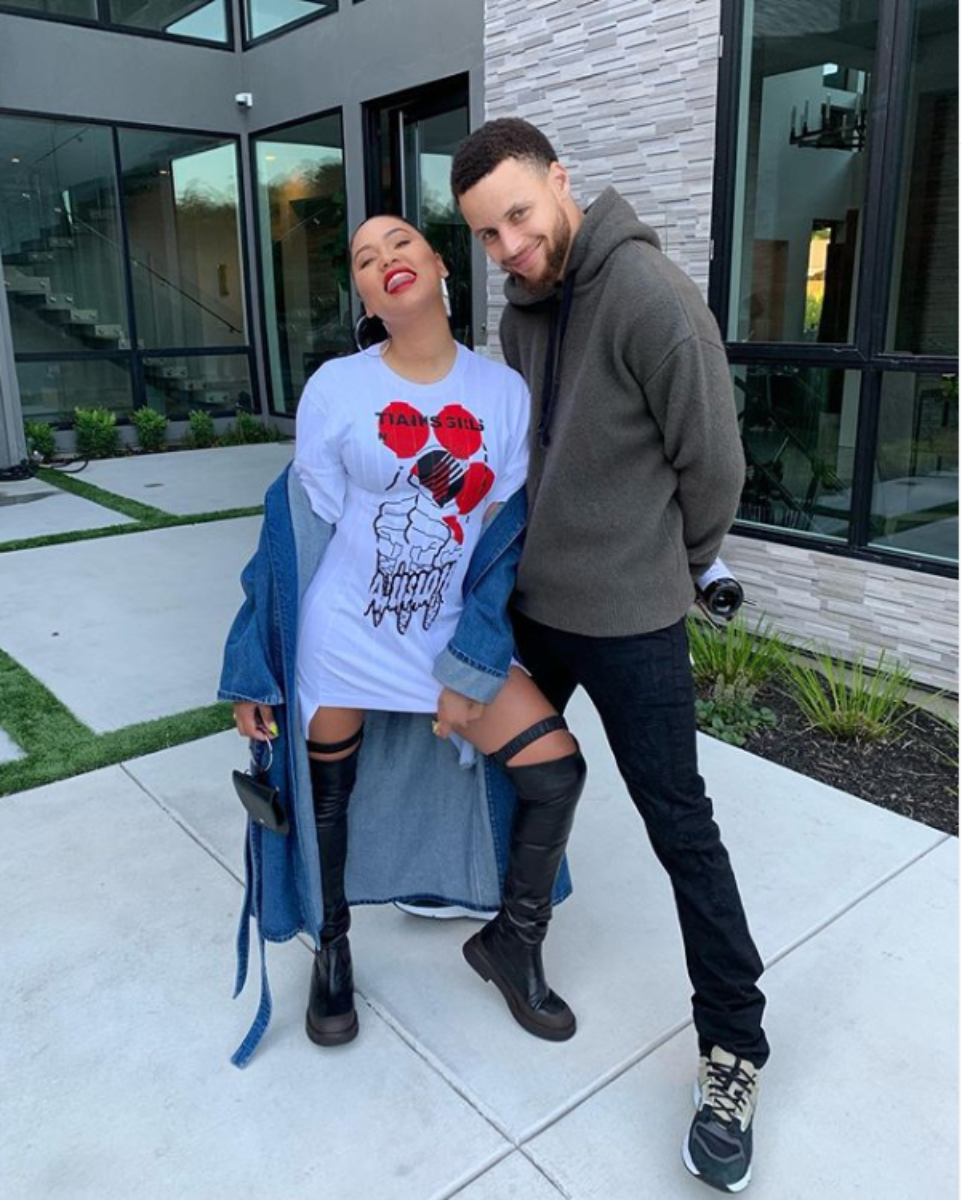 The Creators Of 'Hair Love' Talk Being Nominated For An Osca...

5 New Products To Add To Your Wash Day Routine

5 Colorful Pieces By Black Artists That Your Home Decor Need...