By Britni Danielle · Updated October 23, 2020
This season, Real Housewives of Atlanta fans welcomed a new Georgia peach to the cast, R&B singer Shamari DeVoe. The Blaque frontwoman, mom, and wife of New Edition legend, Ronnie DeVoe, made quite an entrance by sharing that she and her husband previously had an open marriage. Though Shamari proudly told the ladies she was “just keeping it real” when she spilled the tea about her relationship, her husband didn’t think she needed to share the intimate details of their marriage. “Everybody don’t have to know every damn thing,” Ronnie said. Predictably, many of the women on the show had questions, and lots of opinions, about the DeVoe’s arrangement. So did viewers. While Shamari recently said she doesn’t regret dabbling in consensual non-monogamy, because it ultimately brought her and her husband closer together, she admitted being in an open marriage wasn’t always fun. “We went through a lot of heartache and pain,” she explained in a blog post. “But we stayed committed to working it out and were able to overcome our challenges and use our story as our testimony.” So what can we learn about open marriages from Shamari and Ronnie DeVoe? Here are a few of the most important takeaways so far.

In order to make an open relationship work, couples have to keep the lines of communication open. And above all, they’ve got be honest, even when it hurts. According to Shamari, she was the one who brought up the idea of having an open marriage because she didn’t want to cheat on her husband. “When I first met Ron, I just turned 21 years old. I didn’t experience everything that I needed to experience. And that’s why I went to him and asked him,” she explained.

You’ve got to have rules

Once the DeVoes decided to invite other partners into their marriage, Ronnie had one rule for his wife: she couldn’t be with another man. Unfortunately, that stipulation didn’t prevent things between him and another woman from getting serious. “It kinda backfired,” explained Shamari. “My open relationship was a little bit more deeper than his.” Things got so tense between Ronnie and Shamari they thought about calling it quits. “There was times where we were both hurting and we didn’t want to deal with it anymore,” recalled Shamari, “and we thought about walking away from each other.” 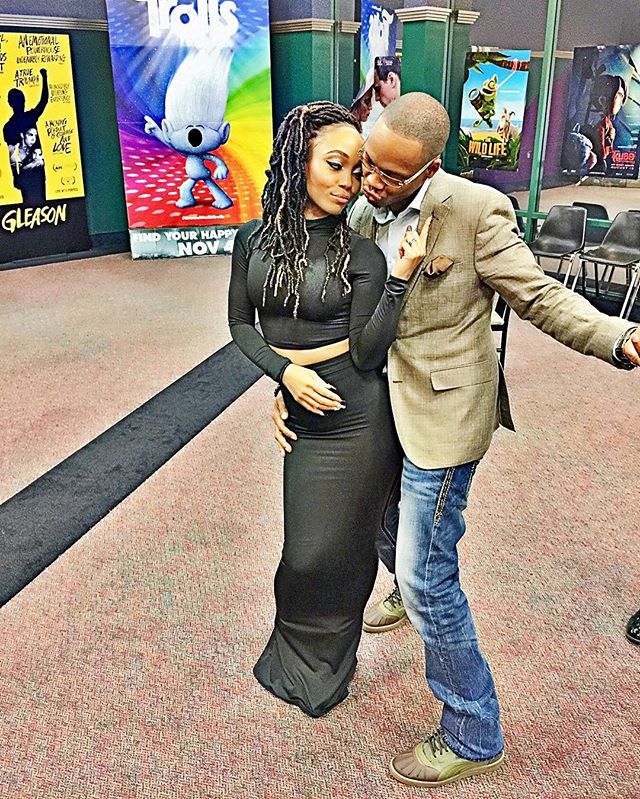 Ronnie DeVoe and his lovely wife Shamari DeVoe, who is also a singer (she’s the lead singer of R&B group Blaque), have been married for a solid 11 years.

Open marriages can work, but they can also be harmful

Whenever you add in additional intimate partners into a relationship, things can get messy, especially if the marriage is on shaky ground to begin with. While some people are happily practicing consensual non-monogamy with their spouse, it can also destroy a partnership. Ronnie admitted being in an open marriage was “to the detriment of [their] relationship” and Shamari said there were times she walked away. Thankfully, the couple was able to work through their problems to build a stronger marriage, but it took some serious work.

Once you open your marriage, it doesn’t have to stay that way

The DeVoes may have once been in an open marriage, but today they’re strictly monogamous. After overcoming the challenges of an open marriage, they now advise couples to keep their relationship closed. “If you’re thinking about trying an open marriage, please don’t do it,” Shamari wrote recently. “Figure out how to get back to what brought the two of you together and speak to each other’s love languages. I’m a strong advocate of communication and honesty in relationships and extremely passionate about families staying together.”
TOPICS:  Real Housewives of Atlanta rhoa