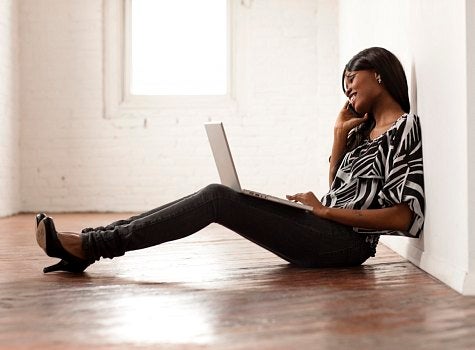 I went on a second date with someone that I met on OK Cupid. This time we hung out during the daytime (It seems like I’m doing things a little bit backwards.). We met up at an art space in my neighborhood, ate some barbecue and sat around and talked for some time. I think the kisses we shared on our last date were weighing on me more than I expected it to. Or maybe it was the lack of a dimly lit bar combined with the moonlight on the pavement. Whatever the reason, the chemistry that we felt before had dwindled. We went from a smooch session on a street corner on our first date to a quick peck goodbye on our second. I really enjoyed his company, but I don’t think we felt as excited about each other as we were initially. He hasn’t contacted me in a week, so I’m guessing he’s just not into me — and I’m OK with that. Being that he is the first guy I’ve spent “real time” with since signing up for online dating, I’d like to go on dates with a few more people before making any major decisions. So it’s back to the computer screen for now. Being a New Yorker, I want everything to happen quickly. When I first signed up on OKCupid.com, I was expecting to be immediately sought out by a host of potential suitors. Things did not happen as fast as I’d hoped. Slowly, but surely, however, the number of guys that are reaching out to me has increased. This is in large part because I’ve become more willing to send flirts and e-mails to men that I’m interested in. Just by letting a few guys know that I like them through sending them “winks” or adding them to my list of favorites — the equivalent of smiling at a man in a crowded bar — I’ve managed to get some great conversations started. I’ve given my phone number to two new people and have a few dates coming up in the next few weeks. It goes to show that it’s always good to drop a guy a little signal that you’re interested in him. If he wants you, chances are he’ll do the rest.