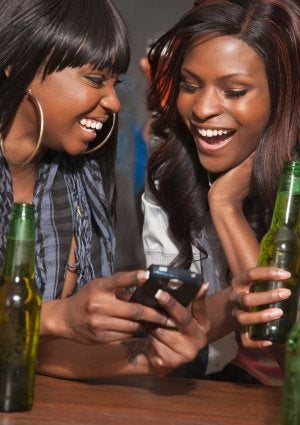 A new book entitled ‘The Breakup 2.0’ suggests that new technology like social networks and smart phones are making young love affairs more traditional, meaning there are more rules governing how we behave in relation to Facebook, text messaging, etc. Just think about the things we consider nowadays when we’re sifting through potential suitors. Did he text me instead of calling? When should we become Facebook friends? Should I follow him on Twitter? Should I tell him it’s over via e-mail, text-message, social media or the traditional telephone call or face-to-face? We asked a few ESSENCE.com readers about their rules for dating and technology. Jazmyn, 18: “It’s great to initiate contact through texting, but after a while we have to talk on the phone. I’ll just stop texting after about four conversations.” JJ, 23: “I’d rather text than talk on the phone for hours. Talking takes up time that I could use to listen to music or do homework. Texting is better for multi-tasking.” Patrice, 28: “Whether I am in a relationship or not, I don’t post my Facebook relationship status. I had a bad experience with a break up and decided to just leave it blank. My real friends will know about my relationship.” Zola, 33: “I’m married, but if I were single, my rules would be – we are not going to be Facebook friends until it’s really ‘on,’ and he better follow me on Twitter. Plus, I wouldn’t want to know that he’s friends with his ex on Facebook and I would be offended if a guy text messaged me instead of calling.” Pat, 55: “I only communicate with men on the telephone and face to face. I can’t be bothered with text messages and the Facebook thing. Forget about it.” Take our online survey on dating and technology and tell us if you would date someone you met on Facebook or break-up with someone with a text message.
Loading the player...