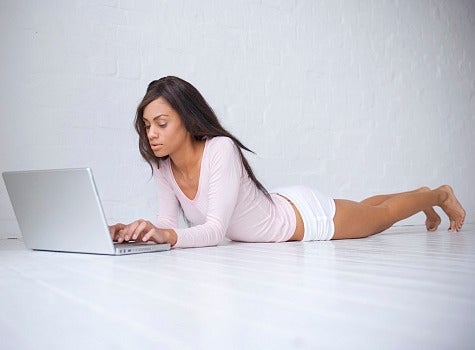 Remember back when you could break up with a boyfriend, say “I still want to be friends,” and know that the two of you would never talk again. Nowadays those pesky social networking sites like Facebook help to ensure that you and your ex stay in each other’s lives long after the split. But what happens when you’re really ready to move on? Do you un-friend the men from your past? ESSENCE.com asked our Facebook friends what their how they deal with ex-boyfriends on the social network once they’ve started a new relationship. Here’s what you had to say: Yeisha Galtney: “I never un-friend anyone. I don’t date them of course and I inform them that I’m in a new relationship, but the Facebook relationship remains, unless they become disrespectful.” Takita Mason: “If we aren’t truly friends and don’t communicate at all, then the purpose to remain friends on Facebook is null and void. The ones that I have kept are friends–nothing more, nothing less.” Chaquetta De’Nay Walker: “If [any of my exes] were my Facebook friends and they were playing nice (i.e. not leaving comments that they know would anger my new man), then I would leave them as friends. When they become a problem and [start] interfering in my new relationship and causing havoc in my household, then that is when I would delete them. However, all old photos definitely have to come down. DeNita T. Walker: “I don’t un-friend any of my ex-boyfriends on Facebook. They are ex-boyfriends and then they become just friends. When it is over, it is over, but you should still be able to be friends.” Carice McKinney: “I would take issue if [my boyfriend] were still friends with his ex, so it would only be right for me to un-friend mine.” Shannon Nkurlu: “What women need to be certain of is their current partners’ self-esteem and maturity levels. If you are dealing with an insecure partner, all friendships will be a threat to him.” Tanya Johnson-Blackwell: “If they are not making smart comments on my pictures or saying anything that would be considered flirting or that would make my husband angry then I don’t un-friend them. I have two exes on my Facebook page and they don’t cause any problems for me.” Tiffanni Jefferson: “No exes on Facebook for me. They are noisy and they just want to start things. They don’t need to be my friend. For what?” Judith Clotter: “The past is the past. We’re not together for a reason, therefore we do not need access to each others lives.” Jaye Jones: “I feel like we all have boundaries that need to be clearly defined. If you’re sneaking or hiding, are over protective of your Facebook page and emails, then you shouldn’t be friends with him or her. Otherwise have at it.” Sarida Davis: “They’re the past for a reason. That’s where they need to stay. No exes are allowed [to be my Facebook friends]–just people in my present and future.” Tell us how you deal with an old flame on Facebook. Do you un-friend your exes when you start a new relationship? Leave your comments below. Read More: