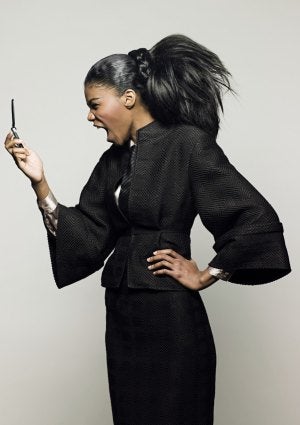 This winter, while having a few glasses of wine with friends at one of our favorite restaurants, I met a guy named Frank* who I really liked. He was standing next to me at the bar and we started talking about work. It turns out he works in publishing as well. He told me his roommate was the bartender, who I adored. I went home without giving him my phone number, but felt confident that I’d see him again. But we never did. In the meantime, my friends who worked there would tell me, “Frank has been asking about you,” and “He really likes you and he’s a really nice guy.” Soon he requested my friendship on Facebook. I accepted. One day, while perusing FB before bedtime, I checked my inbox and there was a message from Frank. “You’re super cute and interesting. I’d love to take you out for dinner or a drink sometime,” his note read, more or less. “Yes!” I whispered. Over the next week, we exchanged pleasantries via e-mail and then he sent me his phone number and I sent him mine. The thought of being courted made me smile. Fast-forward to that Saturday night. I’m out with my girlfriend having a blast at a few parties in Brooklyn. I took a break from breaking a sweat to sip on a drink and check the time. I look at my phone. It’s 2:00 a.m. and I have a text message. It’s Frank. “Hey, are you out?” He asks. A frown appears on my face. The first time he dialed my number was to send me a text to “meet up” at two o’clock in the morning. How rude. My bubble was totally burst. Of course, I did not respond. Still I thought, “He’s probably a little tipsy and acting up. I’m sure he’ll apologize later or at least call a girl during regular business hours to ask me out on a proper date.” Well, none of that has happened. Instead, Frank continues to text me late at night to see what I’m up to or if I want to hang out. In fact, I’ve never received a text message from Frank before 10 p.m.  I admit I must have encouraged this behavior by texting back a few times, but I never met up or made plans with him. I’m not sure what puts me off more — the text messages or how late he chooses to send them. The last time he sent me a text, he said he was hanging out at the same restaurant where I met him. It was 11:30 pm and when he asked me to come by, I officially told myself, Bobbi, you are never going out with this dude. This was disappointing because I still think he might be a nice guy. I just can’t get over his bad phone etiquette. I feel completely entitled to write this guy off, because he hasn’t come correct in weeks. Am I old fashioned for wanting a guy to pick up the phone and ask me out on a date before the sun has set?