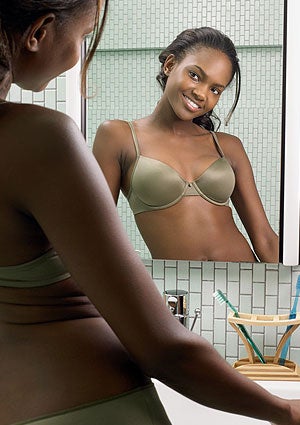 For our second segment, we called upon celebrated OBGYN Dr. Hilda Hutcherson and author of “What Your Mother Never Told You About Sex”, to reinforce the things about our periods and the pill that we should already know, but might have forgotten.

There’s no cute way to ask. How long is too long to wear a tampon?
Most tampon boxes recommend that you change your tampons, depending on absorption every four to eight hours, but some of us like to go the whole day. Dr. Hutcherson says she recommends that women change their tampons every four hours. “I certainly wouldn’t go more than eight because of cause of infections and toxic sh0ock syndrome.” If you wear a tampon for a long time, you increase the chances of bacteria to grow in the vaginal canal, which can lead to a not so fresh feeling, also known as yeast or bacterial infections.

Is TSS A Real Threat?
Dr. Hutcherson admits that toxic shock syndrome is pretty rare these days. However, it does occur from bacterial infections, which is why women should be careful with the length of time they wear tampons.
According to an article on CBS.com, there was an outbreak of TSS in 1980 and most of the cases were from women who used a certain type of tampon that was super absorbent and no longer available. Although it’s unlikely that you’ll get TSS, it’s important to note the symptoms: fever, chills, diarrhea, rashes, vomiting and aching muscles.

The Big P
No not your period, PREGNANCY. There are tons of stories about couples taking chances  having sex without contraception while ladies are on their periods. While chances of getting knocked up are low, there are a few factors that can affect how much risk you want to take with period sex, “Women who have short cycles or young women who have not gotten to the point when their bodies are not ovulating at the time” have a higher chance of getting pregnant while their menstruating, Dr. Huthcerson says. Youngins this one’s for you: “In the first few years of getting your period, your body can produce an egg at random.”

The Pill Factor
Birth controls that reduce the length of a woman’s period or reduce the amount of times she gets it are commonplace these days. For ladies who prefer three periods a year instead of 12 or 13 (and who doesn’t), Dr. Hutcherson says skipping your period is totally cool for what’s going on down there. The main concern is upstairs with the hormones in your brain. “[Skipping your periods] means that you have to put more hormones in your body. We’re assuming that that increase in hormones is safe, but there hasn’t been any long-term research.”

But Don’t You Need Your Period for Cleansing Purposes?
Not exactly, Dr. Hutcherson says, although “you do shed the lining of your uterus when you have your period, if a woman went a full year on medication that wouldn’t allow her to have her period, she wouldn’t be any less healthy for it.”

The F Word
A lot of women assume that since they can’t conceive as soon as they get off the pill, that they’re no longer fertile. It’s not so, Dr. Hutcherson says. “What happens is when you stop the pill, some women will start to ovulate right away and four or five weeks later they will get their first period. For many other women it takes several months and once in a while it can take up to a year. It’s not that it makes you infertile, but sometimes it can take a while.”

We hope our friendly reminder does your body good. Check back tomorrow when we explore the Pleasure Principles.

CHECK OUT YESTERDAY’S INSTALLMENT OF “WHAT’S GOING ON DOWN THERE?”