Skip to content
By Joi-Marie McKenzie · September 9, 2018October 23, 2020
During the dramatic season six premiere of Married to Medicine, fans of the medical reality show saw Quad Webb-Lunceford, estranged wife of Dr. Gregory Lunceford, trying to remain centered in the middle of a tumultuous divorce. And when the reality star popped up in Black Girl Magic headquarters — ESSENCE magazine — she had already removed her wedding ring. Webb-Lunceford, who recently confirmed she had filed for divorce after rumors swirled that her husband was unfaithful, said that process was rough. “All of this has been a harsh reality,” she explained. “You don’t get married to get divorced. You don’t even plan for it. You can’t and so it’s hard.” “This is tough for me, I’m really sick of talking about it,” Webb-Lunceford said, choking up. “This has been a hell of a day for me.” 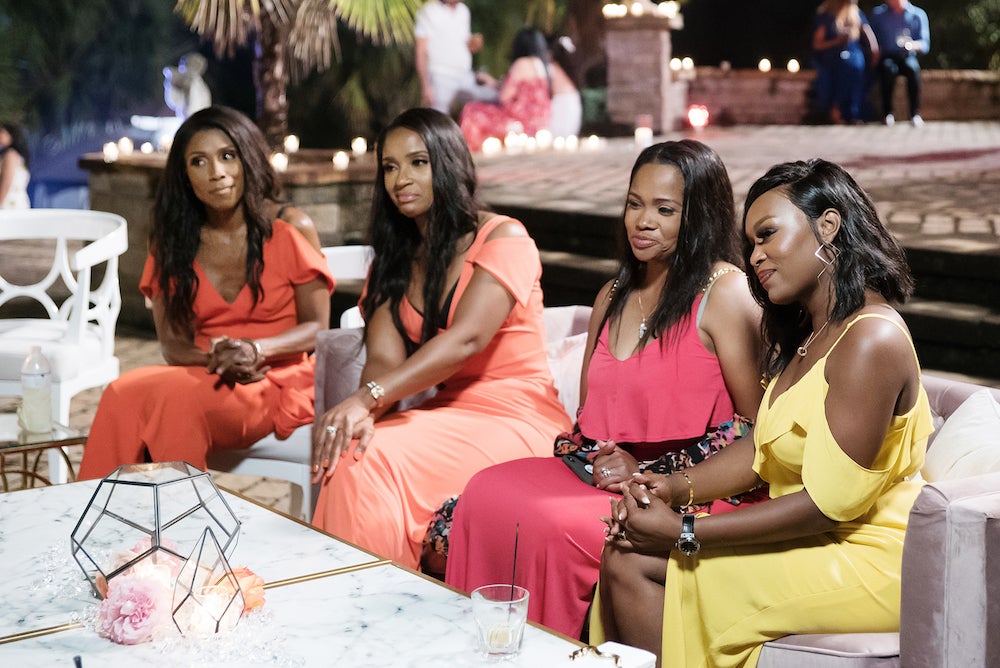 Dr. Jackie Walters, who is often the positive touchstone on the reality series, sat beside her, offering to “tag her out.” “When you are going through this, it hurts,” she said. And fans know that Dr. Jackie is speaking from experience. Although Webb-Lunceford is dealing with the fall out from an unfaithful husband this season, last season on the hit Bravo series seemed dominated by Dr. Jackie’s marriage to her husband Curtis Walters, who had been unfaithful. And although Dr. Jackie has reconciled with her husband, and continues to do joint and solo therapy to continue building a stronger marriage, the OB-GYN said she can understand why Webb-Lunceford is walking away. “Not seeing Greg — and I love and respect him — show the remorse you think a man would’ve shown during this process makes it even more painful,” Dr. Jackie said.

“I was going to tell you this earlier before I got a bit choked up,  it’s even more challenging when you’re in the public eye…because everyone has judgement,” Webb-Lunceford said, noting that many blogs have spread hurtful rumors about the demise of her marriage. “I’m all on the blogs today and some of the things I’ve read has been crazy. It’s been horrific,” she said. “I’ve read he left me because I never wanted to have a baby and I’m like well who told you I didn’t want to have a child because that’s not what I said. I never said that.” Webb-Lunceford continued, “And who said that I was sterile?  Which doctor did you go to for me? Because I never got the report. It’s been so much.” The reality star, who is also a co-host on Sister Circle, said she didn’t mention her husband’s infidelity last year to protect him.

We are having too much fun with George Wallace! Make sure to catch it at 12|11c on @tvonetv 💜💛💜💛. #sistercircle #funnyvideos @mrgeorgewallace @therealgeorgewallace

“I suffered in silence,” she admitted. “There were a lot of things that my family didn’t know…in my marriage that I still didn’t share with them.” Fans saw how Webb-Lunceford is coping: By using affirmations she recites in the mirror. The reality star said she still uses affirmations daily for self care. “We have to be our own motivators. Sometimes you don’t have anybody in the corner cheering you on,” she explained. Both Dr. Jackie and Webb-Lunceford hope women can learn how to recover emotionally after a partner has been unfaithful. “You’ve got two women, who went through two similar situations with two different outcomes, and there’s no right answer,” Dr. Jackie told ESSENCE. “The right answer is what makes you happy and what brings you the peace that surpasses all understanding.” Married to Medicine returns to Bravo on Sunday at 8 p.m. ET/9 p.m. Central.