Photo Credit: Shinell and Lance Smith
By Danielle Pointdujour · Updated October 23, 2020
Married ordained ministers Shinell and Lance Smith are in the business of helping couples in New Jersey define their own love stories, one wedding at a time. As Beyoncé once famously sung, “Who wants a perfect love story any way? Cliché. Cliché.” For Shinell and Lance, their imperfect story has led to the romantic adventure of a lifetime. Shinell, who worked for the Township of South Orange, New Jersey as a deputy clerk performing marriages and civil services, was completely done with dating in August 2014 when Lance, her on again, off again beau, came back into her life for good. After years of friend-zoning each other, they’d both grown and something felt different between them this time around. “We hadn’t talked in a while, but she was on my mind,” said Lance. “When Shinell came to my house, and I opened the door, it was like I saw a glow around her. Right then and there, I knew this was the person I wanted to spend the rest of my life with.” On Thanksgiving Day, after only three months of dating, Lance popped the question to Shinell and the couple married on December 13, 2014, taking the next step in a once-in-a-lifetime love. 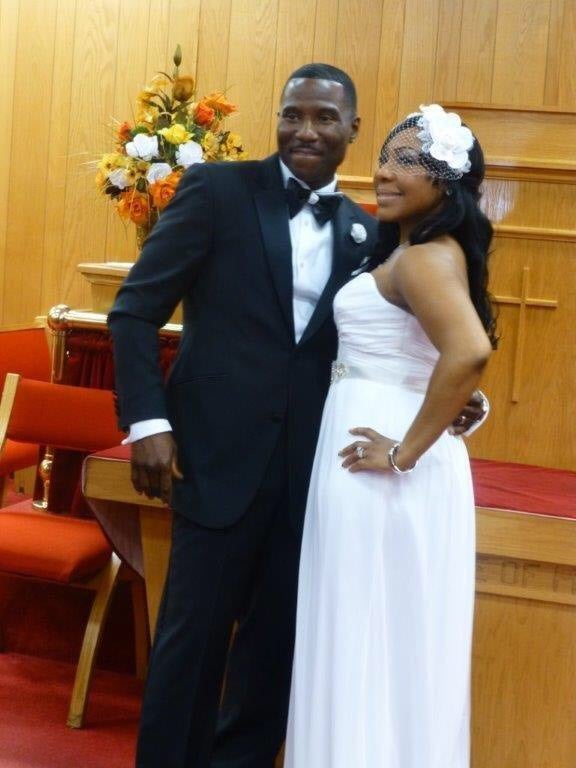 Fast forward to February 2015. A trip to Las Vegas to celebrate Lance’s birthday turned into an impromptu elopement when the couple’s childhood friends decided to get married at the city’s famed wedding chapel. Seeing a chance to add their own spin on the idea, Shinell and Lance headed back to New Jersey with love in their hearts and a new business idea on their minds. A few savvy business moves later, in August 2016, in Newark, New Jersey’s historic Mansion District, their Little Chapel of Love  was born.  Since its opening two years ago, Shinell and Lance have unified hundreds of couples and done their part to build stronger neighborhoods, cultivate communities and spread Black love through marriage. But what do you expect from a couple related to Frankie Smith of The Monotones, a man who literally sang about writing the book on love? ESSENCE.com caught up with the couple to find out more about their Little Chapel of Love and their secrets to starting a long-lasting marriage off on the right foot. What do you think makes The Little Chapel of Love so unique? Shinell: This business is such a dynamic situation because we’re fresh, we’re only three and a half years, almost four, in and loving this marriage thing. We’re loving love. This just makes this business even more amazing because we’re loving what we’re doing, bringing two people together in marriage. It’s wonderful. What kind of services do you provide for couples? Shinell: We’re getting into theme weddings. With our little space we’re going to do hip-hop backdrops and 90s and 80s themes where you might get married by Lance dressed up like a cross between Elvis and James Brown. In 2019, we’re going to do pet commitment ceremonies too. We also want to start doing couple trips, enrichment programs, and stuff like that, just to keep this love together. 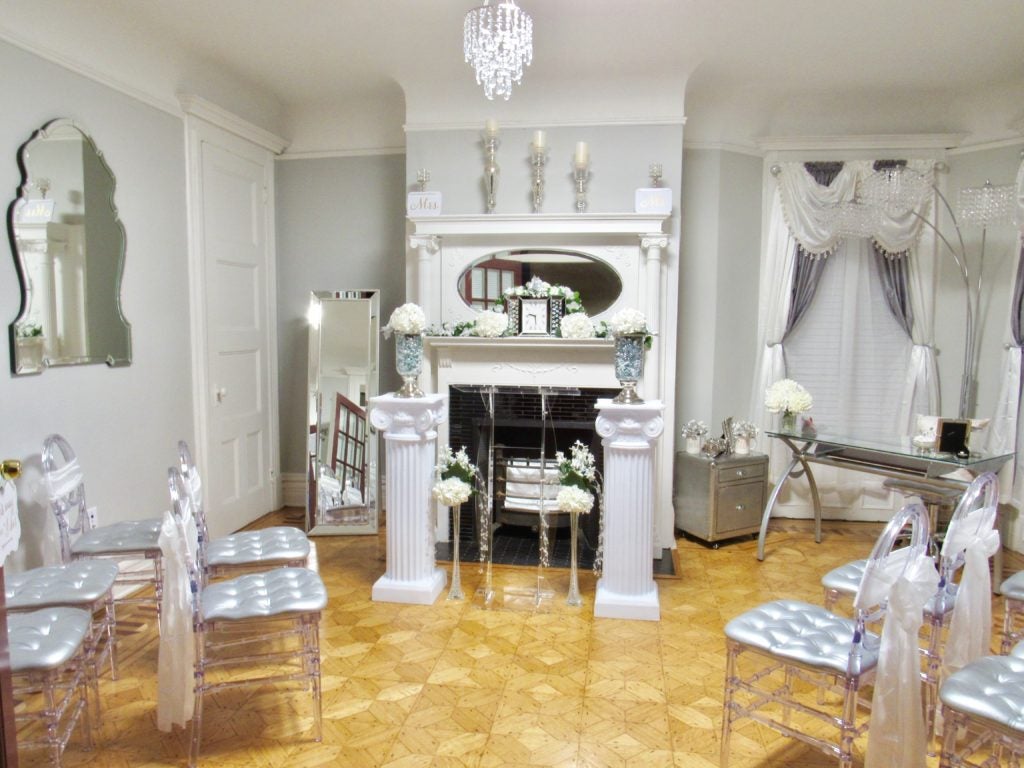 What tips do you have for someone looking to maximize their wedding, but minimize their budget? Shinell: Listen, the first tip would be to come on down to the Little Chapel of Love because this is where big dreams come true. In our boutique, chic, elegant chapel we’re giving you everything that you want, everything you could desire, but within 200 square feet. Only the most important [people in your lives] are invited, and by coming to us, you’re minimizing your budget and afterwards you can go and have a reception. Or you can do something down the line, we’ve had situations where clients say hey, “we want to get married today. We’re trying to buy a house or put down on a house” And it’s like, listen, save yourself the headaches. Come to us. Lance:  Also we decided to provide couples with pictures of their special day too. Most people, at their weddings, they want budget, but they still want to have lasting memories and some photos to have forever. I take tons of pictures, we edit them, and we give them to the couples for free. 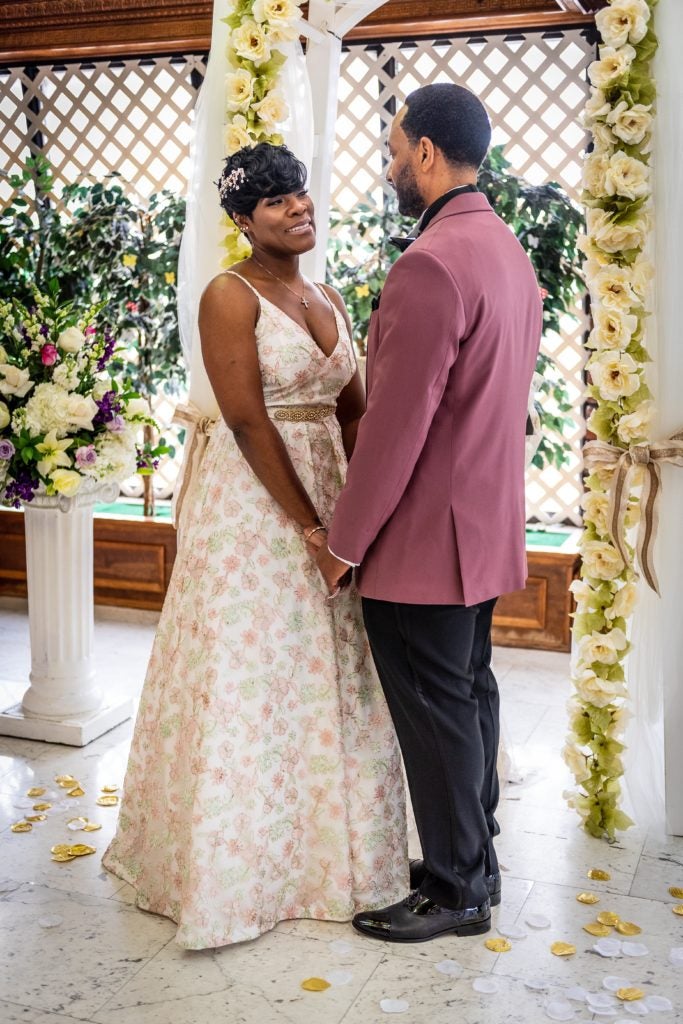 What would you tell couples who come to your chapel is the key to a long-lasting marriage? Lance: Honesty. The trust, the honesty, and the communication are the glue to longevity. You’re going to face many challenges. But, if you can communicate through it, that seems like the glue to the situation. Shinell: Communication, but it’s not easy. It’s something you constantly practice, because sometimes emotions get involved and you’ve reached certain levels. Like, “You know what, I’m just going to shutdown”. And, we as women, sometimes have to know when to back off. Especially for alpha women, you’re like, ‘No, I want an answer right now, I’m going to tough this out right now, I’m going to solve this right now.’ And, it’s just like, when he says, ‘Babe, give me break, not right now, we will pick it up later,’ then just back off. When cooler heads prevail, talk about it. Take a drive and discuss things. We have our best conversations in the car. (We call them the car chronicles.) You get through things. I know it works for us. But everybody has their own thing. There’s no one wrong or right way to this marriage thing. It’s trial and error. But at the end of the day, I think communication is key. 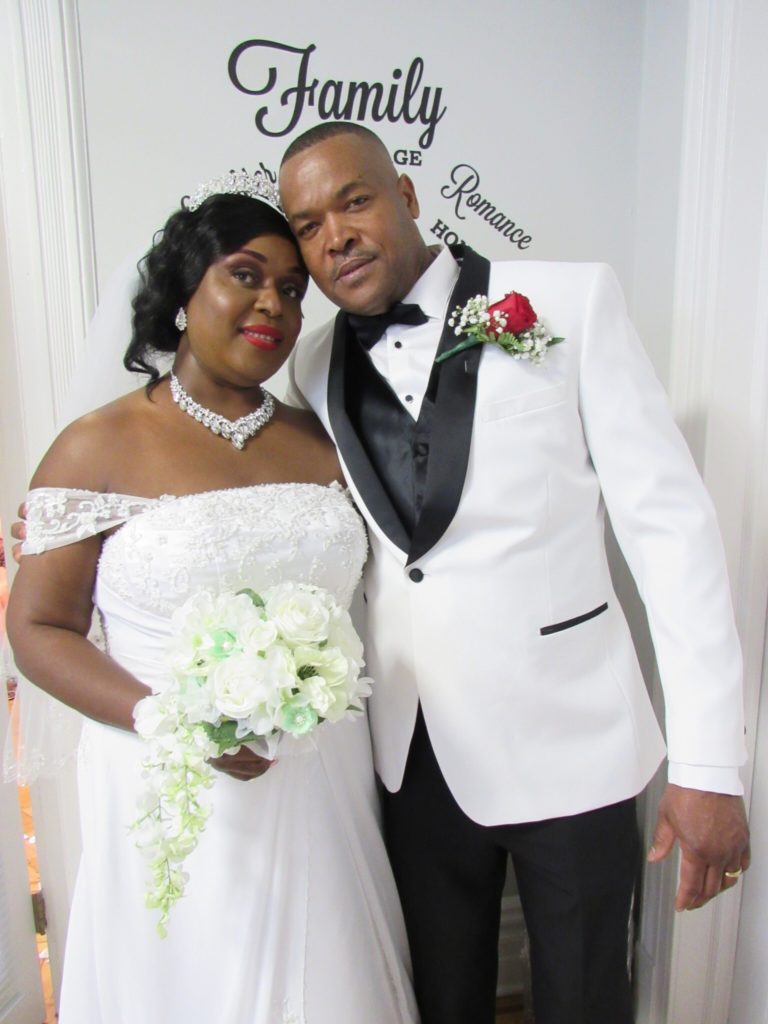