Courtesy of Jemele Hill
By Charli Penn · Updated October 23, 2020
Journalist and TV host Jemele Hill ended 2018 on a high note announcing her surprise engagement and sharing the big news with her fans across social media. Just days after Christmas, Hill, 43, posted photos of her fiancé, Ian Wallace, on bended knee on a rooftop as she smiled. Hill and Wallace have been together for almost four years—they met in 2014, and began dating seriously in 2015. “I’ve called this my year of transition,” she wrote in an Instagram post when she shared her engagement news. “I left a job, started a new job, moved to a new city and now … I’m engaged to the love of my life. I’m overjoyed and immensely blessed. In a series of photos.” Now the longtime sports journalist, who is currently a staff writer at the Atlantic, is sharing the details of her surprise proposal and her engagement joy exclusively with ESSENCE. For starters, the Detroit native is still on cloud nine. “[It feels] surreal, but right,” Hill said when asked how she feels post engagement. “Like a lot of women my age, I’m so used to seeing this happen to someone else. It feels a little weird for it to finally be my turn. But I’ve known for a while that I wasn’t going to let this one get away from me. I’ve found someone who makes me better, takes care of my spirit, and is secure enough to handle the public attention I receive. I truly feel like the luckiest woman on Earth.” Hill says she had no idea Wallace, 38, who is also from Detroit and works in sales, was planning to pop the question. “I was stunned.” Hill, who moved to Los Angeles in 2018 to start her work at the Atlantic, told ESSENCE. “Of course, we’d been talking about marriage, but I was thinking that he would propose some time in 2019 because we’re both going through some major transitions in our lives, having moved in together in LA in October.” 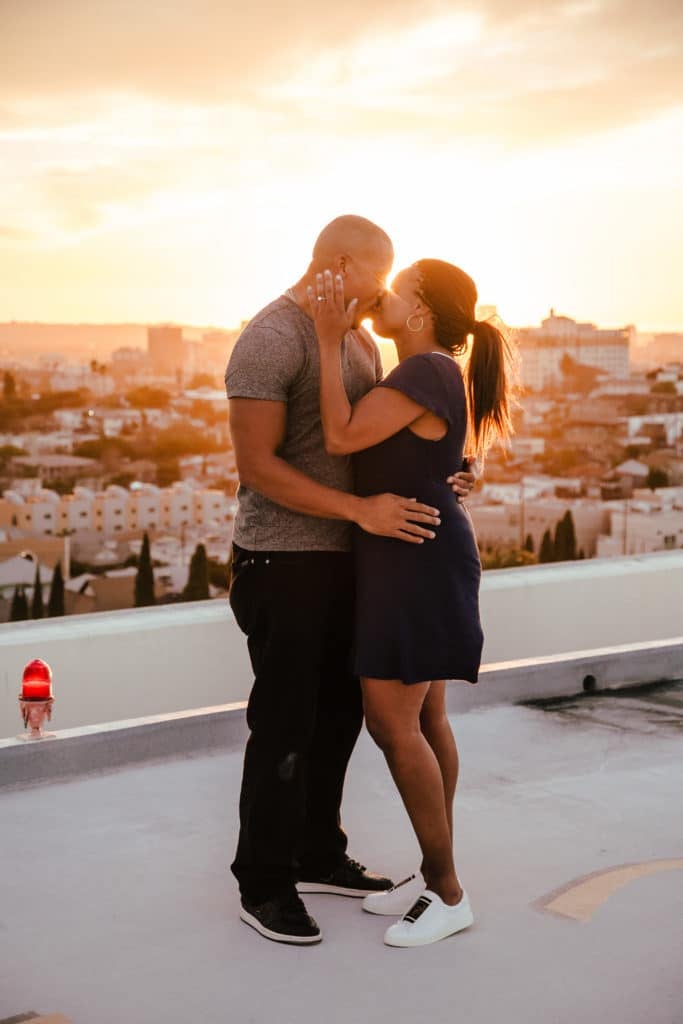 Well, the time was right for Wallace, who put a lot of advanced planning into his proposal. Although Hill didn’t see it coming, she admits that looking back, all of the signs were there. Wallace took her to Grand Cayman for her birthday (Dec. 21) the week before, and while they were there he insisted that she get a manicure along with her usual pedicure. That was the first sign, she recalls. He also asked her if she wanted to go on a helicopter tour of Los Angeles when they returned, which was her second clue. She agreed to the plan, even though it meant getting her hair done at 6 a.m. that morning, just a day after they returned from international travel. Hill’s best friend and business partner, journalist Kelley Carter, helped Wallace pull this off. “She and I go to the same hair braider and I just assumed she made the appointment so early because there were no other times available,” Hill recalls. Nope. Carter was in on the plan too. Hill says she was so tired that morning that she almost called off the helicopter tour, but she’s so happy she pushed through. Midway through the tour, the guide asked if the couple would like to stop on a rooftop in Echo Park to take in the sunset. (Still part of Wallace’s plan!) When they did, Wallace distracted Hill by asking her to look for a certain building in the distance. When she turned to say she didn’t see it, he was down on bended knee. Wallace presented Hill with a Tacori, solitaire cut diamond ring. “I think I momentarily blacked out when I saw him on one knee,” Hill said. “I do recall him using my full government name. I told him I needed a minute to collect my emotions, and then I said, ‘yes.’” Wallace had a photographer on hand to capture the moment at sunset, but the fun wasn’t over. “The pilot and photographer setup champagne and strawberries as we toasted to our minutes-old engagement,” Hill shared. “It turns out not only were they in on it, but so was my best friend, Kelley. He and my fiancé had been plotting this for months.” 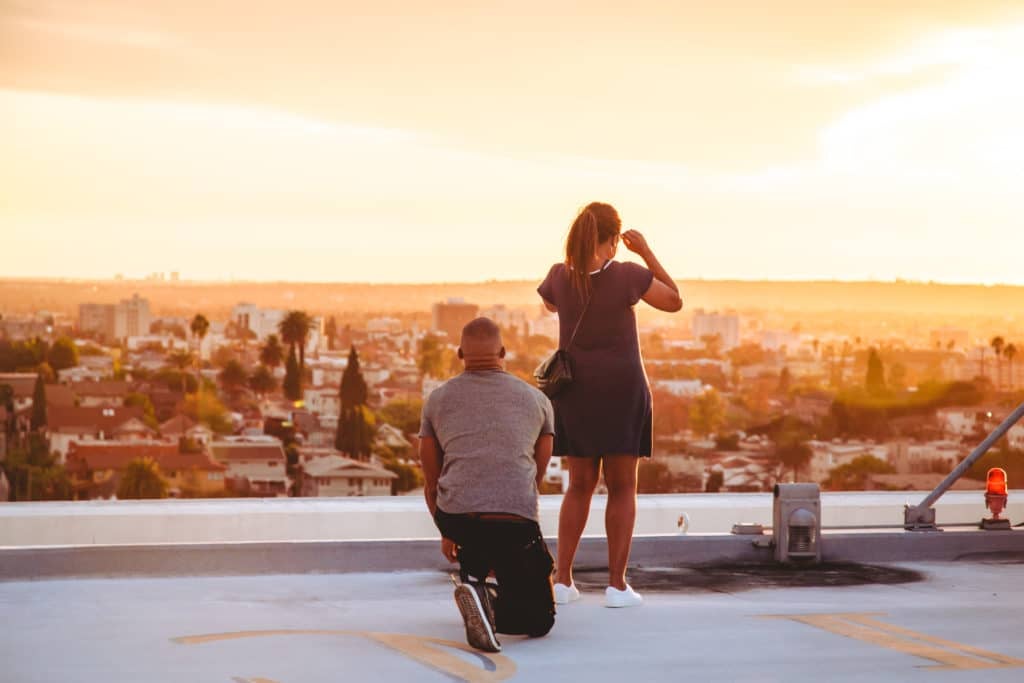 It was a fairytale moment for Hill and Wallace, who also shared a serendipitous encounter when they first met during Michigan State’s 2014 homecoming festivities. They are both alum, and Hill was in attendance to serve as the Grand Marshall of the homecoming parade. As part of her duties she had to tour the tail gate scene and greet different people and organizations. While speaking to an old friend she hadn’t seen in a while, he mentioned for his friend to come over. “My immediate thought was, ‘OK, the friend is hot,’” Hill said. “We were both flirting with each other, but never exchanged any information.” Later that night they spotted one another again at a Black alumni party and this time they exchanged information. “As it turns out, I’d just met my future husband,” Hill said. Aww! Listen to Jemele Hill’s interview on ESSENCE’s Yes, Girl! Podcast, which was recorded weeks before her engagement news, below.
Loading the player...