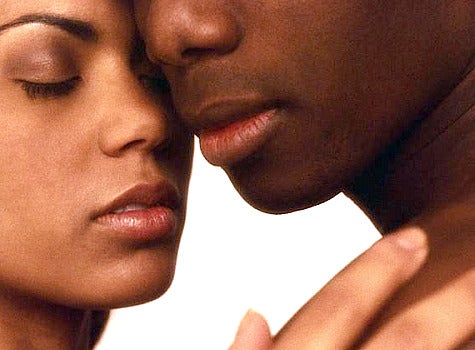 A lot of men are going to hate me for admitting this, but women can’t rely on us to be up-front when it comes to disclosing our sexually transmitted infections. I’m living proof. Ten years ago, after having unprotected sex, I realized the stinging sensation in my pants wasn’t like the yeast infections or trichomoniasis I’d had before. I was diagnosed with herpes. And I only told two women about it out of the 20 I went on to sleep with. When I got my results, I became depressed. I was used to pursuing attractive, ambitious women, and I thought women like that wouldn’t want a man with herpes. I was so angry at whoever had infected me–and I wasn’t even sure who she was. I never thought of myself as a victim though. By the irresponsible way I was living, I practically volunteered for this. From the time I was diagnosed in 1998, I only used condoms half of the time. With every new woman, we would start out with protection. But after a few months of safe sex, we’d just take our chances. Sometimes a woman would ask me not to wear a condom, and I obliged her request. No one ever asked me to get tested for herpes, so they never knew what a huge risk they were taking by having unprotected sex with me. I never admitted that I had it to women I was in relationships with. I thought about confessing, but I never had the courage. I feared being rejected by someone I cared about. I did outlandish things to hide the truth about my disease, like keeping Valtrex, my herpes medication, in a different prescription bottle so no one would discover it. Sometimes my girlfriend would want sex when I was having an outbreak. I couldn’t arouse any suspicion by saying no, so I would have sex with my boxers on to conceal where the blisters were located. If she asked why, I’d say, “Oh, it’s just a fantasy I have.” Afterward I would feel like a scumbag for putting my fear before her health. Of those 20 women, only one told me I gave her herpes: the mother of my children. Our relationship was over by the time I was infected, but occasionally we hooked up. At that time, she was the only woman I confessed to that I carried the virus, and I made sure she knew it was possible to catch it even when I didn’t have an outbreak. She doesn’t like to use condoms and took a risk. When she informed me in 2007 that she had tested positive for herpes, my life changed. It took knowing I had infected someone I really cared about to realize I was living a messed-up life. Shortly thereafter I joined a herpes support network, where I shared my experience with hundreds of people who had recently been diagnosed. But I’m still not comfortable telling most women that I’m infected. (When I told the other woman who knows my status, she was surprisingly okay with it, which made me wonder: What do you have?) I advise guys to not make the mistakes I’ve made. Be honest with women about STIs, even though it’s not easy. The advice I give to women is different. I want them to know that some men just won’t tell you they have a disease. And some men don’t even know they have an STI because they don’t have symptoms or haven’t been tested. Since herpes can be spread through skin-to-skin contact even when a condom is used, every woman should ask her man to get a herpes test before they become intimate. If you can’t be there when your man is tested, insist that he show you his recent results from a medical facility on letterhead. The conversation might be awkward, but it’s necessary to protect yourself from a guy like me. Read more: