By clicking Sign Up, you agree to our Terms of Use and that you have read our Privacy Policy
Skip to content
Egypt Sherrod
By Jasmine Grant · Updated October 23, 2020
Radio and HGTV host Egypt Sherrod has been an open book when it comes to her life behind the cameras. Juggling responsibilities as a wife, mother and entertainer hasn’t been easy. But she makes it look effortless. 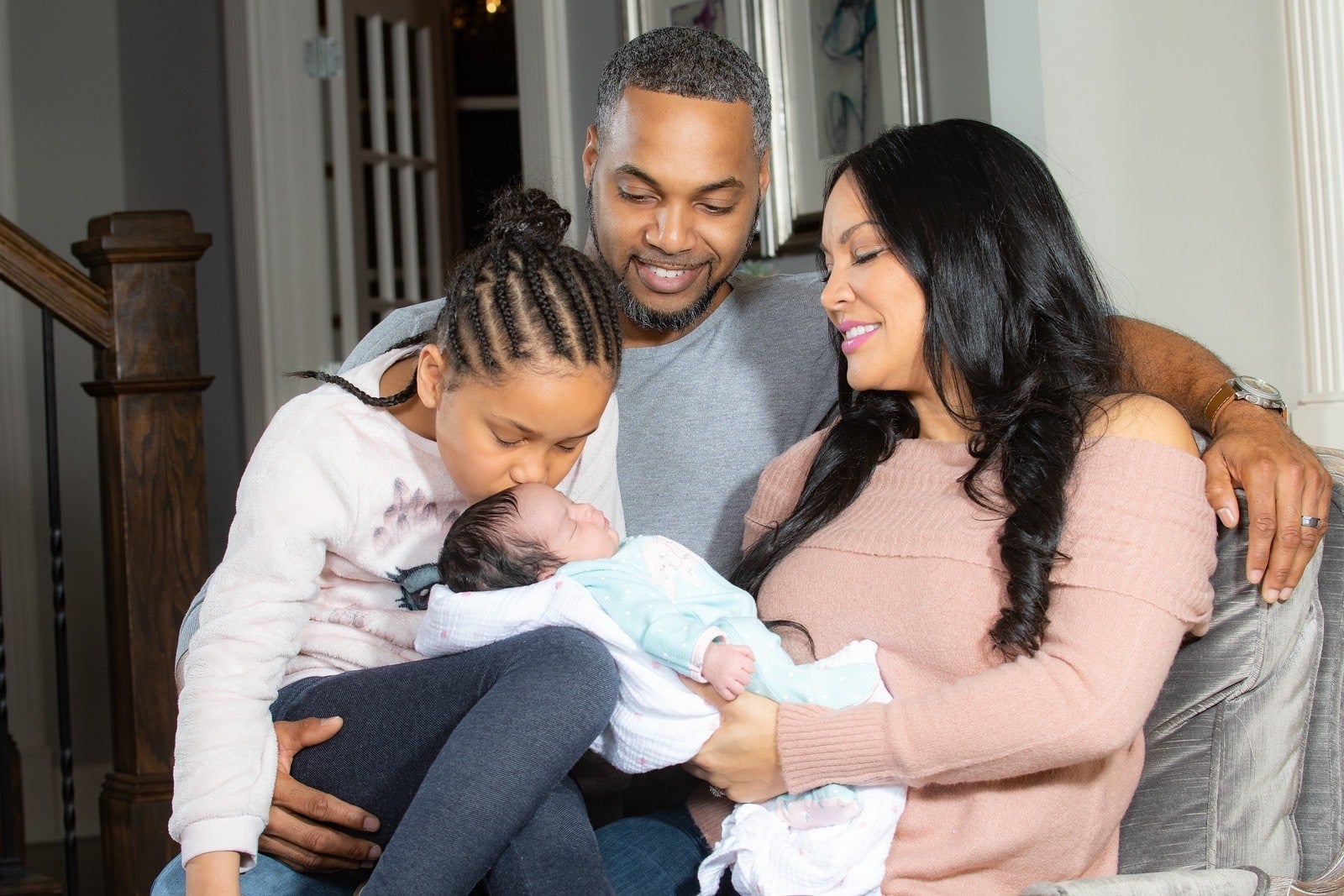 What you may not have known is that Egypt and her husband DJ Fadelf tried for five years to conceive their second child, but at the time, it seemed impossible. In fact, her doctors recommended a partial hysterectomy to relieve her of chronic endometriosis pain. As it turned out, the universe had other plans! 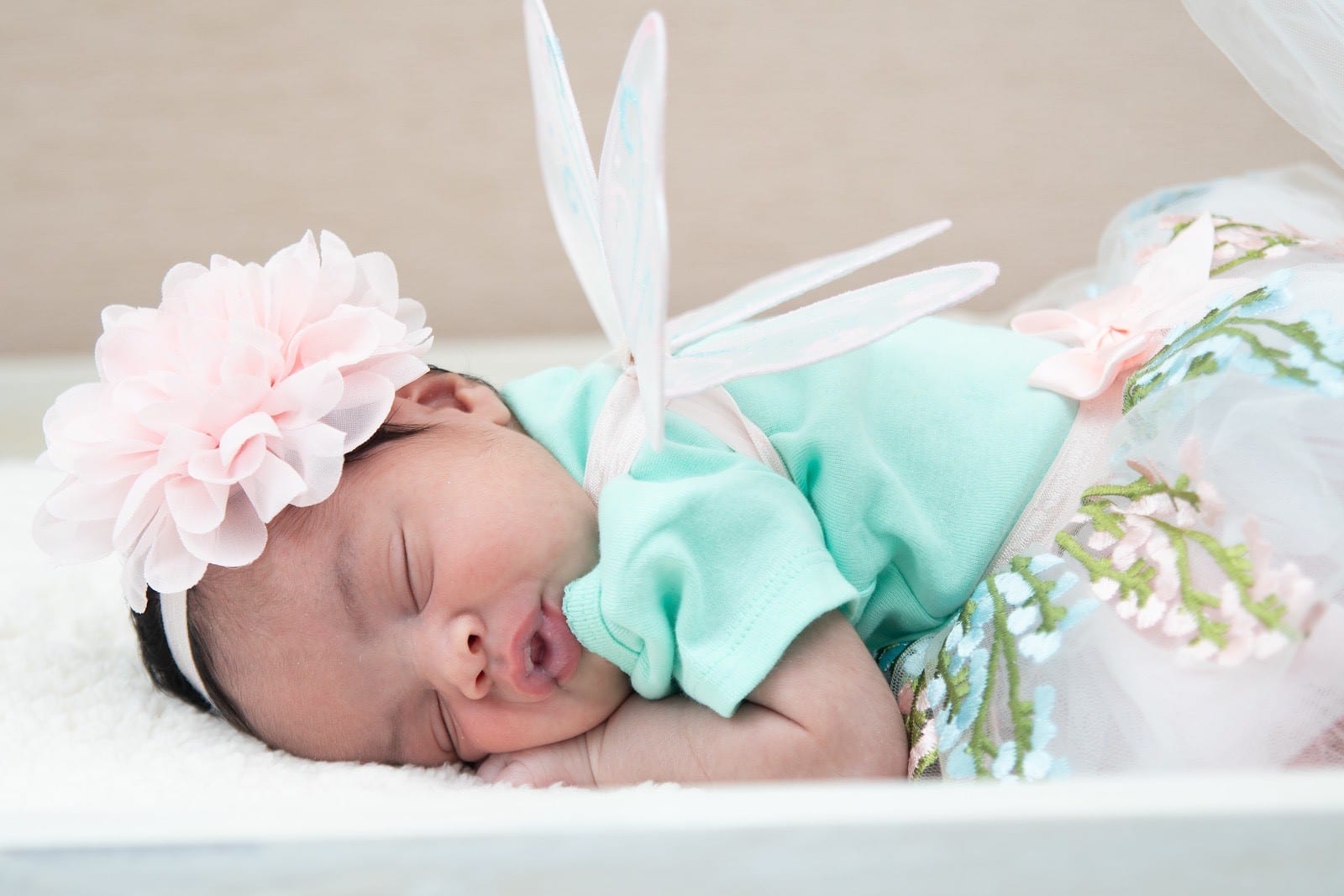 We spoke to Egypt Sherrod exclusively about giving birth at 42, surviving a life threatening postpartum complication and how her children are adjusting to their beautiful new addition to the family. First off, congrats on your beautiful baby girl! You mentioned you’d been trying to conceive again for five years. How shocking was it to finally discover that you were pregnant? When I think about it, it’s still surreal because I was scheduled to have a partial hysterectomy in December 2018. I went ahead and got it on the calendar because I knew in my business that would be a slow time and I’d have the time I needed to heal.  I give total glory to God on this one because He knew my heart and He knew how bad I wanted another child for years. I hit this wall just a little, you know, emotionally, of like, I guess it’s just not going to happen for me. I decided , we can adopt. And that’s what I would say outwardly. But inwardly I would just kick myself all the time.

Well the party in my belly is almost over so I have to post one more maternity photo in honor of this term. I gotta tell you, this has been a pleasant journey, despite the struggles I went through to conceive. The occasional bout with sciatica, some sleepless twisty nights, and a last month diagnosis of gestational diabetes ( but nothing I couldn’t handle with adjustment). I can’t believe I didn’t even get ONE SINGLE STRETCHMARK!!! 🥳🥳🥳 I gained 32 lbs which is miraculous compared to my last pregnancy where I gained almost 88lbs and suffered with edema and preeclampsia. But more than anything, I have been full of joy and anticipation the entire way through! Come on thru Ms #HarperSkye…. momma’s waiting to kiss your cheeks. ❤️❤️ #Waiting #pregnancyphotoshoot #pregnancylife 📸@jaxonphotogroup

How exactly did you find out the news? It’s actually a funny story. Back in March 2018, I went to pick up my seven year old daughter Kendall and her teacher says to me a “congratulations! I hear you have another little one on the way” and I’m like, “what are you talking about?” I wasn’t pregnant, and as far as I knew at the time, I wouldn’t be able to have anymore kids. So I looked at my daughter like, ‘Kendall, why did you say that to the teacher?’ And she just starts giggling and says, ’cause it’s true,’ and runs off. Fast forward to June, my husband and I are hiking in Morocco, in the Atlas Mountains. I started getting lightheaded and nauseous. My head did not go to pregnancy at all. After the hike, we go to an apothecary because I thought it was because I had switched to a vegan diet, but the healer there kept telling me I was pregnant. I thought, ‘no way.’ But I still took a pregnancy test during our layover in Paris, and sure enough, it said I was pregnant. l was on a plane the whole way like, ‘this is nuts!’ I just cried for hours in gratitude. Your pregnancy was considered high-risk because of complications from an earlier pregnancy and your endometriosis diagnosis. What precautions did you take during the pregnancy? The first thing to know is that with my first daughter I had a challenging pregnancy, specifically in the third trimester. She came a little bit early. I had preeclampsia and horrible edema that that was spreading. A year after I had Kendall, I started having the fibroid pain as well. When I found out that I was pregnant with Harper, I went to the same GYN who recommended a partial hysterectomy to me. She giggled so loud you could hear her in the hallway. With the health issues, I thought I ran out of time. But she did tell me there are women who have very successful pregnancies with fibroid issues.  When I went to the maternal fetal doctor, they’d say it was a geriatric pregnancy. I would giggle and laugh. Like, really? Am I the oldest person you’ve seen today? And do you know that this doctor told me that they had a woman, a 60-year-old, who was pregnant with twins? I did have a healthy pregnancy at the end of the day.

Isn’t it amazing how you would literally lay in front of a Mack truck, if it meant protecting your babies?! This little angel has only been here for two weeks, but completes our family in so many ways. Please let it be known…… I will exemplify the physical powers of a superhero if anyone tries to hurt any of my children. Superwoman ain’t got nothing on SUPERMOMMABEAR 👊🏽 #TryMe #SheCrazy #IDontCare #PostPartumTalk @HarperSkyexoxo Photo by @dreammultimediagroup Check out the @People magazine exclusive at the link above.

How was the delivery process, and did you have any post-delivery complications? On TV, I would see womens’ water break and it’s like a big splash. When I went into labor it just felt like I was losing control of my bladder or something. And so I really didn’t know what was going on. I was in labor for several hours because I had eaten right before my water broke and the anesthesiologist wanted to wait a few hours before giving me the medication for the c-section. What was scary is I was checked out of the hospital two days after giving birth, and when I got back home and laid down to go to sleep, it felt like I was drowning. I couldn’t breathe. My husband rushed me back to the hospital, and it turned out that I had ‘fluid overload’ from the c-section and was drowning from the fluid in my lungs. Had I let probably another day go by, I may have passed away. There’s warnings everywhere saying you can experience this after a c-section, and no one at the hospital told me. Lots of celebrity women have been opening up about struggling with fertility issues and difficulty to conceive (Kenya Moore, Kim Kardashian, Remy Ma, etc). Has it been comforting to hear those stories and know you’re not alone? I’m mostly familiar with Kenya because we follow each other and talk to each other and send each other blessings on Instagram. I found out about her story and it just feels like we’ve kind of mirrored each other a little bit in terms of our pregnancies. With her being disassociated with her mom and how she’s striving to be a different mother as well, it’s all inspiration. It’s all very touching. I think when we hear other women’s stories, we start to realize we’re more alike than we are different. We all want to be loved, appreciated, respected. , [As women in entertainment], we start to think that we can’t have it all, that we have to choose between family or career. As you go from girl to woman, you start to realize that life’s got to be about more than just you.

Hey sissy poo! I love you too!

How have your daughter and stepdaughter been adjusting to the new baby?  Well, my stepdaughter doesn’t live with us full time, so she’s actually coming to see the baby next week. We’ve been FaceTiming her like every day ecstatic and giggling about it. Kendall was obviously ecstatic at the thought of being a big sister. She wanted a girl so badly and claimed it back in March. But I think reality set in for her that mommy and daddy’s attention is split. And, so right now, we’re just making sure that she feels just as much love gets just as much attention. I want her to understand there’s a difference between having to care for someone more versus loving someone more.