By Paula Rogo · Updated October 23, 2020
A 98-year-old man has been trekking 12 miles a day to visit the love of his life—his wife of 50 years—in the hospital. According to the Spectrum News Rochester, Luther Younger has been making the daily trip to Strong Memorial Hospital in Rochester, N.Y., to visit his wife Waverlee, who is paralyzed and has battled brain cancer, since 2009. The Korean War vet says he makes the trip along highway I-390 because his life is deeply connected to that of his wife. “I ain’t nothin’ without my wife,” Younger told Spectrum News. “It’s been a rough pull. It’s been tough. I can’t stand to see her up there like that.” His daughter, Lutheta, says that Younger has always been a walker, and that he insists on getting himself to the hospital. “He doesn’t have to, but he wants to,” she tells Yahoo! Lifestyle. “I can drive him. He just doesn’t want to wait; he’s impatient.” “The whole time she was sick, he would stay overnight [in the hospital],” his daughter says. “He wouldn’t leave her.” 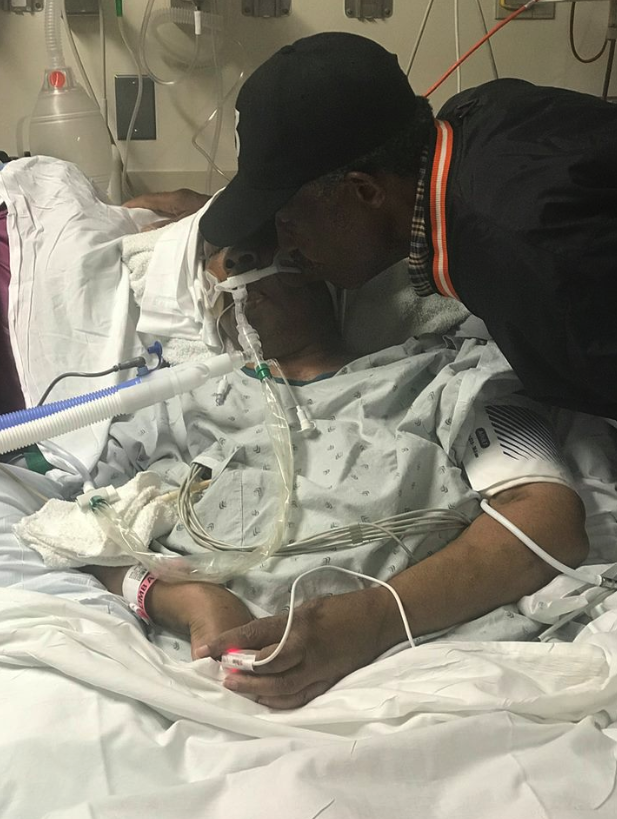 Lutheta has since launched a GoFundMe fundraiser to help him with the daily commute and her mother’s hospital expenses. So far, the campaign has raised just over $20,000, of the $40,000 asked, in two days. As for Younger, he still fondly remembers the good times with his wife. “She’s the best cup of tea I ever had,” he said. “She would come in and kiss me and say ‘baby’ and feed me in the bed, and this is what I need right here.”