Black artists gather for a recent event for “The Collective” | Credit: Ziggy Mack.
By Brittney Oliver · Updated October 23, 2020
When it comes to equity in the art world ecosystem, everything is not as it seems. As artists like Jean-Michel Basquiat, Kara Walker and Kehinde Wiley dominate popular culture and exhibit spaces across America, there is still a lack of representation of Black artists displayed in museums and art galleries. According to Other Words and artnet News, “just 2.4 percent of all acquisitions and gifts and 7.6 percent of all exhibitions at 30 prominent American museums have been of work by African-American artists.” Ironically, while Black cities like Atlanta, New Orleans and Memphis are known for being Black culture hubs, visual artists have limited opportunities to shine. This was one the main inspirations behind Victoria Jones’ Memphis-based “The Collective” (The CLTV).  CLTV is an arts organization that provides a platform and resources for Black artists. In almost five years the CLTV has grown into a thriving community of artists. “If you have a group of Black artists who are intentional about allowing their creative energy to uplift the Black community…some really intense change can happen. It can be replicated,” Jones shares. After working on an art exhibition for a Black visual artist and not seeing other Black people in attendance, Jones felt that “it was a real missed opportunity” for her to live in a predominantly Black city and see us missing from the conversation. She knew then there was a need to create space for Black artists to build a community of support, resources and development. “[I wanted to] figure out how to empower Black artists, use their creative expression to elevate Black communities and kind of shift the culture of Memphis,” Jones says. Ahead she explains to us how she’s doing just that. 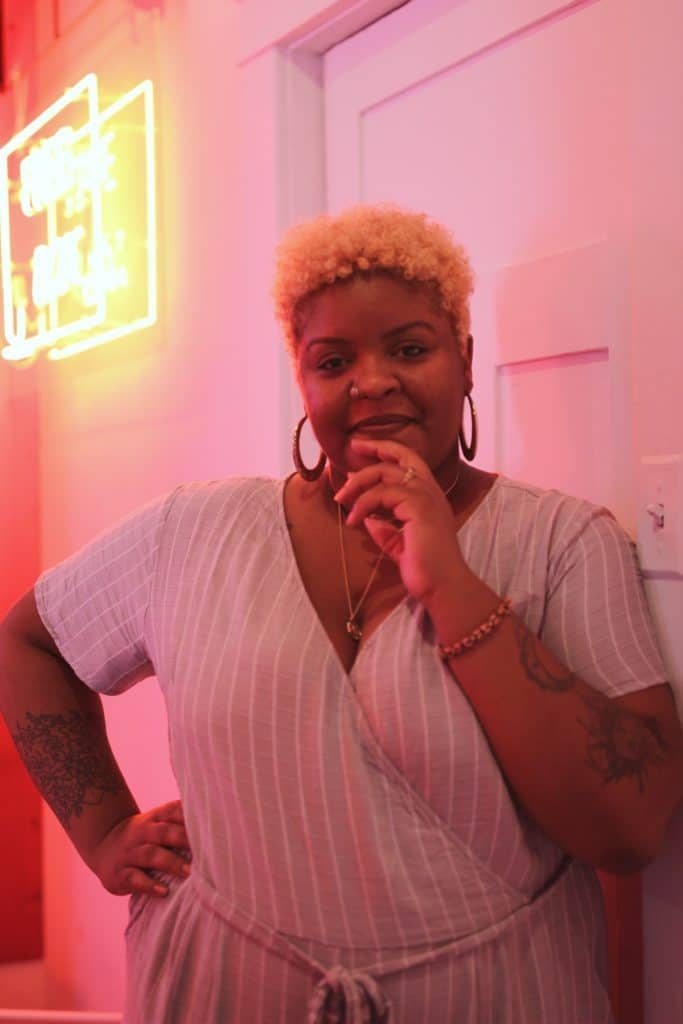 Funding While Protecting Creativity As a nonprofit, Jones has run into issues raising the capital she needs while protecting the integrity of artists. “Funding hasn’t been super easy for us. We’ve come upon some [capital] but like a lot of it is sacrifice from our team and our community. Like folks just trying to figure out how to put the pieces together. We’ve gotten smaller grants here and there, but it really has been a community,” she said. The CLTV is finding non-traditional ways to raise money by sourcing contracts for consulting and public art, renting out their space for events and selling ads in their upcoming art magazine. “We are trying to find ways to become more self-sufficient so that we’re not having to rely completely on somebody deciding that we’re worth it,” she explained. Being Tokenized By White Institutions To build a community for Black artists, Jones knew that it would take more than grassroots efforts to create equity and a safe space. The organization would need financial support to provide the programming, stipends and own gallery space to “eventually pass down to the next generation of artists.” Because this is the only organization representing Black visual artists in Memphis, it elevated the interest of legacy institutions for partnerships. “We were trying to find ways to use those little points of access to kind of break open and create consistent access for Black artists in those spaces,” she shared. However, those opportunities to work with predominantly White art institutions became limited as their outreach tends to be centered around Black History Month, Dr. Martin Luther King Jr. Day and Juneteenth. Another obstacle is finding the right institution to partner with because not all spaces are safe spaces. “We were pushed to partner with some of the legacy institutions that we probably shouldn’t have based on the idea that it would just get your name out there,” Jones says. Although the CLTV would partner with institutions that manage million dollar budgets, they realized there was not a difference in how they produced their programming aside from the access those partnerships brought. “Like it’s no magic to this. There’s no hidden key,” Victoria says. The partnership was akin to a square peg attempting to fit into a round hole. Whenever the CLTV would partner with legacy institutions, their community would shy away from attending and supporting some of those initiatives. “When people witness us being tokenized and know we’re doing a little shuck and jive thing, we lose folks with that. We’ve had people ask us ‘why would y’all partner with them?’ because they’ve never seen themselves represented there,” Victoria says. The experience made jones more selective about who is brought into the fold. 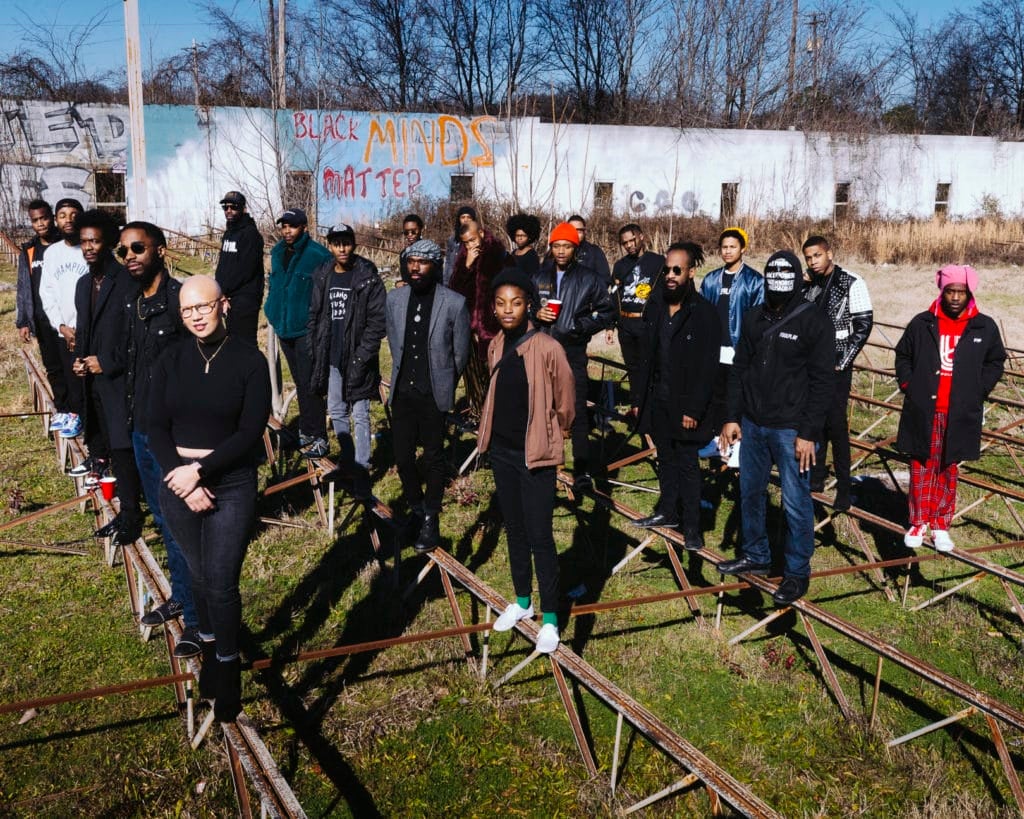 Black artists gather for a recent event for "The Collective" | Credit: Ziggy Mack.

Providing A Safe Space For Artistry Therefore, the CLTV put their partnerships on hold to work on creating a safe space on their own. Her work, along with other artists, has resulted in the opening of The Complex (CMPLX) which includes two galleries, a workspace/computer lab, and an open studio space that opened on January 11, 2019, in the historic Memphis neighborhood of Orange Mound. “We’ve seen our experiences become tokenized, so really getting an opportunity to see what happens in this space that is run by Black people — Black people are the ones coming to the shows and are the ones presenting in the shows— [feels like] a safe space to kind of walk through your narrative,” she says. Since starting the CLTV, Jones and her staff have provided stipends for members of their community to participate in artist residency programs and paid commissions for public art projects. Driving Art Entrepreneurship The intersection of art and entrepreneurship is on the rise as Black artists are finding ways to make a profit from their artistry in traditional and nontraditional methods. When there are not enough galleries and opportunities, there is no space to create it for yourself. “Parts of our art economy are, like the rest of our society, mainly set up for folks who don’t look like us. I think it is a con, but it also becomes one of our biggest pros because folks are creating what they want to see. They’re not necessarily waiting on someone else to make it for them,” she explains. 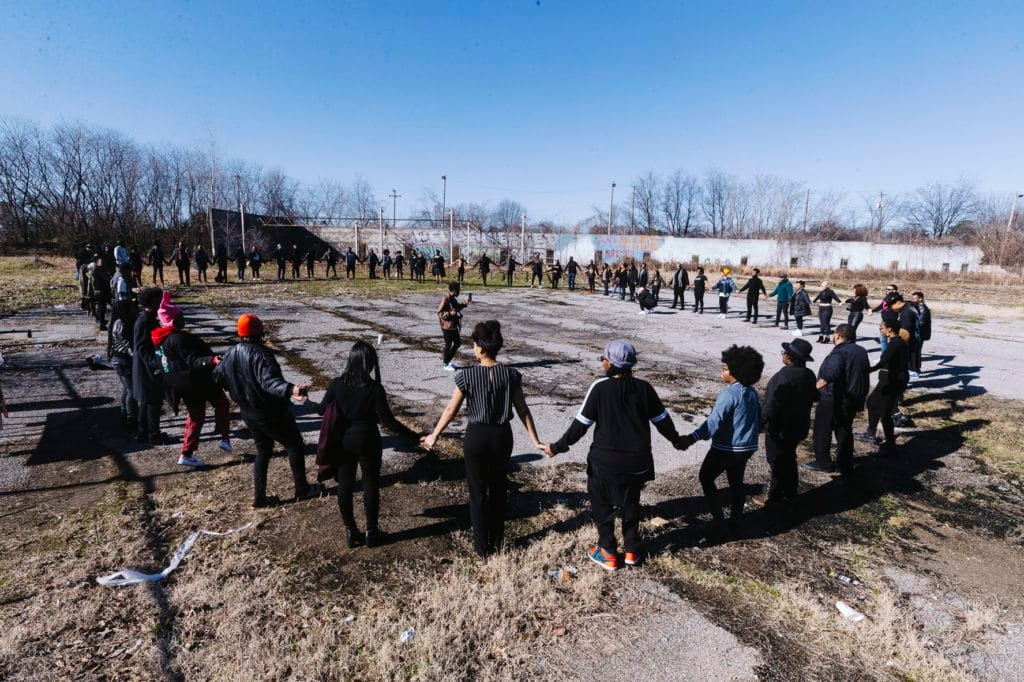 Black artists gather for a recent event for "The Collective" | Credit: Ziggy Mack.

Inclusion in the art world ecosystem is similar to the issues Black employees face in parts of Corporate America. Although Black culture continues to be popular and profitable for many industries, Black folks are rarely in positions to drive the narrative. “Galleries, museums, and concert venues and more interesting when they diversify who they’re representing and including the voices,” Victoria says. Equity to Victoria is not just including more Black artists in residency programs, but breaking down how art institutions are including Black leadership to boards and staff to elevate voice for Black artists. For Victoria, a Black artist can no longer wait for institutions to fix their diversity problems from within. Equity is created through entrepreneurship. “I think it’s past time that we’re sitting in waiting on someone to invite us to their table when we could be creating a really beautiful one on our own,” she declared.
Loading the player...