The tranquil region of Tela, located in Honduras’ northern Caribbean coast, is an hour and a half drive away from the closest international airport, San Pedro Sula Airport (SAP). It is in this tucked-away community that you will find the roots of Honduras’ Afro-Caribbean Garifuna.

Black people living on St. Vincent in the 17th century were exiled by British troops in 1796 and eventually shipped off to the Honduran island of Roatan as well as to the coastal areas of Honduras and Central America. The Garifunas are a mixture of African and native descent with their own language, art, and customs, and have utilized their coastal refuge to become a largely seafaring community. In the destination, there are a plethora of marine-based tours like scuba diving amongst endangered species of coral, snorkeling next to hawksbill turtles, and kayaking through mangroves–all easily found just off the coast home to 100,000 people.

Some of the traditional Garifuna food that you can try in the region include Sopa de Pescado (fish soup comprised of yucca, onion, and coconut milk), Machucha (a ball of yellow and green plantain served with soup), and Bimecacule (sticky sweet rice). “Garifuna” literally means cassava-eating people, and as you could guess, cassava is the main staple used in their cuisine. For example, the tasty Ereba is cassava bread made from the root of the yucca plant.

Adjacent to the only major resort in the destination, the Indura Beach & Golf Resort, are the Miami and Tornabe Garifuna villages. The pastel colored community of homes marks the traditional home building style of the Garifuna. The men sit outside and weave cream-colored nets in a rapid-fire method that has been passed down for centuries. For example, local Garifuna net weaver, Amado Diego Martinez is one of the few fishermen left in Tornabé that follows the generation-old technique. Martinez manufactures the tools he uses to weave the nets, which consist of a wood needle and a “mayero” of different sizes- vary from two inches to seven inches wide, depending on the size of fish that the fisherman needs to catch. 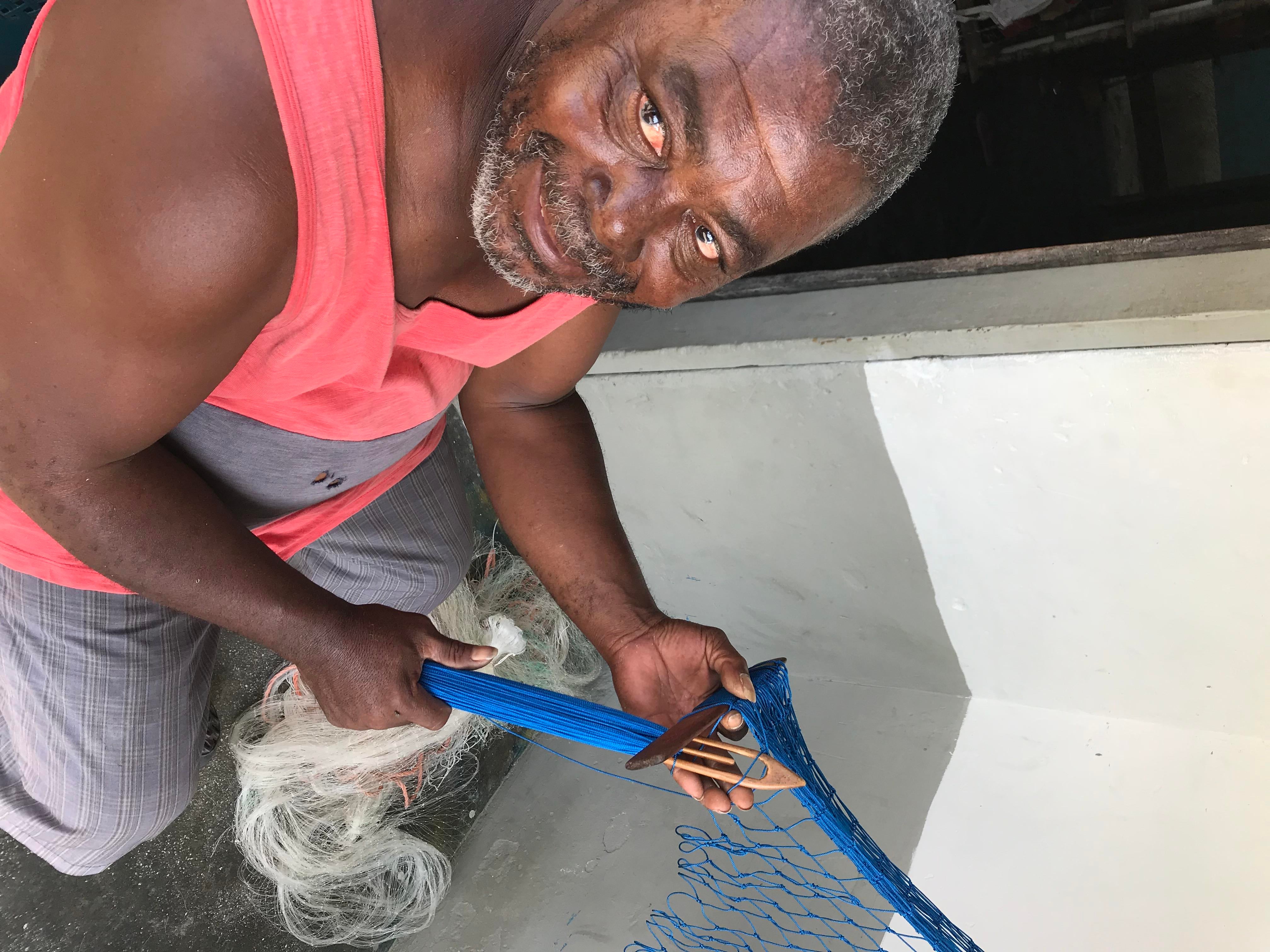 The fishing process usually involves three men standing a few feet from the coast in the water holding specific ends of the net. One person creates a large semi-circle and two men throw the net, not missing a beat. The crew pulls and pulls, the net slowly comes together, collecting fish along the way. The most common fish caught by local fishermen in Tela are Jurel (yellowtail), bonito (tuna), culila (similar to jurel), macarela (mackerel), calale (lane snapper), and Corvina (similar to sea bass).

If you’re keen to explore your surroundings, guided kayak tours through Tela’s ancient mangrove forests offer another opportunity to become immersed in the rich, biodiverse environment of the Jeannette Kawas National Park in which Tela sits. The “Laguna los Micos” itinerary led by the Garifuna Tours company showcases the wealth of species that call the country’s second largest lagoon home. Possible sightings include white-faced monkeys or ‘micos’ which frequent the mangroves, as well as a plethora of birdwatching opportunities with some of the 350 species of birds that migrate and nest there.

Three miles south of Tela, the Lancetilla Botanical Garden and Research Center is the only the Botanical Garden in Honduras and one of the largest in Latin America. It was founded in 1925 to test the adaptability and marketability of plantain and currently boasts a total of 1681 hectares. Walking through the garden will unfold a diverse collection of national and exotic flora, collected over the last 80 years from tropical areas around the world, including orchids, palms, mangoes, bamboos are also represented, as well as the largest plantation of purple mangosteen in the western hemisphere.

Beneath the Deep Blue

Tela is outfitted with only one quiet dive shop (compared to over 100 on the nearby island of Roatán). The Tela Marine dive shop and educational center were started by Honduras-born Hungarian, Antal Borcsok. His PADI-certified instructors takes small groups to dive locations teeming with marine life and healthy coral like Mushroom Mound, Canyon, and Rotunda.

For those who’d rather not dive so deep, snorkeling at Punta Sal is offers a chance to see the highest density of critically endangered elkhorn coral in the Caribbean. The snorkeling excursion also includes a visit to the Punta Sal National Park and access to Punta Sal’s private beach.