By Kimberly Wilson · Updated October 23, 2020
Houston isn’t just the home of Beyoncé, Tex-Mex and the Rockets. It’s now also the playground for WanderStay Hotels — the first Black-owned hostel of its kind — which officially opened its doors on August 13th. And we have Deidre Mathis to thank for that. After falling in love with hostels years ago when traveling in Asia, the FAMU grad was on a mission to bring the communal living experience — and the friendships and connections that come with it — to wherever she landed back home. The city she embarked on? Houston, Texas, of course. After relocating to the city in 2014, she hit the ground running, merging her love for travel with her entrepreneurial pursuits. First, with the publication of her budget travel book, “Wanderlust: For the Young, Broke Professional,” and then with the business plan for her hostel. Meet the sista’ who just made history by opening the first black-owned hostel in the United States. 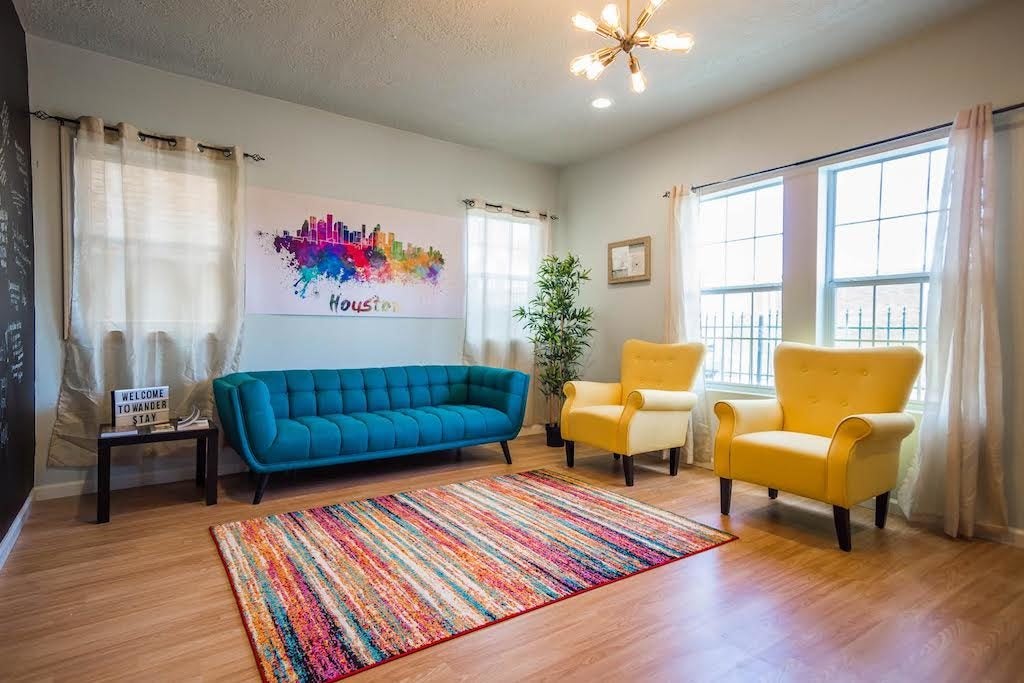 What sparked your passion for travel? It was sophomore year of college at Florida A&M University. I was in Spanish class and one of my professors was telling us about alternative spring break trip to the Dominican Republic. I always joked and told people I was born and raised in Florida so I kind of grew up in a vacation place. It was never really any strong desire for me to leave that because I was a Floridian. We already have beautiful beaches and great weather. When she was giving us information about the trip it was great, but it wasn’t anything that I thought was for me. It literally took her pinpointing me out, saying “Deidre, I think that you would be great for this opportunity, so much so that I’m going to pay for your trip to go.” If it wasn’t for her I don’t know if the travel bug would have ever presented itself in my life. I didn’t think that this little Black 19-year-old girl could get it, but it absolutely changed my life just being in a country where people looked differently and spoke differently and ate different foods. It was all so amazing to me. Ever since then, I’ve said, “I need this all the time.” What made you decide to open a hostel? And why did you decide on Houston? When I graduated from graduate school, I embarked on a gap year. So for a little less than a year I traveled all by myself. I started off in Australia, and I went to about nine different countries all alone. During that year I stayed in hostels. I stayed in them for several reasons: Number one, I was traveling on a budget and didn’t want to spend a lot of money on hotels. And number two, I was by myself. I stayed in hostels everywhere from Australia to Bali to Thailand to Fiji and I just fell in love with the fact that instant connections were readily available. Even though I was a solo woman traveling by myself, when I got to these places I met people and we just created these instant friendships. It wasn’t until after I got home, I got offered a job working as a student abroad advisor. My boss literally said to me when she hired me, “we don’t care where you go, but we want you in Texas.” So I said, I think I’ll go to Houston. After living here for about a year, I realized it’s the fourth largest city, the most diverse city in America, there’s already a hostel here that I studied for about a year. I thought it was a great place for me to open a hostel, and that’s exactly what I did. 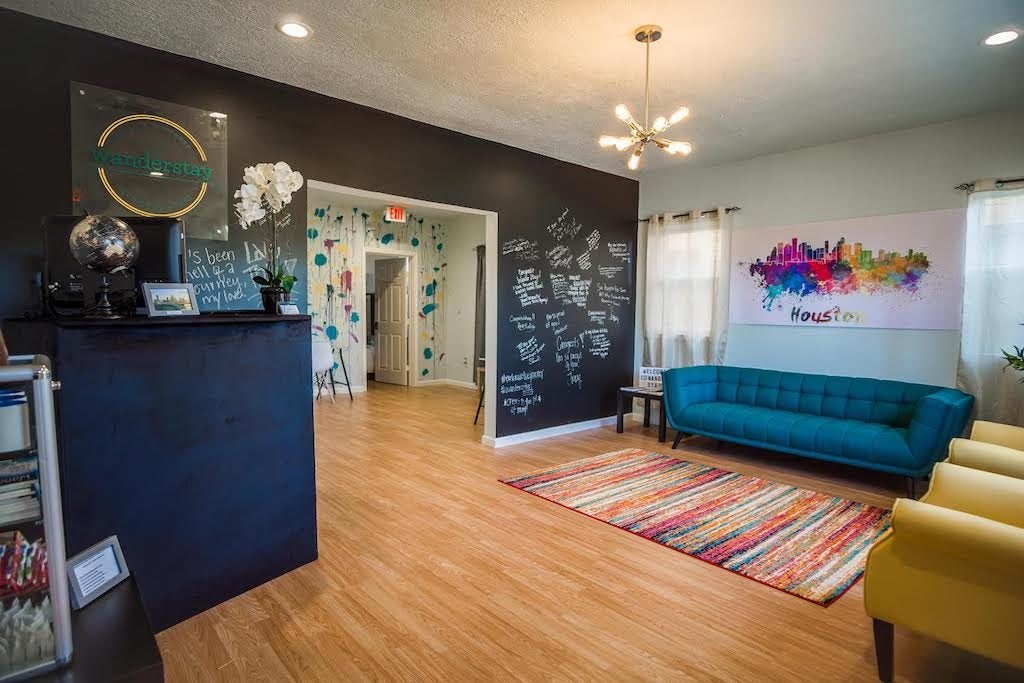 What were the most important factors for you when thinking about your vision in opening WanderStay Hotels? I definitely wanted to create a space that was in a area where it was super easy to connect to different places. We’re about a mile and a half away from the museums, we’re about a mile from downtown, we’re walking distance to bars and parks and we’re super bikeable. We’re also near two of the biggest universities. So it was important for me to choose a central location, as my number one factor. It was also important for me to buy my property as opposed to leasing. Now more than ever, more minorities need to own their businesses, as opposed to renting because landlords have too much control over our businesses — increasing rent, kicking us out, things like that. I said, if I buy this property, no one can control what I do. That took a little bit more time because I was looking for a place to purchase, instead of leasing but that was the best decision for me. And lastly, I wanted to create a place where a guest would feel comfortable. A place that wasn’t extremely big, but also not super small. This property sleeps 30 people. We have eight rooms. It’s small enough for you get that neighborhood hometown feeling, but also large enough so you have an opportunity to meet other people. What would you say has been the hardest part about opening up your own hostel? There were three really hard things.The first was access to capital. For me, I saved a lot of money. Most people don’t know that when you want to borrow a large sum of money you have to have something called equity injection. If you want to borrow $10,000, typically the bank wants to see that you have 15% of that. My loan was over half a million. Fortunately for me, I had money saved for that. But still, shooting my idea around to different people, they didn’t know what hostels were. So on top of me trying to get a business loan, I had to start educating people about what hostels were and why they were awesome. And the last challenge was finding a business that was purchasable. It was about finding a building that was in the great neighborhood, that was also able to fit within my budget. 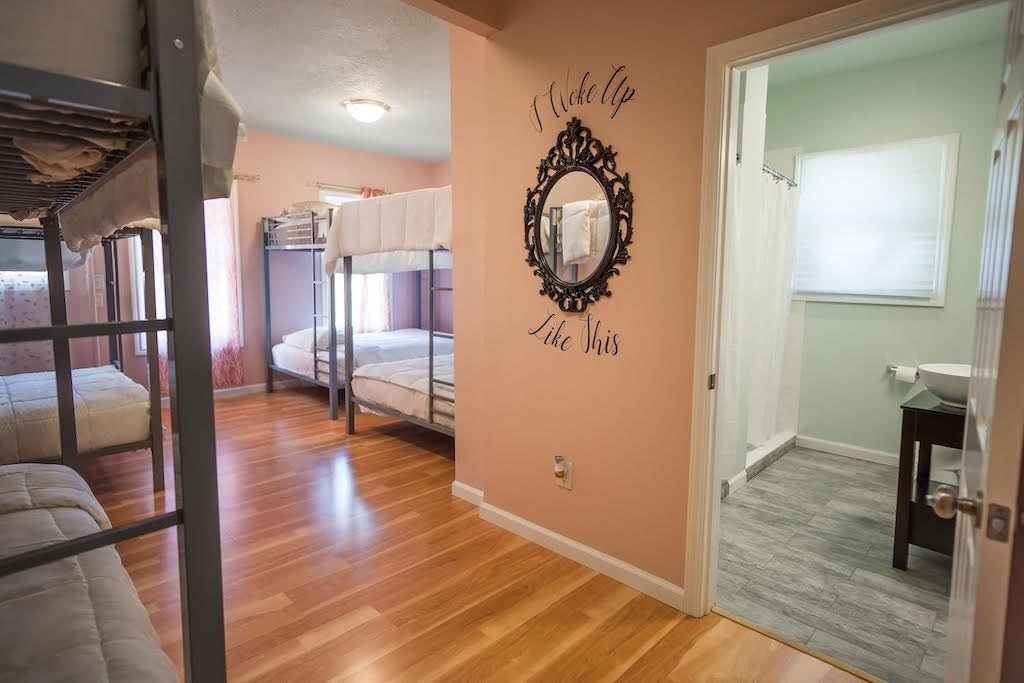 How do you make sure that your guests have the best experience possible? That comes with hiring staff who are passionate about what we do. What I tell my staff, is that our number one goal here is to make sure that guests are safe and have a good time. If those two things are constantly happening, then everything else I can kind of deal with. Making sure that people have great attitudes, that people have great customer service skills, and making sure that people are putting guests first. Hiring my staff has been the hardest but the most important process with me opening and running. I’m also very hands on in my business. I meet entrepreneurs who start businesses and then walk away from them. I never really understood that. You do all this work to get your business open, so I believe that during the first year of opening business you need to be there 6 days a week, for 10 hours days. You have to learn your business better than anyone else. Me being here a lot, I catch things and see little things where I can start implementing processes for employees to do. If I wasn’t here I wouldn’t notice those things and then in the long run, it might hurt my business. Last but not least, I’ve created a space that is super welcoming. We have bright colors and a bright atmosphere, and we arrange tours for our guests to get around the city. So when our guests walk in, the immediately feel at home. But they also feel like they don’t have to stay in the building all day — they can go on arranged tours, or to bars, to museums. Have you already started to think about adding more locations to your portfolio? Absolutely. This is our first concept. We have a plan to scale to 5 locations before 2026. We have some work to do. Our first two properties will be hostel concepts, but I feel like this is what is needed in Houston, and this is very innovative. Our plan is to open up locations with only private rooms that would be more catered to hotels. This is just a proof of concept. In six years there will be five more properties, and three of those five will be hotels. But they will all be on a smaller level. This will never be a Hilton or a Hyatt. We will never have 100-150 rooms. The whole purpose of my brand is intimate cozy.