This article originally appeared in the June issue of ESSENCE magazine

Solo travel can be more than just an encounter with new people and places; it could present a chance for self-reflection.

Entrepreneur Claire Soares experienced this firsthand when she visited Paris alone in 2011. As founder of Up in the Air Life, a luxury travel company, she says going on trips by yourself may forge a new worldview.

“I went to coffee shops and sat there hearing French around me, people-watching and taking a mental break from everything in my life to be in that moment. It was amazing,” she says.

An unfamiliar setting might also help heal pain and trauma, as Izmira Aitch, a legislative assistant who has visited 22 countries on her own, found out: “When you surround yourself with intrigue and new stimuli, your brain is constantly working. There’s not a lot of room for being down.”

When we take a vacation alone and traverse uncharted territory, we typically end up discovering something new about ourselves. These affordable destinations provide the perfect opportunity to detach from every day and reconnect with your life.

01
For the Starter Soloist: Fort Lauderdale

After revamping its image from a prime spring break location for college students to a cosmopolitan beach setting for discerning folks, the South Florida city has emerged as a more economical and appealing option to its well-known neighbor, Miami. “Fort Lauderdale has great beaches, beautiful water, inexpensive hotels and a lot of stuff to do,” says Soares, who rents a reasonably priced time-share apartment during her stays. Annual events like the Wilton Manors Stonewall Pride Parade & Festival make the city a popular spot for the LGBTQ community. Low-cost functions such as Destination Fridays at the African--American Research Library and Cultural Center honor the influence of communities of color. Stroll through the Swap Shop, a massive market and entertainment complex that has a drive-in movie theater and more than 2,000 vendors, so discount shopping addicts can get their fix. Try a free Saturday-morning surfing lesson, courtesy of Island Water Sports, in nearby Deerfield Beach; tour the Everglades; or set sail on a riverboat cruise to see the waterways that have earned the area its nickname, Venice of America. 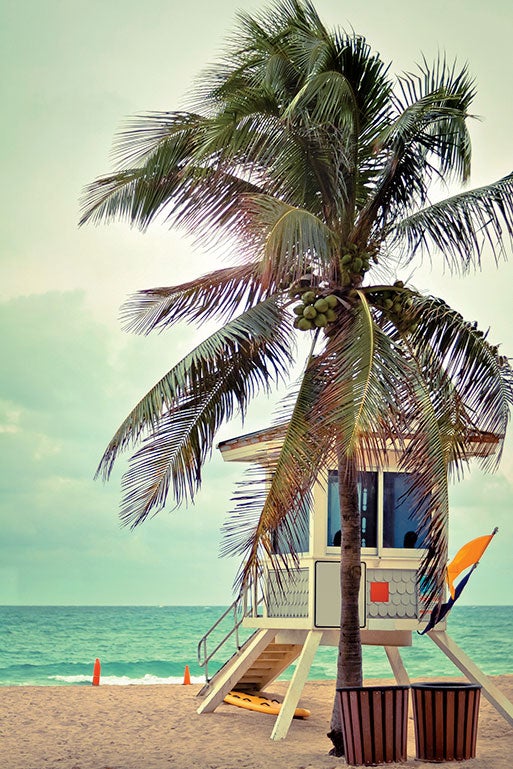 For the Starter Soloist: Fort Lauderdale

02
For The Starter Soloist: Fort Lauderdale 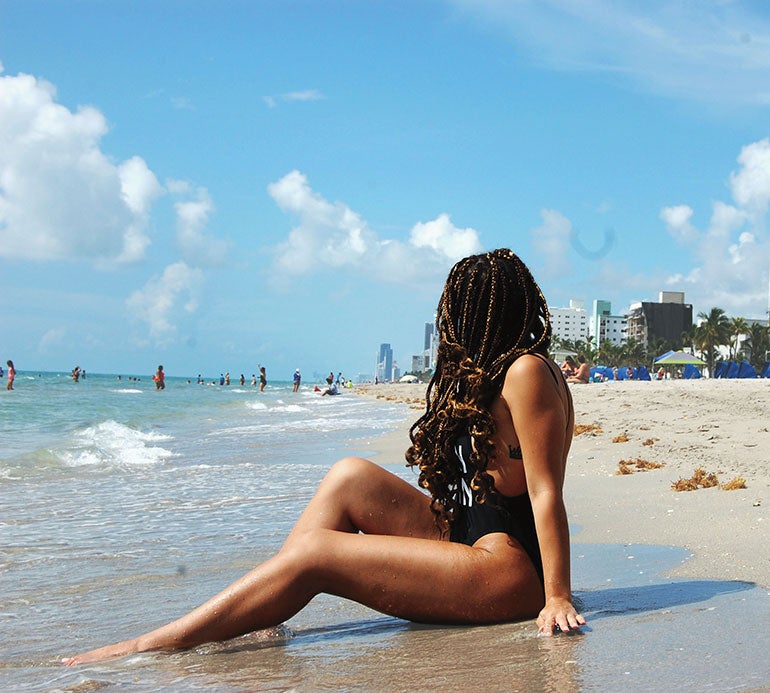 For The Starter Soloist: Fort Lauderdale

03
For the Nonplanner: New York City

Anyone who has reveled in the magic of the Big Apple—including the record 62.8 million tourists who went last year—can always find something to enjoy there. “It’s the best place I can think of for solo travelers because you don’t have to plan anything. All you’ve got to do is walk outside,” says Tomika Anderson, founder of Single Parents Who Travel, an online group of more than 3,000 members. Explore beyond Manhattan’s usual sites: Go window-shopping at the upscale retail stores in the Oculus, the transportation hub some call an architectural wonder; visit the Museum of the Moving Image in Queens, where admission is free on Fridays from 4 P.M. to 8 P.M.; or get tickets for the annual Afropunk Fest in Brooklyn (they start at $50). Head to Harlem and indulge in soul food fusion and good music at Red Rooster, co-owned by celebrity chef Marcus Samuelsson, Anderson suggests. Intimidated by New York’s tough reputation? “In any city, you have to protect yourself and look where you’re going,” she advises. “Keep your eyes open, trust that the people who are talking to themselves are crazy, move along and enjoy yourself. That’s it.” 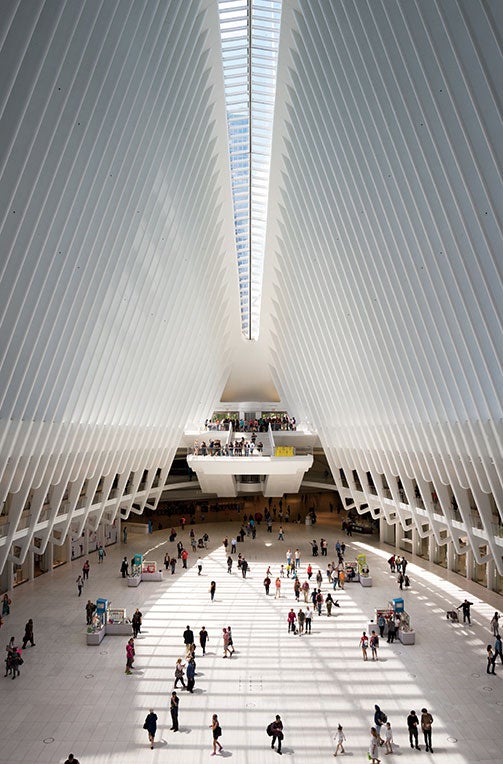 For the Nonplanner: New York City

04
For The Nonplanner: New York City 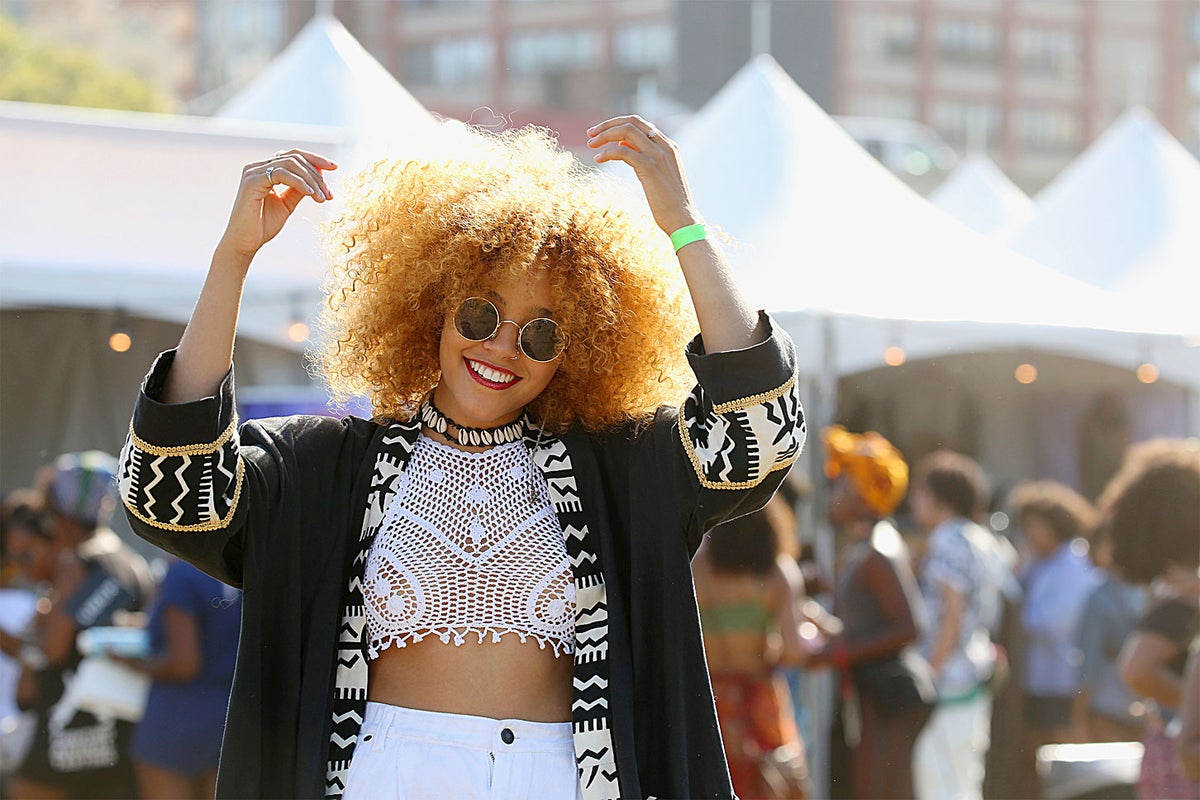 For The Nonplanner: New York City

05
For The First-Timer Abroad: London

Don’t be put off by the U.K. capital’s pricey rep. The city is walkable, and when it’s not, an $87 Travelcard for a week of getting around on buses and the subway—it’s called the underground or the tube there—makes sightseeing easy and cost-effective. “London is a lovely city to travel to alone, and it has a vibrant Afropean community, nightlife and art scene,” says Aitch. Stop by The Africa Centre and Black Cultural Archives, which houses large collections of information on Black Brits. Up your vacay’s wow factor with a $125 day trip to Windsor Castle, Bath, and Stonehenge, and take in the shopping at Portobello Road Market, where more than 1,000 vendors offering food, fashion and antiques line the street on weekends. And if you want some company, connect with a Black Londoner or an expat group like UK & USA Black Connections on Meetup.

Oladotun Idowu, Founder of Sisters in Media, enjoys high tea during a trip to London. 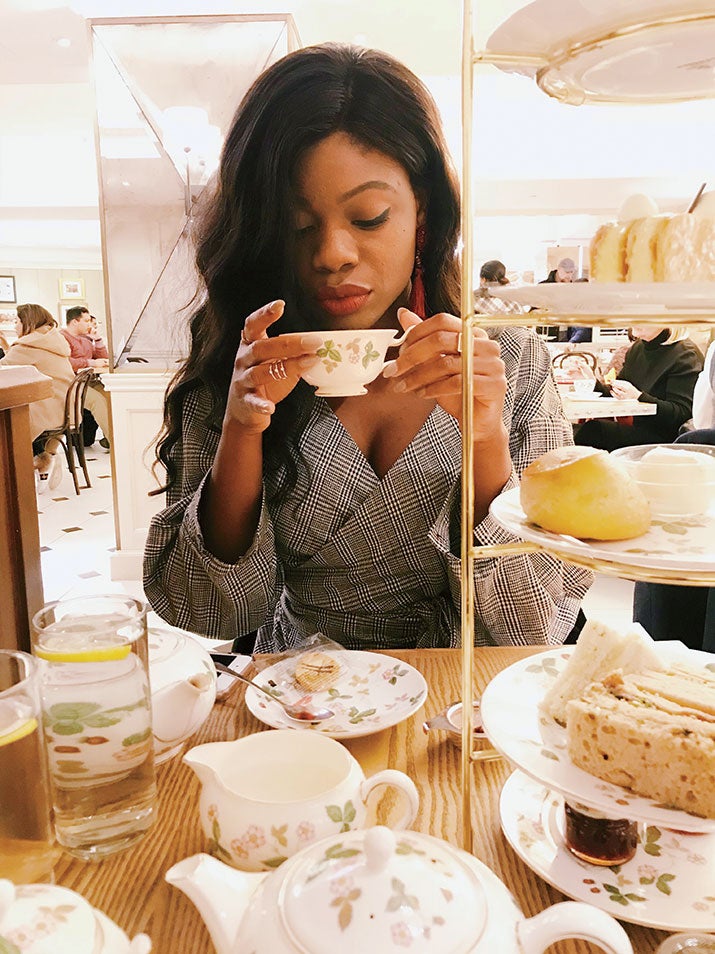 For The First-Timer Abroad: London

06
For the History Aficionado: Belfast

This Northern Ireland capital city is small enough to allow visitors to tour on foot as they absorb its past and delight in its present, from the Ulster Museum to the Titanic Belfast. Inexpensive meals at iconic taverns are a good excuse for pub-crawling. What makes it an especially great place for Black women to travel solo, according to Aitch, is the area’s unexpected but evident reverence for people of African descent. “When I announced that I was American, I had people kissing my hand and giving me the extra Irish pour on my alcohol. My taxi driver didn’t charge me and thanked me for our struggle. It was so moving,” particularly, she admits because she had braced herself to encounter stereotypical racism. The good vibes extend to Black Taxi Tours, which explores hundreds of political murals depicting global movements including those led by freedom fighters like Nelson Mandela. 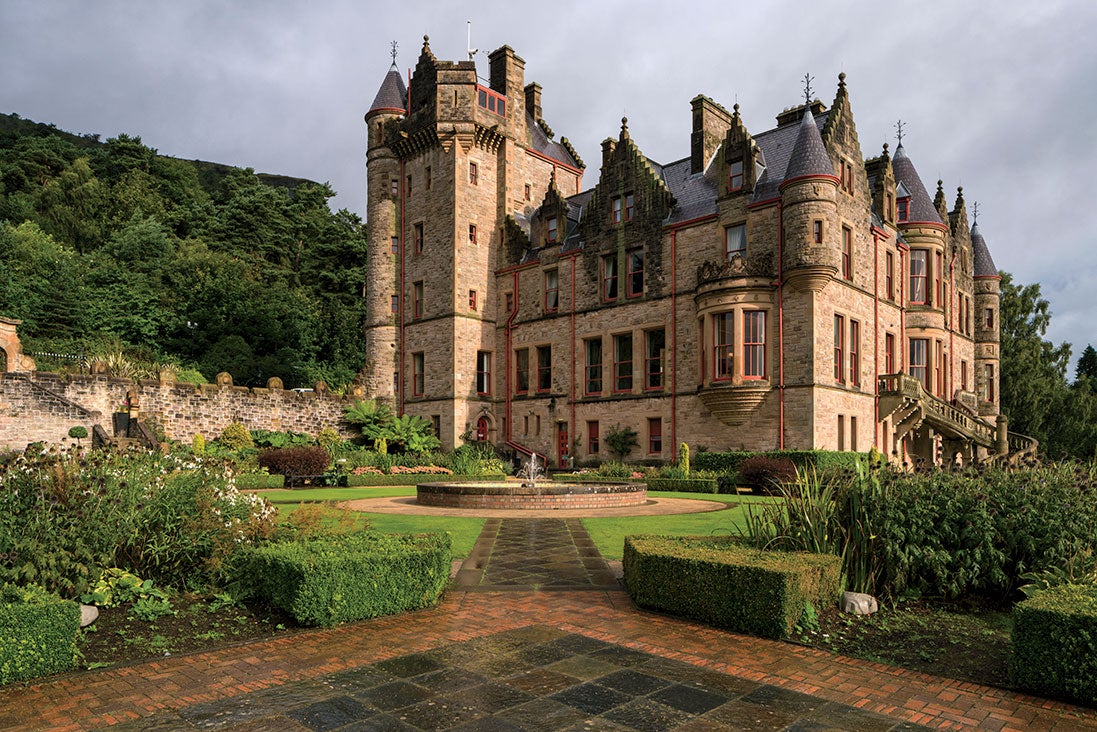 For the History Aficionado: Belfast

07
For the Beach Enthusiast: Phuket

Located in southwest Thailand, this haven is chock-full of enriching activities. Big Buddha, a world-famous attraction, is visible from most venues on the island, and Thalang Road is filled with authentic shopping, food, and architecture. Luxury retreats like The Westin Siray Bay Resort & Spa and Katathani Phuket Beach Resort might be high-end, but prices can start at less than $110 per night in mid-June on travel booking sites like TripAdvisor. If you crave the beach, Hat Bang Thao is a nearly five-mile stretch of flirtation between white sand and aquamarine water. The full-service restaurants and massage spots make traveling on your own peaceful without any feelings of isolation. The nightlife along Bangla Road is a buffet of live music, dancing, and parties, and in this friendly town you can go it alone or find a partner. “If you did a week in Phuket, you would have a pretty jam-packed itinerary,” says Soares, who lists the city as a solo travel favorite because of its accessibility and safety.

Amber Blackmon, Founder of the Travel Blog The Dreamer's Lens, embraces a sunny day in Phuket 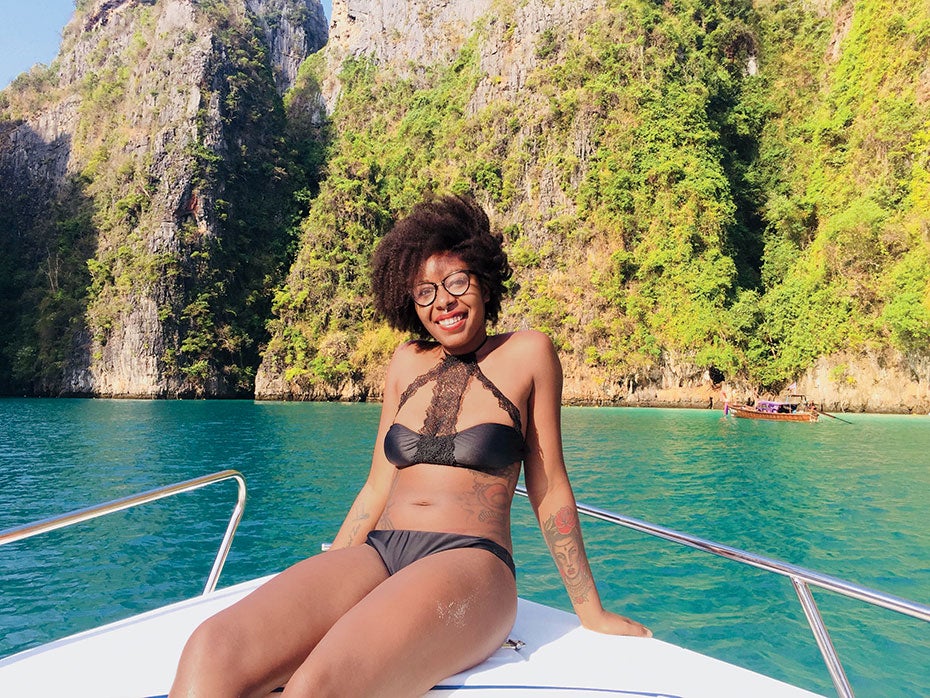 For the Beach Enthusiast: Phuket

The urban jewel of central Morocco is as much of an adventure as an out-of-towner wants it to be. This metropolis is home to bathhouses, called hammams, and luxury spas like the five-star La Mamounia. Visitors can relish quiet, even visceral, moments at the historic palaces around the city or on a day trip to Ouzoud Falls. For culture seekers, Jemma el-Fnaa, the outdoor epicenter of local shopping, is bustling with food markets, henna artists, even snake charmers. “It overloads the senses in the best possible way,” says Anderson. To save on airfare, she added Marrakech to her travel schedule in 2012 after visiting Spain. One downside for Anderson was occasional catcalling, but on the whole her trip was wonderful. Whether you’re there to relax or have some fun, taking a hot-air balloon ride at sunrise is a must, she says. “It’s incredible, even mystical,” Anderson continues. “You’ll feel like you’re on top of the world, and the best news is, the tour companies take care of almost everything. All you do is show up.”

Blogger Ivy Coco has a magical moment in Marrakech.