Black-Owned Restaurants In Toronto To Visit During Caribana - Essence

By clicking Sign Up, you agree to our Terms of Use and that you have read our Privacy Policy
Skip to content
By Adrienne Jordan · Updated October 23, 2020
Imagine 15,000 shimmering costumes worn by adult masqueraders displaying creative designs. Add day parties, a huge parade, and non-stop music: yes, you have arrived at Toronto’s 51-year old Caribbean festival. Since 1967, Caribana (now called the Peeks Toronto Caribbean Carnival), celebrates both living art and performance art. Take the original music – Soca, calypso, steel pan, Indo-chutney, Reggae, and Zouk music performed throughout the events – from the Grand Parade to the popular DayLit pool party. Of course, there needs to be a food break in there, so visit these three black-owned vendors to get your grub on during the festival: 1. King Catering Specializing in Caribbean cuisine with a North American twist, King Catering’s most popular dishes include Jerk Chicken, BBQ Chicken, Jerk Chicken Bites, Jerk Pork, Deep-Fried King Fish, Coleslaw, and Rice & Peas. Created by the mastermind, Deon King (he used the skills he learned as the Main Chef at Javaville with the theoretical knowledge he gained while studying in George Brown College’s Chef Program) to start King Catering. He has been serving the festivalgoers at Caribana for 5 years, and you can find his delicious food opposite the Judging Stage on the festival grounds. 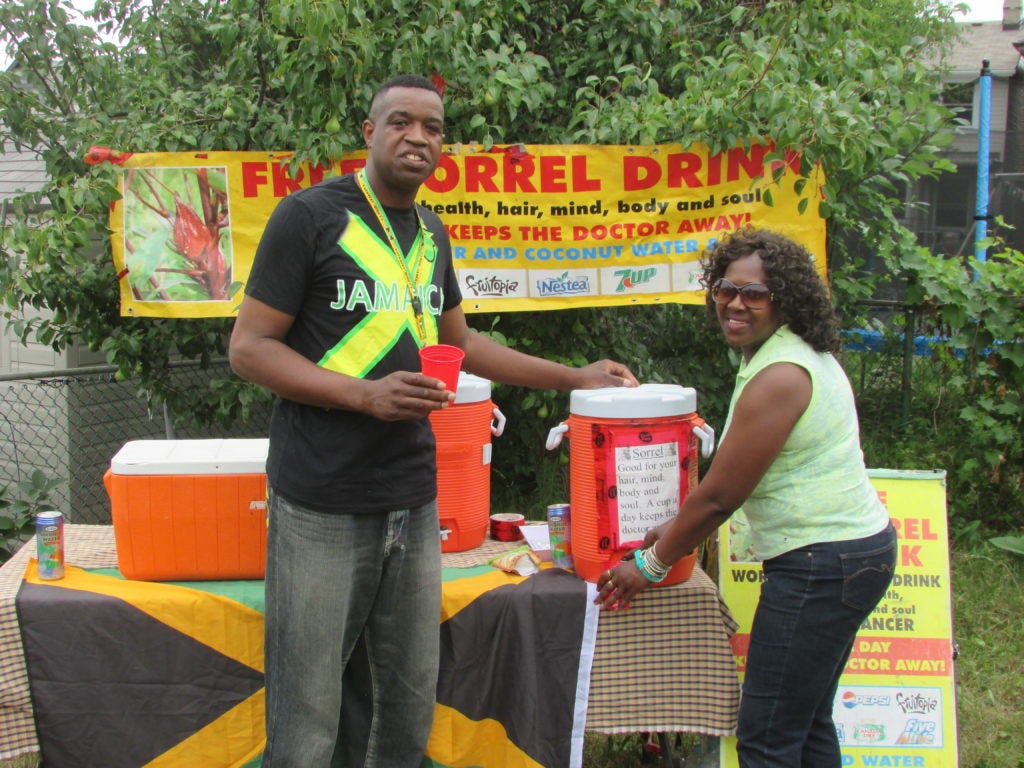 2. Sorrel Drink Quench your thirst from all of the rump-shaking with a traditional Caribbean beverage. When carnival season rolls around, Ricardo Keane and his wife Jacqueline -known as the “Sorrel Lady”- serve up their popular Sorrel Drink. The Sorrel is a special drink that is made in the Caribbean around Christmas time made from hibiscus flower. Mr. Keane tells his customers that “a cup of his wife’s Sorrel a day will keep the doctor away”. This year marks 25 years Mr. Keane and his family have been involved with Toronto Carnival and the Caribbean community. Pick up your cup of Sorrel, at King and Queen and Pan Alive at Lamport Stadium. 3. Nanalyn Jerk A longtime fixture at Caribana, Winsome Thompson is a purveyor in Caribbean Cuisine-Authentic and has been an award-winning mainstay for 30 years. Her first time serving food in public was at the festival, and she is delighted that her line continues to grow each year. Thompson’s husband surprised her with a brick and mortar restaurant located in the North York neighborhood of Toronto, called “Nanalyn Jerk”. If you have a chance to stop by her booth, try the Oxtails, Stewed Chicken, or Curry Goat.