“Mommy Talk” is series of interviews between ESSENCE’s own ChicBusyMom and everyday mothers doing extraordinary things. Meet Anoma Whittaker, a 37-year-old art director and stylist whose infant daughter had a brain tumor.

CHIC BUSY MOM: What do you do for a living?

CHIC BUSY MOM: How many children do you have?

ANOMA WHITTAKER: Two children: Etienne is 4 and Isa is a year and a half.

CHIC BUSY MOM: Your daughter, Issa recently had major surgery. Can you tell us a little about that?

ANOMA WHITTAKER: It’s hard to write “a little” as these past 13 months have involved more intense and important detailed information than my 37 years prior but I’ll try. Isa started to have seizures when she turned seven months old. Even though she was developmentally on target we could not get control of the seizures. At that time, she was diagnosed with infantile spasms. For six months we tried different meds and diets and were in and out of the hospital with tests and monitoring. At times, she would have over 50 a day.

As months passed, her epilepsy got more intense and when she turned 13 months, a cortical displayia tumor was located in the front left lobe of her brain. We had the option to continue trying different medicines or try surgery to see if they could remove it. We opted for surgery.

In April, Isa underwent a multiple-stage brain operation where they removed part of her skull and placed 47 electrodes and a probe in and on her brain. After monitoring Isa in ICU for 10 days, the surgeons removed the tumor and parts of her brain that had gotten used to the seizures. She spent another week in ICU, came home and has been seizure-free ever since.

Her hair is growing over the scar of 130 dissolvable stitches and the six bolts and 24 screws on her skull are invisible to us. To anyone who just meets her, you cannot tell she has been through such an ordeal.

CHIC BUSY MOM: How did you get through that as a mother and as a family?

WHITTAKER: I see myself as a safe zone and a love rock for the family. I knew the moment we were in the ER for the first time that I could not lose my mind or fall to pieces. Even then, without knowing how long and serious the journey ahead of us was. Isa’s eyes were on me, and for all the pain and suffering she went through, I had to show her love, strength and the power of positive energy.

As a unit, we surrounded ourselves with our good friends and family. I think we laughed out loud and danced very wild as often as we could. For sure there were moments of feeling overwhelmed though.

CHIC BUSY MOM: How did you explain what was happening to your other child? Were there coping mechanisms that you came up with that were helpful to him?

WHITTAKER: Etienne would see Isa having seizures and let us know. So he was fully aware that things weren’t right, but we explained what was happening and gave him attention when he needed it. Often during hospital periods, a number of his classmates’ parents and good friends were there for extra play dates with him. During the surgery period, his Grandma stayed at our house and he got to wear his Superman costume for a number of days.

CHIC BUSY MOM: Where did you draw your strength from to deal with the process? What was your support system?

WHITTAKER: My girlfriends got together and made a love quilt for Isa and surprised me with it the day before we went in the hospital for the operation. This quilt is just so beautiful and you can feel the strength and love from it. It never left her bed, so she was always surrounded by powerful positive intentions.

Fearing for your child does put a lot of stress on your marriage, and I think my husband and I worked well during this time and loved each other as much as possible. I very much needed to constantly be connected to my mother, my mother-in-law, sisters and my girlfriends. During this past year I’ve felt the necessity and importance of female support more than ever before. 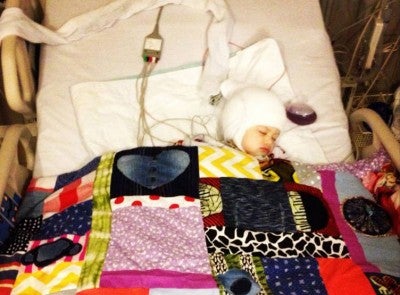 CHIC BUSY MOM: How did you manage the stress of it all?

WHITTAKER: Loud music in the kitchen, dancing silly with the kids. I think I dealt with the stress during the intense times by not focusing on it, instead I focused on the maintenance of health, happiness and calm. But once we reached the three-month post-surgery mark without seizures, and her doctors told us that she is fully recovering, this was when I needed some time to let the fear, adrenaline and anxiety out. I couldn’t control my tears at the most random places. So my husband Damian and I had two weeks without the children and we gave each other the time and sensitivity we needed to refuel. Hands-free time is what I call it.

CHIC BUSY MOM: How have your lives changed since the surgery?

ANOMA WHITTAKER: We are thankful beyond words. I know I have changed but I’m not sure how yet, it’s still very close and somewhat surreal.

CHIC BUSY MOM: Give us two mommy secrets/tips you can share for a mother in similar situation and in general.

ANOMA WHITTAKER: For me, this worked:

1. When I had a chance, I would go out and hear live music and dance (or cry) freely among friends.

2. I would walk away from annoyances, sometimes they were laundry and dishes.

3. At the hospital I never forget a bottle of good wine and paper cups.

CHIC BUSY MOM: How is the Isa doing? How have you guys been getting back to a sense of normalcy?

ANOMA WHITTAKER: Isa is doing wonderfully. She’s speaking and learning to scooter. Watching her and Etienne’s sibling love is just beautiful. She is fearless in every way. Hopefully in the next 6 months she will be off all the meds and then we will see truly who this wild child really is. 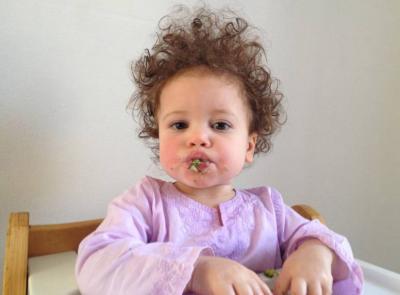 CHIC BUSY MOM: What is your guilty pleasure?

ANOMA WHITTAKER: Hendrix gin, tonic, sparkling water with cucumber.but I’m not that guilty about it to be honest, and it should go without saying but I’m going to say it anyway – only when the kids are sleeping and just one or two max.

CHIC BUSY MOM:  What is the mark you want to leave on the world?

ANOMA WHITTAKER: I’m always hoping I don’t leave too much of a mark. Maybe I should rethink this and work on this answer for myself.