In 2014 Ericka Hart was walking into a New York City store when her phone rang. She hesitantly answered the call, which was from her friend—a breast cancer surgeon. A week earlier Hart had gone in for an ultrasound and a mammogram because of a lump she had found during a self-exam in the shower.

Hoping the lump was benign, Hart prayed before answering. When she heard the diagnosis—”triple negative” in her left breast and HER2-positive in her right—her eyes filled with tears. It was the worst case of déjà vu: At 13 she lost her mother to breast cancer. And at 28 Hart now faced the same foe. “My mother had no interest in dying, and she lived that way,” she says. “Her passing was the hardest experience of my life. Now that I, too, live with breast cancer, I push against a narrow-minded, morbid narrative just as she unknowingly taught me to do.”

The news actually came as a relief to Hart, who had been performing self-exams ever since she was 13. No longer anticipating the what-ifs, she sprang into action. In July 2014 she underwent a double mastectomy. Then a couple of months later, she began chemotherapy treatment, which lasted about a year.

The process of surgery, chemotherapy and radiation can severely alter a person’s body. The side effects can be physically and psychologically devastating. In addition to hair loss, survivors can contend with mouth sores, aches, scarring, nausea, darkening of nails, menopausal symptoms and blood clots. Some issues can even be lifelong, such as lymphedema (which is swelling in the limbs). Hart suffers from the condition. “Whenever I travel, I have to wear compression sleeves or be mindful of swelling,” she says. Other symptoms include fatigue and hot flashes.

Dealing with the side effects of treatment can also serve as a constant reminder of the disease. For those who may need assistance managing their challenges, there are multiple sources of support available, including group therapy meet-ups, online safe spaces and survivor mentoring. Check out cancer.org or cancercare.org for resources.

One thing that surprised Hart, however, was the impact the illness had on her sexual desire. “I was on the highest dosage of chemo,” says the Columbia University lecturer who teaches a class on gender. “It takes a toll and I felt fatigued a lot. It took away my libido, and that was something no one had talked to me about.”

Disappointed in the lack of information she had received from her oncologist about sex after cancer, she worked to reignite her interest on her own. “It’s a new body to explore. You have to be gentle,” she says. Consulting a health care professional or talking with your partner can also help. 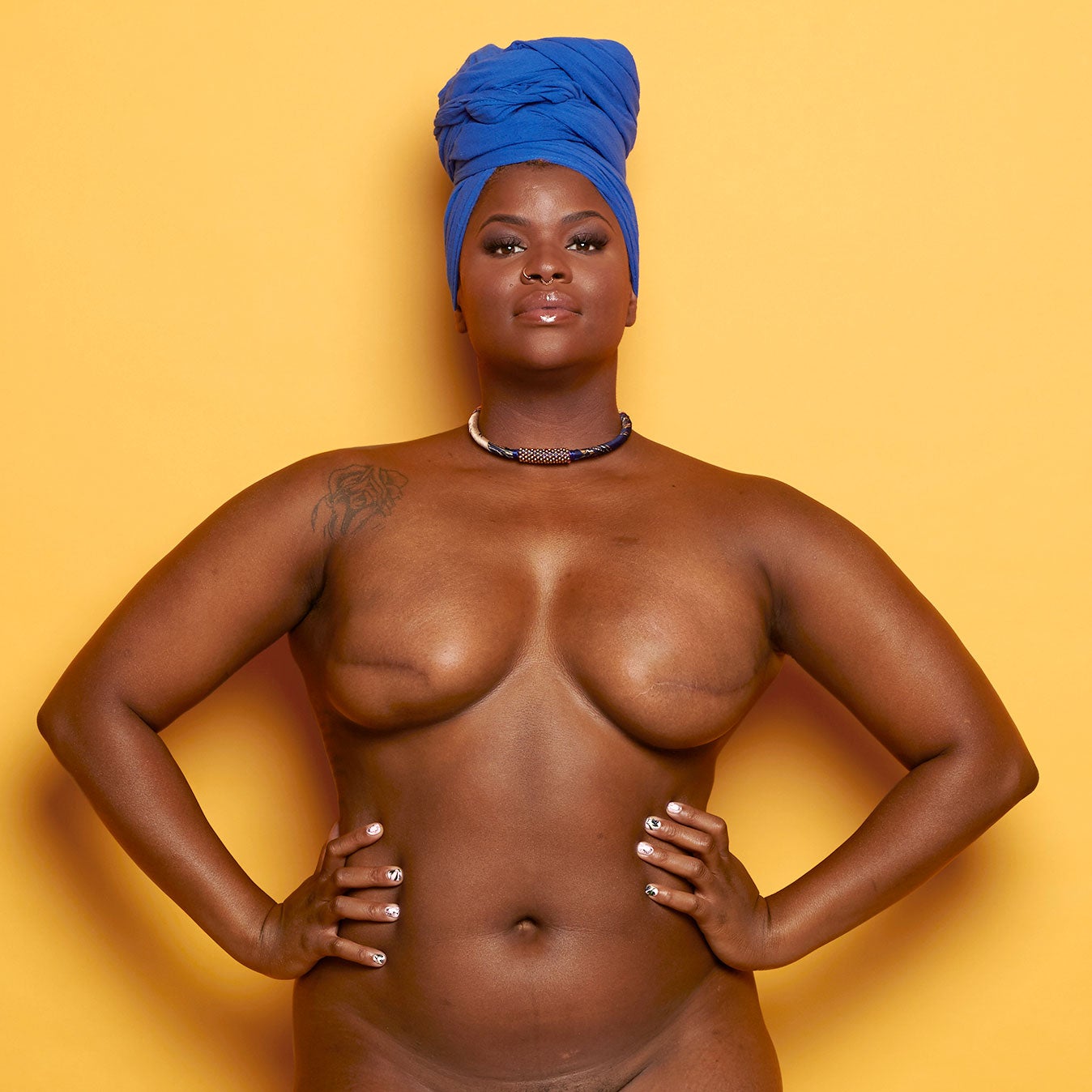 Through it all, loving your physique requires grace, gratitude and time. After her surgery, Hart greeted her body with acceptance. “Often people who have a mastectomy or nipplectomy will experience some body shame,” she says. “When my bandages came off, I was happy. I said, ‘Oh, I have scars as nipples now.'” But it was at 2016’s Afropunk Fest in Brooklyn that she had her postcancer defining moment. After seeing a shirtless man, she boldly decided to reveal her breasts publicly for the first time. Once her top came off, Hart received praise from many festivalgoers: “Being topless felt familiar. Growing up in predominantly White spaces, I am used to being the “only one” or people deeming how I look to be different.” At first glance some observers didn’t link Hart’s scars to cancer, so they began asking questions. “I’m calling it ‘topless activism,'” she says. “In the moment it was to reclaim my body, but I also fell in love with my postcancer self.”

MORE THAN A RIBBON

Since then Hart, who’s now cancer-free, has continued to share her experiences and body with the world to bring awareness about this disease. Before the operation, for example, she and her plastic surgeon struggled to find pictures of Black women who had had the procedure. These days Hart has posted plenty of photographs of herself on Instagram (@ihartericka) and her Web site (ihartericka.com) so Black women who are confronting the disease can see what they might look like. She’s become a beacon of hope—an honor she didn’t expect. “I like that there is a face to it,” she notes. “I want Black women or Black trans women to know that this could happen to them and that they should check their breasts.”

The conversation about cancer can be heavy. For Hart, defying death has been a stress reliever. “People say to me, ‘Ericka, you aren’t stressed out about x, y and z.’ I’m like, I beat breast cancer. What is there to be stressed about?” she says. Hart found her own path back to good health. “I’m here,” she says. “I overcame another obstacle. I’m a badass. This is my story.”

This article originally appeared in the October 2017 issue of ESSENCE.