For more than two decades Yvette Noel-Schure has been a not-so-secret weapon of many iconic stars including Beyoncé, Mariah Carey and Prince.

The media trailblazer grew up in Grenada where her grandfather jumpstarted her entrepreneurial spirit before she moved to New York City. After serving as a Black Beat magazine editor, Noel-Schure was hired as a publicist at Columbia Records where a young group named Destiny’s Child became her clients. She has represented Beyoncé ever since and expanded to run her own agency, Schure Media Group, along with her husband, David. In 2016 she experienced life’s highs and lows, losing her mother and beloved client Prince weeks apart. She was also celebrated at Billboard’s Women in Music.

At ESSENCE Festival this past summer, Noel-Schure joined Beyoncé’s nonprofit BeyGOOD team on stage to announce the launch of BEYGOOD4BURUNDI, a partnership with UNICEF to provide safe water for the country. As Noel-Schure kicked off her recent birthday by helping build wells to provide safe water for thousands in the East African nation, we got her seven life lessons that will help you discover your own success story.

I feel like I’ve won the lotto a couple of times. I won the lotto with my family, when I met my husband and every single time I gave birth. I won the lotto when four girls from Houston, Texas walked into Columbia Records and became my clients and my career for life. I got Destiny’s Child at the beginning of their career and now able to do it with Chloe X Halle. I don’t take any of that for granted. I just go ahead every day being myself and working hard. I was the Catholic girl that was teased and called all kinds of names when I came to America because my accent was thick. Dream big and find people who dream even bigger than you. 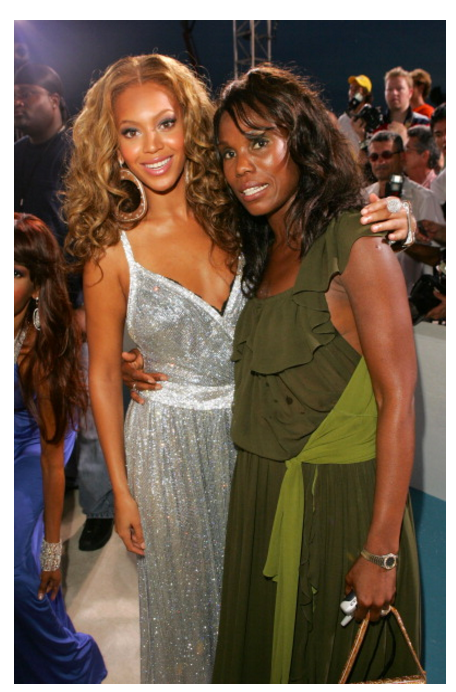 Beyoncé is so special and we are excited for BEYGOOD4BURUNDI. We just came back from seeing the building of the first well and they were able to pump clean, safe water for the first time. Ivy McGregor, the director BeyGOOD and I were just screaming for joy. 25,000 people in one village will now have clean water. There will be similar stories with each completion. These are people that look just like us. Water is life and the biggest gift that you can give somebody. We’d only come once before. The people don’t have a lot yet welcomed us back with a dance, gifts and so much love. We met Floride. She is the elected leader of the community, which is still a big deal in a male-dominated society. There was FLORIDE, this little woman in this little village, in her beautiful long yellow dress pumping the well for the first time and providing clean water. It was symbolic. What an amazing thing to do during my birthday week. The goal is 35 wells. By the time we’re finished more than 350,000 people in the once poor areas would be able to have water in the next year. This is God’s work. 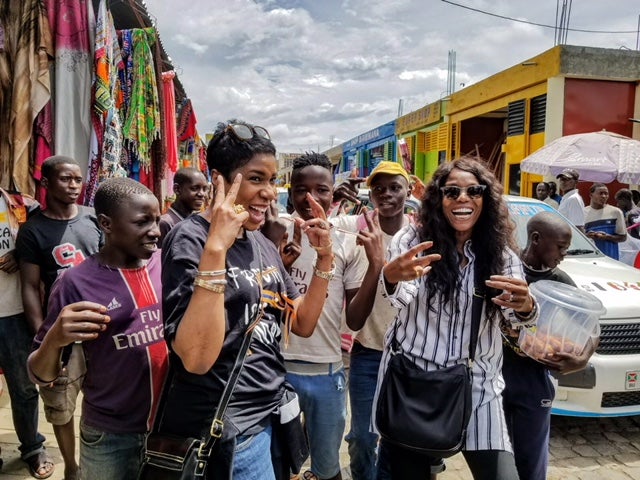 My mother was the first-born in a great family. The kind that goes to church together, work their farm together and love big. My mother had a little secret: she was sick since she was 19. In the Caribbean back then, nobody understood what that was and when they did, they made fun of it. She was later diagnosed as bi-polar and with a chemical imbalance. She had no control over that. So very young, I said “I’m going to take care of my mother.” I was 20 years old when my grandmother passed and I immediately took over being my mother’s mother. I came to America when I was still a teen and my mother had a number of breakdowns. I just stepped into that role. 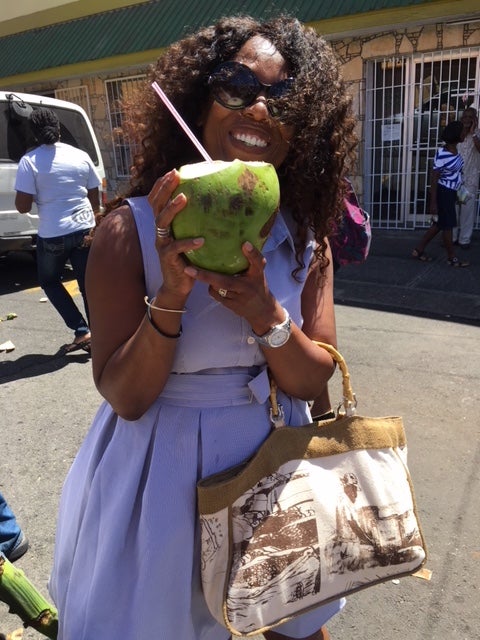 My father was a traveling police officer and gone a lot so my grandparents helped raise me and my brothers and sisters. My grandfather owned the town supermarket. He dropped me in the business early and sent me to the big market to go shopping for his store. Every time I got there, I handed over a paper bag from my grandfather. It was thousands of dollars for our store’s groceries. That was a power he gave to me. I was shopping for everybody in my town. I was eight. I understood very early about responsibility. He had me take all the Coca Cola tops that the customers threw in the garbage and wash them. He and my aunt would sit with me and put all the Coca Cola bottle tops on the counter. That was my first calculator and taught me how to count because we didn’t have a cash register. My grandfather was the first feminist I knew and was deliberate in his teachings.

I love very deeply. And when you lose people, it’s profound. My family had a double-murder; my grandniece and grandnephew were murdered by their mother. My oldest and youngest brothers died from accidents. My father had a stroke when he was barely 50 and suffered for the next 28 years. He lost every capacity and saw all of my children from a hospital bed. Lost has given me such strength to know that love still rules.  I said this at my mother’s funeral, “Death only kills the body; it doesn’t end the relationship.” People who love me have prepared me for their ascent. You have to wrap your mind around loving them in different forms and that’s my mother. Ten months after she passed, my aunt passed. I was there as she was leaving this Earth. It was the most beautiful transition I’ve ever seen and I really felt like my mother was in that room, telling me to “be there for her.”

6. Give Yourself A Break

I was on the biggest tour in the world last year: Beyonce’s Formation World Tour when my mother died last May. I took a couple of days of and went back on the road. We ended up in Chicago and that’s when it started to hit me hard. I was going through the motions. We’re looking through photos and I started having a breakdown saying “I want my mommy.” I had to make a decision to walk away and take care of myself. When I lost my mother, I lost my oldest child and my mother at the same time, and that goes deep. I’m grateful I’ve worked for the person that I do who understood that if I didn’t stop and go some place where I could just hear my heartbeat then I would never hear a heartbeat again. Not only was I coping with my mother’s death but also with Prince’s death. Prince is an amazing client and an amazing person in my life. I probably didn’t understand what he meant to me until he actually passed. He really believed in me. Those losses were three weeks apart. I went away to a cabin. I was able to just shut up and listened to my mother’s voice. For about four days I didn’t talk. I went swimming, read books, sat by a fire, took long showers and walked. Towards the end, I finally got the nerve to hike. I went in the woods and walked through sage bushes. It didn’t cure my grief but opened up a path to start healing. There are moments I still fall apart. I’m okay knowing that my mother is the prettiest angel in heaven.

7. Create Your Own Happy Ending 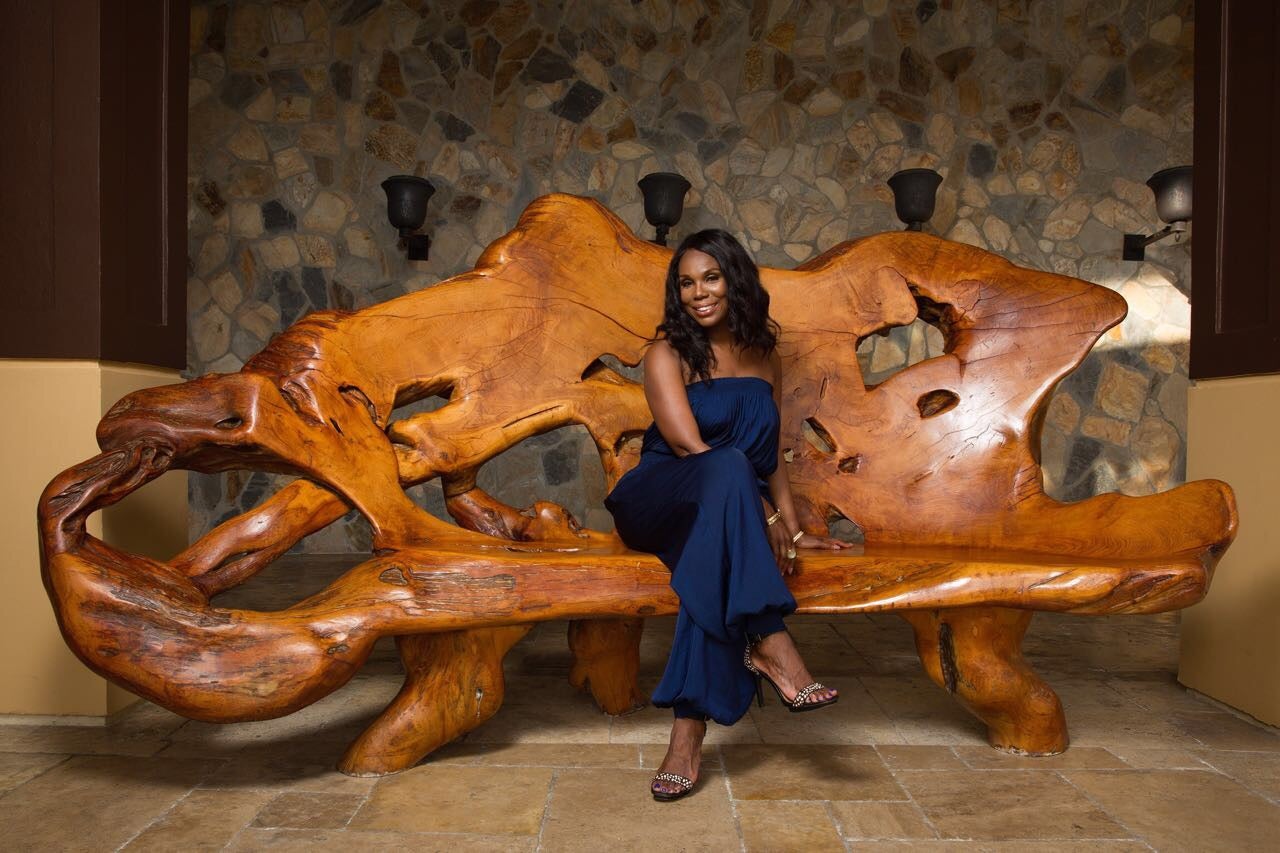 I decided very early that I wanted a man in my life who did not believe in gender roles. I wanted to find a man that, if he was home first and there were dishes in the sink, he wouldn’t mind doing that. If the children needed to be brought to their ballet class and I was running late, I wanted a man that was ready to put on THEIR tutu and get on THEM ON that stage. Pray for what you want. I got the husband who has always just been “Let’s do what needs to be done.” There are no roles in our house, like “The man does this and the woman does this.” We’ve always acted as a couple and a unit. I could travel the world because I know that man is taking care of what needs to be taken care of for our family. After 911, we decided that one of us needed to work from home. I was with Sony, and pretty solid there so he transitioned from his management job to work from home. I was able to travel the world with Destiny’s Child while we raised three kids. I might be in Tokyo and the kids asked me to help with an essay for homework. All the girls from Destiny’s Child will tell you when we were done working or wrapped a photo shoot, I would say the same thing to them: “I’m going home to my babies.” Now that a good few of them are moms, I know that they understand what that means. You can get another career. You can get another job. You cannot get back those times lost with your children. And I knew that.

To learn more about BEYGOOD4BURUNDI and help provide safe water to the community, click here.

Rep. Hakeem Jeffries To Clarence Thomas: “Why Are You Such...