Fans of #PattiPies may want to hold on to their seats.

We have news that will be a game changer for all your holiday dinners this season: Patti LaBelle is expanding her line to include five delicious new desserts—three different cobblers a sweet potato loaf and an apple pecan cake. 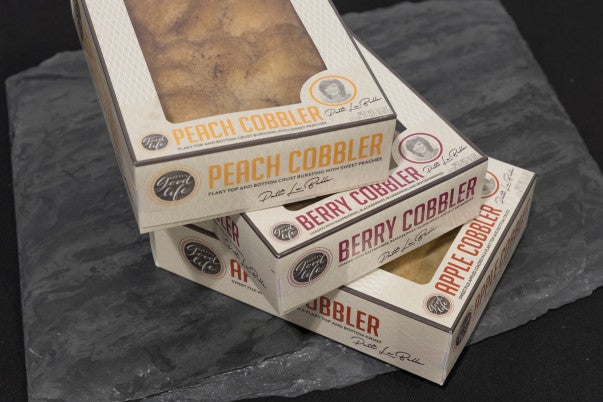 Wright broke into song, channeling LaBelle herself, and the world fell in love with both Wright and Patti’s Pies. Wal-Mart could barely keep them on the shelves for the rest of the holiday season, and beyond.

Today Team ESSENCE received a special delivery of LaBelle’s new cobblers—berry, peach and apple—and the verdicts in: we love them.

They’re baked with two crusts – one on top and one on the bottom – and they’re amazing.