By Kimberly Wilson · Updated October 23, 2020
It’s not easy to start a restaurant business. Even more challenging, is sustaining a restaurant business in a community that is constantly overturned with development as gentrification continues to sweep in. Have you seen the new Whole Foods on Harlem’s iconic 125th Street? But for real estate entrepreneur, turned restaurant owner, Alyah Horsford-Sidberry, she’s done them both and even then some. Her restaurant, Cove Lounge, which opened six years ago, has remained a staple for dining and nightlife in Harlem, as its menu, crowd and ambiance provide the perfect destination for both locals and tourists. Cove Lounge is located at 325 Malcolm X Boulevard (between 126 – 127th Street), and shows no signs of slowing down anytime soon. It doesn’t hurt either that the restaurant is located a stone’s throw away from Corner Social and practically across the street from another Harlem staple, Sylvia’s. But how does one maintain this success? First, it’s embedded in the fabric of her family. For Horsford-Sidberry, this was apart of her destiny, and well as her legacy. Her grandfather, Victor Horsford, was also Harlem businessperson, so it only makes sense that she was destined to become a Harlem mogul, in her own right. Before Cove, Horsford-Sidberry continued into the family business and spent years in the real estate business which helped prepare her for where she is today — creating a dining destination that is at the epicenter of black culture and commerce. Get to know Alyah Horsford-Sidberry and discover more about the best kept secret in Harlem — Cove Lounge. What sparked you to open your restaurant after years in the real estate industry? First, I was raised in a Harlem real estate family. I grew up working in the business — it was right there on 122nd and Lenox, so I grew up in the neighborhood. My grandmother had 13 buildings that he owned and managed in Harlem. It was predestined for me to do. My brother and I started our own real estate company in 1995 and I did that for several years. I also spent some time studying as an actress. Being in real estate for all of those years, I wasn’t tapping into the creative side of me. So when one of my commercial tenants moved out, that’s when I decided to try a lounge. At that point there was only one nice lounge in Harlem [Mocha]. I always wanted a lounge, and I figured this would give me the opportunity to explore my creative side, while still doing real estate. 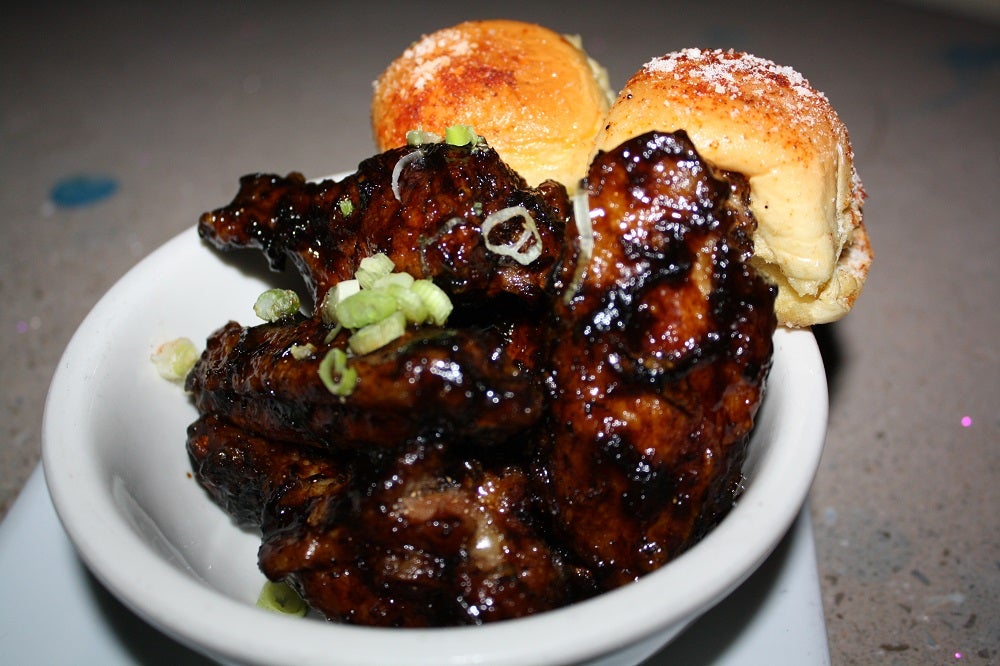 What did the transition from real estate entrepreneur to restaurant owner look like for you? Because I owned the building, I had the opportunity to take my time to build it out and use my funds. It was a big thing for me to own my own space, and do this by myself. Not necessarily the wisest thing to do — but it’s what I wanted to do back then. About three weeks before I was going to open, I was having difficulties with the city, and getting permits, which is normal, I got a call from Bobby Flay’s show and they wanted to interview me, because they were looking for someone in Harlem who was opening a restaurant and had zero experience in it. Everything started moving like lightning. I got all my permits pushed through because they knew it was for a TV series and things started flying. Before you know it, I was opening. And then we had a show. You’ve seen the evolution of Harlem over the past several decades. How important is it for you to preserve the culture that Harlem is known for? I’m in my community, I’m servicing people from my community that look like me and those are big things for me. Especially as Harlem is ever changing, I want to make sure that there is something that we can identify to. My grandparents are Caribbean, and my grandfather was a Marcus Garvey-ite. I grew up all about black power. He actually moved his family to Africa, that’s how intense it was. So being here, I want to make sure that my black culture is represented even as we change. I think change is great, as long as it doesn’t change the whole fabric of our community. It was something that was drilled in my head as a child, and I’m really passionate about it. 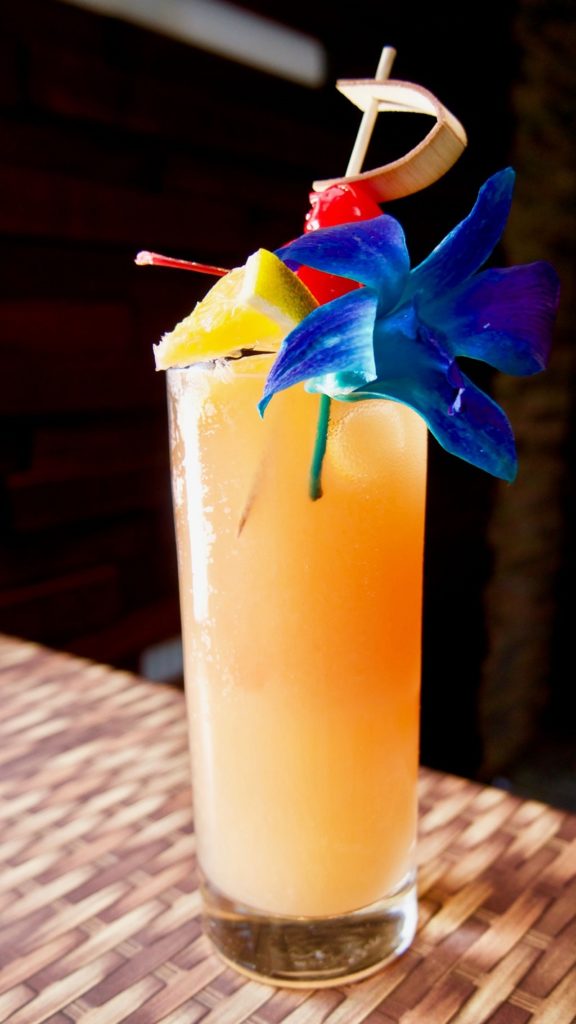 Your grandfather taught you early on about the importance of ownership, and building a legacy. How did this equip you for success? If you don’t own the building or leave something that the next generation can build on then they’re starting at ground zero, so they’re never an equal playing field. When my brother and I started started our real estate building, we started with 3 buildings we owned ourselves. That allowed us to then go out and tell people that we managed properties. Versus asking people whether or not we could manage. That helped us propel forward. That was always my grandfather’s intention. He was so serious about it. He didn’t even believe in debt at any time. Though, we do know now that to scale, you have to take on debt, but he wanted very minimal. He comes from a very old school mentally — everything he had, he wanted to own and have it paid off. When he passed, he left these buildings with no mortgage, which is incredible. You’re starting at a different level to keep propelling up versus starting from ground zero. When I think about Cove, I would have never been able to do it, if I was renting the space. When you have these other resources, you’re able to scale and quite frankly, you’re able to stay in the game. 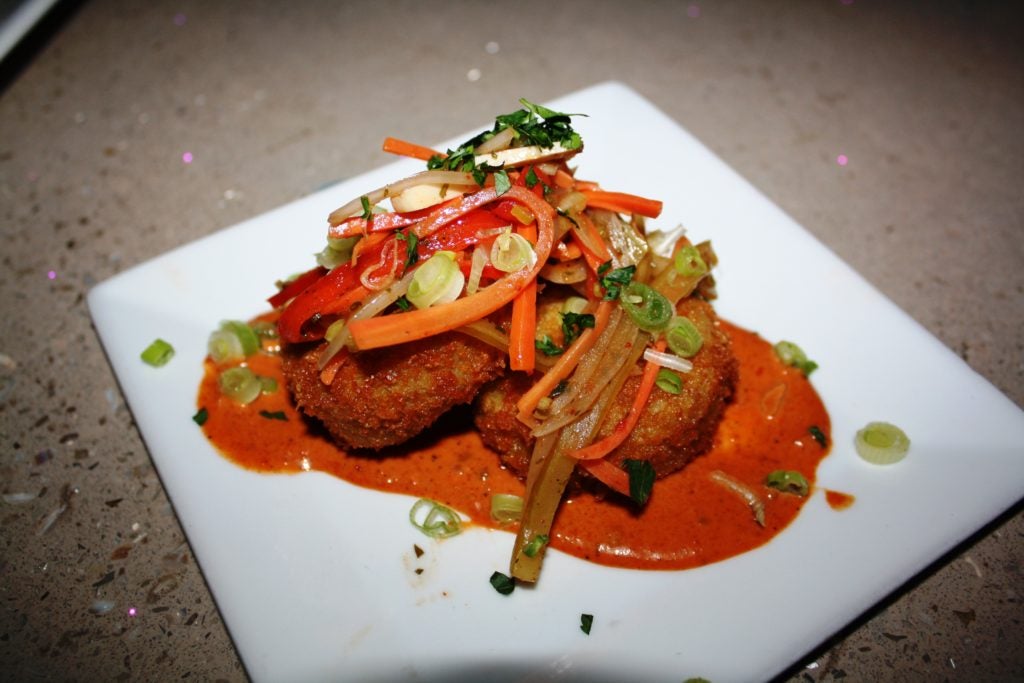