By Dana Givens · Updated October 23, 2020
In recent years, there’s been a growing trend of people pursuing healthier meal options — specifically vegan and vegetarian. In fact, according to a recent study, one in four people over the age of 17 years old are vegetarians, with over one million in America practicing and adhering to a strict vegan diet plan (perhaps we can thank Beyoncé for that?). With documentaries like ‘What The Health’ causing more and more people to have conservations about the way they eat, it has especially been a long journey for African Americans, a group that has seemingly been hesitant to embrace veganism based on numerous factors such as cost, cultural mindsets and skepticism on taste. With more and more access to information about its health benefits and a variety of options to purchase healthy (but good) food, African Americans are not only interested in veganism, they are learning how to take classic dishes from their childhood and recreate it with fresh, alternative ingredients. In this profile, we spoke with five black women who are shaking things up in the food world by leading the charge to create healthier alternatives to the soulful meals we love. These chefs prove that you don’t have to give up the food you love — you need to rethink how you make them. Jenne Claiborne – YouTuber and Author of the Sweet Potato Soul Cookbook The hardest part about going on a plant-based diet is essentially relearning how to make meals you actually enjoy. For Atlanta-born chef, Jenne Claiborne, it was all about veganizing soul food classics so she wouldn’t have to give up on the food she grew up on. She started her YouTube channel and blog, Sweet Potato Soul, in 2010 with her husband and went on a full vegan diet by 2011. “I became vegan because I think it’s wrong to exploit animals for their meat and reproductive processes,” she says on her page. “Even though I didn’t give up animal products for my health or happiness, both have greatly improved.” For Jenne, it’s become a complete lifestyle change that has improved her health. A hundred thousand followers on Instagram later, Jenne’s online recipes and tips led to the debut of her cookbook this year, The Sweet Potato Soul Cookbook, a collection of home-made vegan recipes that helps readers keep the taste they love with healthier options. “All of our food has always been traditionally plant based,” Jenne says. “It’s always been local and homemade. [Soul food] is food that is truly nourishing to all parts of you, not just the soul.” 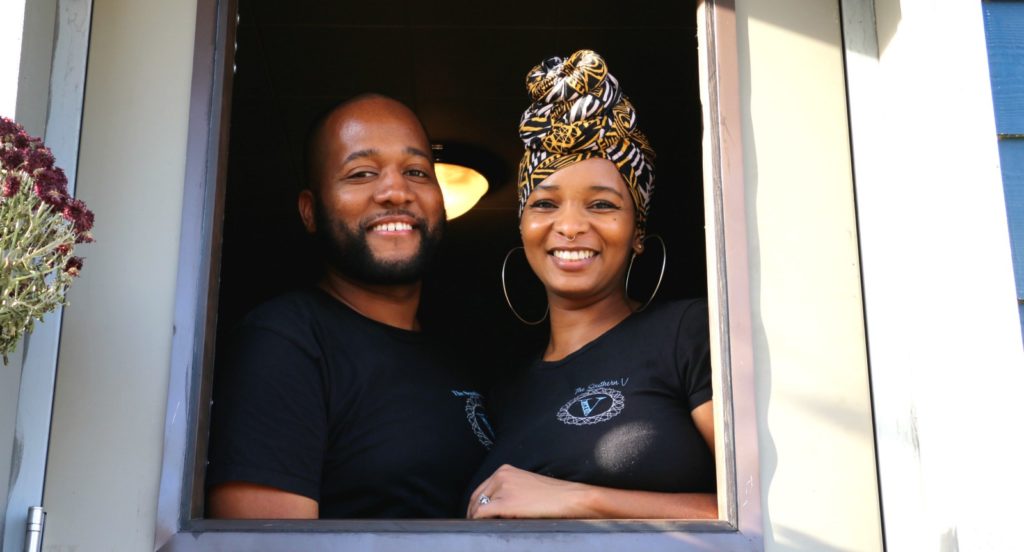 Chef Tiffany Hancock – Owner and Executive Chef at The Southern V For husband and wife owners Tiffany and Clifton Hancock, going vegan was a change that happened overnight once they had their first child. “[My daughter] had some food intolerances as an infant…I went vegan overnight to alleviate her issues and during that time I missed all of my favorite foods,” shares Tiffany Hancock. Her determination to not give up the Southern-style foods she loved led her to open The Southern V along with her husband in Nashville in 2015. As a self-taught chef who uses her imagination and creativity to prepare all her dishes, her secret is simple: her authenticity. For Tiffany, she was determined to keep flavor and soul in all her favorite meals, and the Southern V’s menu reflects just that, with creations like loaded jackfruit nachos and chick’ biscuit with mushroom gravy. “I would describe vegan/plant-based soul food as a familiar friend. My husband and I often tell non-believers that you’d never put meat on a grill without seasoning it. Our goal is to create an appealing dish that is both familiar visually and familiar in taste!” 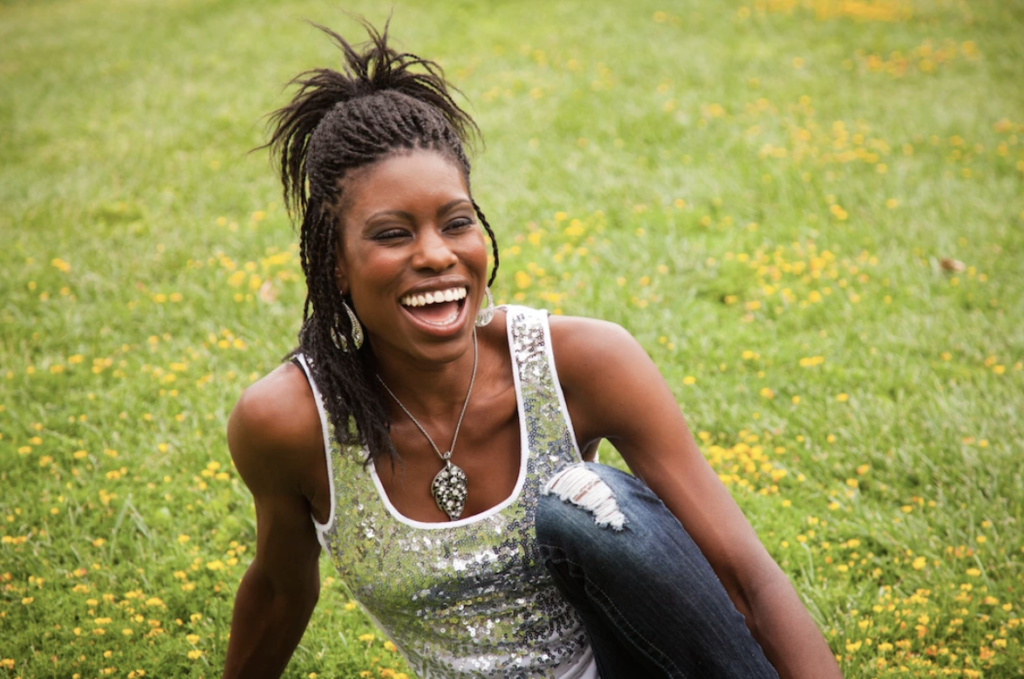 Chef Stacey Dougan – Owner of Simply Pure Vegan When Bill Clinton, Usher, Mya, and Jermaine Dupri are all fans of your cooking, it’s easy to see why there’s some much talk about Stacey Dougan and her restaurant, Simply Pure Vegan, in downtown Las Vegas. While the space may be tiny, it doesn’t stop a long line of people from coming in to get a sample of her famous lasagna and tacos that are a signature in her restaurant. Having practiced a plant-based regimen for over a decade, Dougan is excited to see this new wave of veganism amongst African Americans. “I love the people are becoming more health conscious,” she says. “We are all about the flavor [when it comes to food],” says Dougan and in her entrees, she never skips the seasonings that bring it all together. 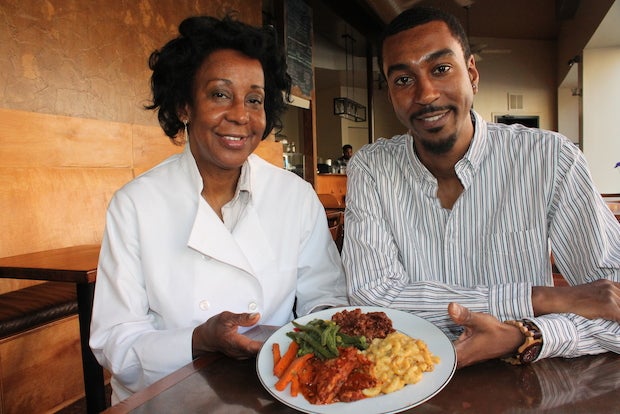 Chef Brenda Beener – Owner and Executive Chef of The Seasoned Vegan The Seasoned Vegan is the first full-service vegan restaurant to open in Harlem, yet there were many skeptics who doubted it would become a success. “They told me I wouldn’t get any black people in here,” says Beener. “I was told it would be a place that ‘others’ come to but not us.” Beener proved those haters wrong. The neighborhood has not only embraced Brenda and her delicious vegan fare, but as the fabric of the community. So much so, that it was even worth a visit from the Black Panther himself, Chadwick Boseman. “I want to show people that you can veganize anything,” says Brenda. Her menu is not only limited to Southern food, but Indian, Asian, and Italian influences derived from Cajun cooking she experienced growing up in Louisiana. For Brenda, soul food is prepared from your soul and you can feel that in all of her delicious dishes. 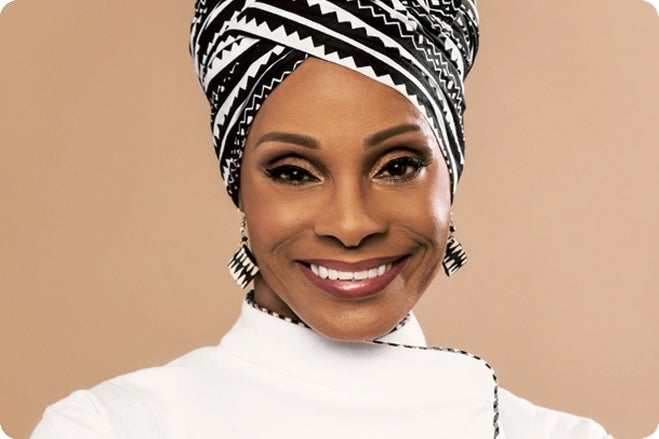 Chef Babette Davis – Celebrity Chef and Owner of Stuff I Eat Babette Davis started her culinary quest with a small food cart at the Agape Spiritual Center in California, serving food every Sunday for four years. After a while, she outgrew her surroundings and started to look for a larger space, especially when the demand for her food grew. This led the vegan comfort specialist to opening her own brick and mortar restaurant in Oakland, Stuff I Eat. After suffering from her own health related struggles, she made the conscious decision to clean up her eating and began what she calls a “journey of self-healing.” When you go on Babette’s Instagram page, you can see her personal journey towards leading a healthier lifestyle. “One of the biggest misconceptions is that vegan food is tasteless and that food choice options are limited and oftentimes costly,” she says. “I am so passionate about enlightening the masses that just because something is nutritious doesn’t mean it has to be flavorless.” She uses her talents to break a lot of misconceptions African Americans have around vegan food by exposing her customers to familiar flavors with new ingredients.