Skip to content
By Kimberly Wilson · Updated October 23, 2020
With Congressional Black Caucus week (September) and Howard Homecoming (October) around the corner, many will soon flock to Washington, D.C. in droves with what will serve as two of the most anticipated events that the city hosts for black folks each year. Though the culture and dynamic of the city has changed since the Obamas have departed — and we’re all shedding tears about it — there are places that still encompass what once was known as “Chocolate City.” From traditional soul food eateries to classic DC staples that have been ingrained in the community for decades, the district has something for every palate. Because we know our readers love a good meal, we’ve compiled a list of the go-to Black-owned restaurants you need to visit the next time you’re in Washington, D.C. 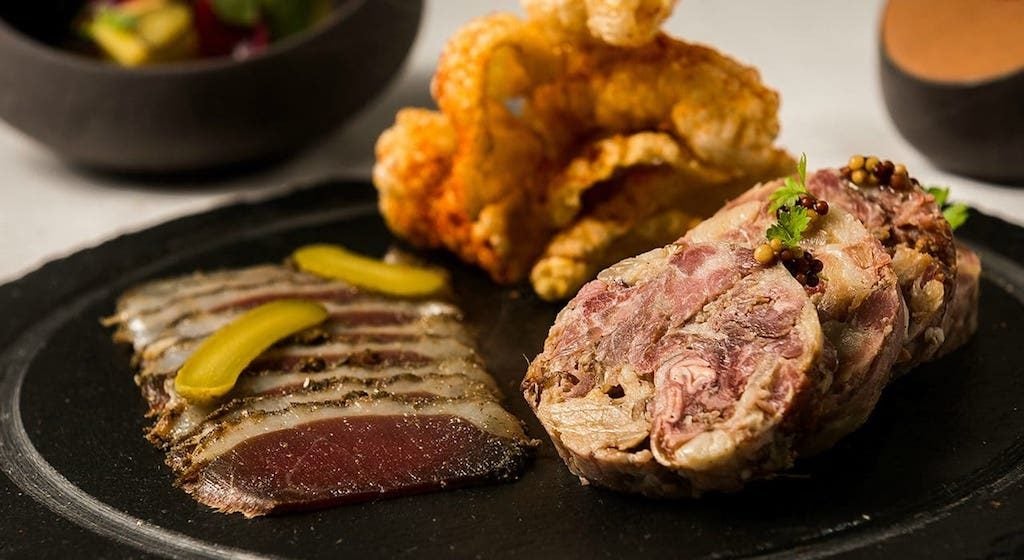 Kith and Kin Helmed by African-American chef Kwame Onwuachi, a former “Top Chef” contestant, Kith/Kin is a new Afro-Caribbean restaurant at The Wharf in the InterContinental Washington D.C. hotel that pulls from Onwuachi’s Nigerian, Jamaican and American heritage. The restaurant features a dedicated bar, a private dining room, a “wine wall” displaying nearly 400 bottles, and a centerpiece mural that hangs on a back wall. Items on the Kith/Kin menu include oxtail cavatelli, salmon escovitch, braised oxtails with jasmine rice, pigeon peas and oxtail jus tropical cream parfait and assorted sorbet. 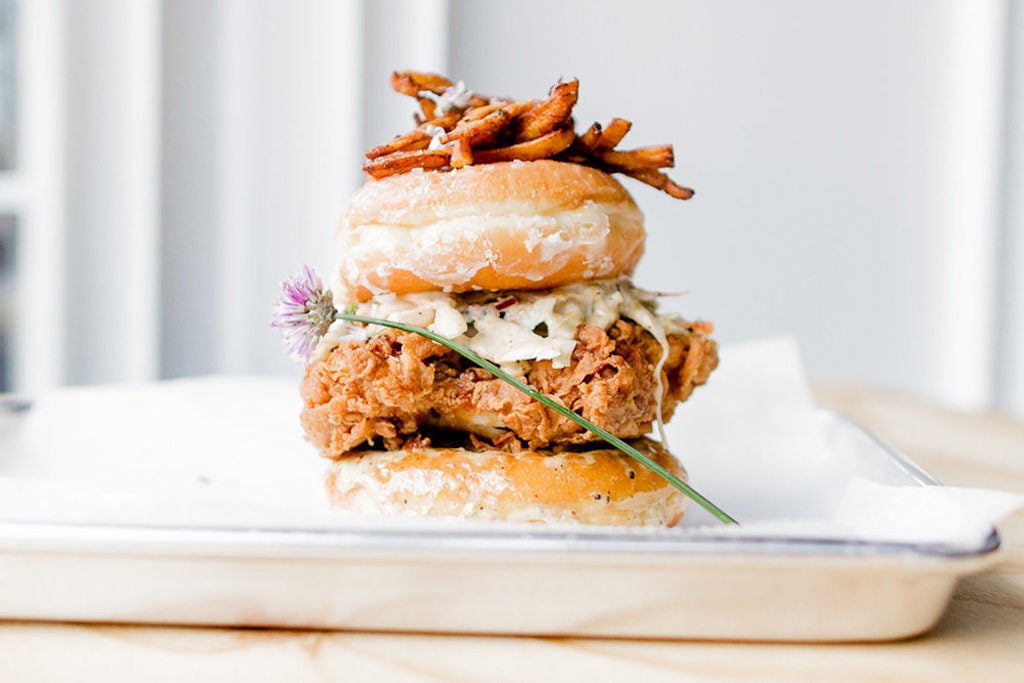 Diet Starts Monday Originally a clothing line, this new, hip spot attracts young black professionals (and even the not-so-professionals) on Friday and Saturday nights in D.C. The menu has crazy tasty items like a fried chicken burger with a donut bun that has been making its rounds on Instagram, and will make you really want to start your diet on Monday after taking a bite of the delectable treat. 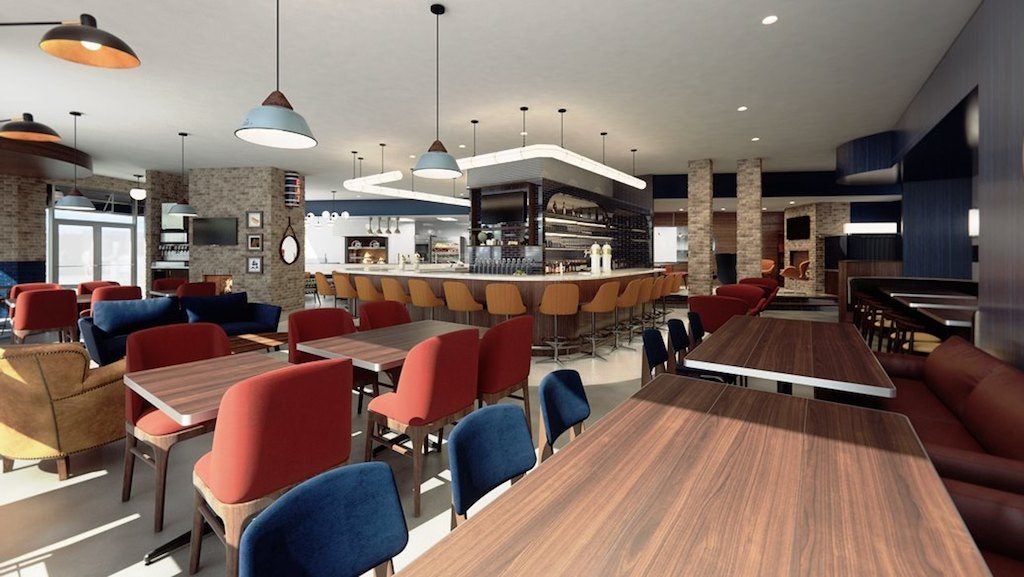 Half Smoke HalfSmoke is a modern day gourmet sausage fast casual restaurant serving a classic American menu of premium sausages, homemade tater tots, mac and cheese balls, funnel cakes, shakes, craft beer, wine and specialty cocktails. Once you forget about the amount of calories you’ll consume in one sitting, you’ll be mesmerized by how good the food is while you’re here. The popular brunch restaurant, which comes from Morehouse grad Andre McCain, lets diners customize their own sausages and pizzas, including versions of D.C.’s iconic half-smoke. Adults can choose from drinks like grilled peach sangria to smoked sweet tea margaritas. Fruit popsicles, funnel cakes (in flavors like red velvet) and epic milkshakes round out the sweet offerings. 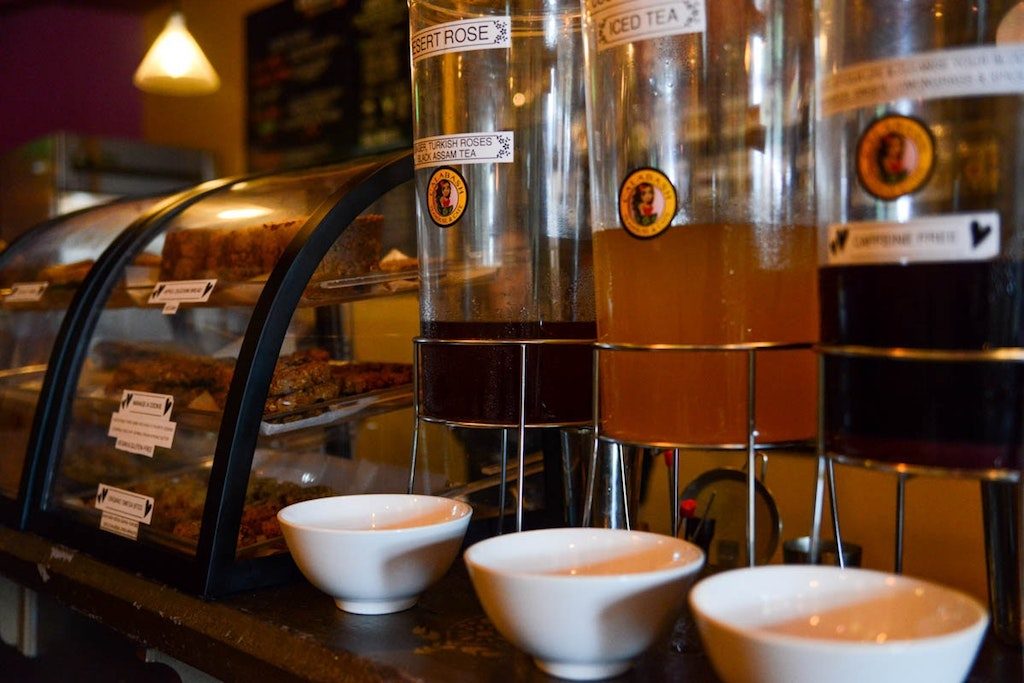 Calabash Tea & Tonic Not your traditional “restaurant,” Calabash Tea and Tonic offers teas and foods that can be enjoyed in -house or to-go. The majority of their 100 teas (there’s one for almost every ailment you can imagine), coffee blends and vittles are rooted in their Jamaican grandmothers’ time-tested recipes. Locally baked vegan treats and kombucha on tap round out Calabash’s delightful offerings. The tea house, which is located in Washington’s Shaw neighborhood, just down the street from Howard University, will also soon open its second brick and mortar location in D.C., though its span is much wider than the city’s 8-mile radius thanks to owner and Tea-EO, Dr. Sunyatta Amen. 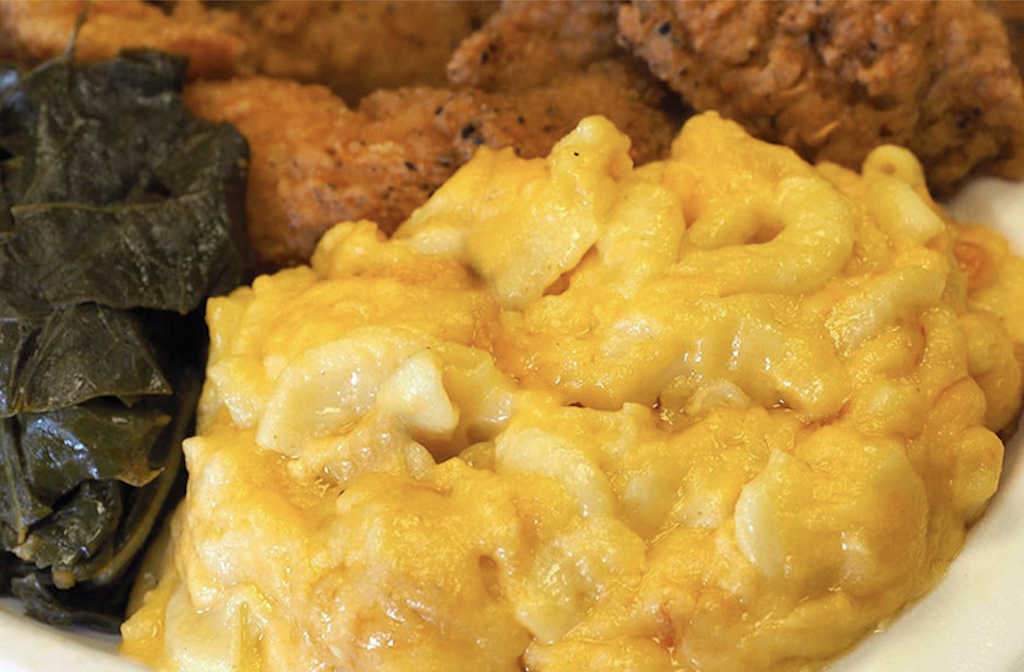 Oohh’s & Aahh’s Oohh’s & Aahh’s is home to some of the best soul food in D.C. Don’t believe us? Even King Lebron James has made a stop or two are two to the hearty down-home soul food kitchen, which serves up dishes such as wings, mac n’ cheese, fried chicken and collard greens. The restaurant itself, which is presented in a no-frills setting, is conveniently located on U Street and is open until 4am on weekends for your late-night soul food satiation. So once you leave the Park or your favorite lounge or club, you can head there and enjoy a full spread of good food to soak up some of that alcohol that you may have consumed. Just remember that this place is cash-only, so make sure you have some on hand before you arrive. Ben’s Chili Bowl It’s safe to say that you’ve been living under a rock if you’re never heard of the legendary Ben’s Chilli Bowl. Synonymous with Washington D.C., this is a landmark eatery serving chili, sandwiches, and burgers. Frequently by the Obamas and just about every black celebrity that you can imagine when they’ve visited DC, this should be a must visit on your D.C. bucket list when you come to town. The eatery, which has been around for decades, originally opened in 1958, and is still the hot spot to eat in D.C. Ben’s Chilli Bowl continues to welcome celebrities, party-goers, locals, and the like to its counter or red, vinyl-upholstered booths—all original to the ‘50’s. When you go, try the iconic half-smoke (half-pork, half-beef smoked sausage) topped with Ben’s homemade chili sauce — you won’t be disappointed! 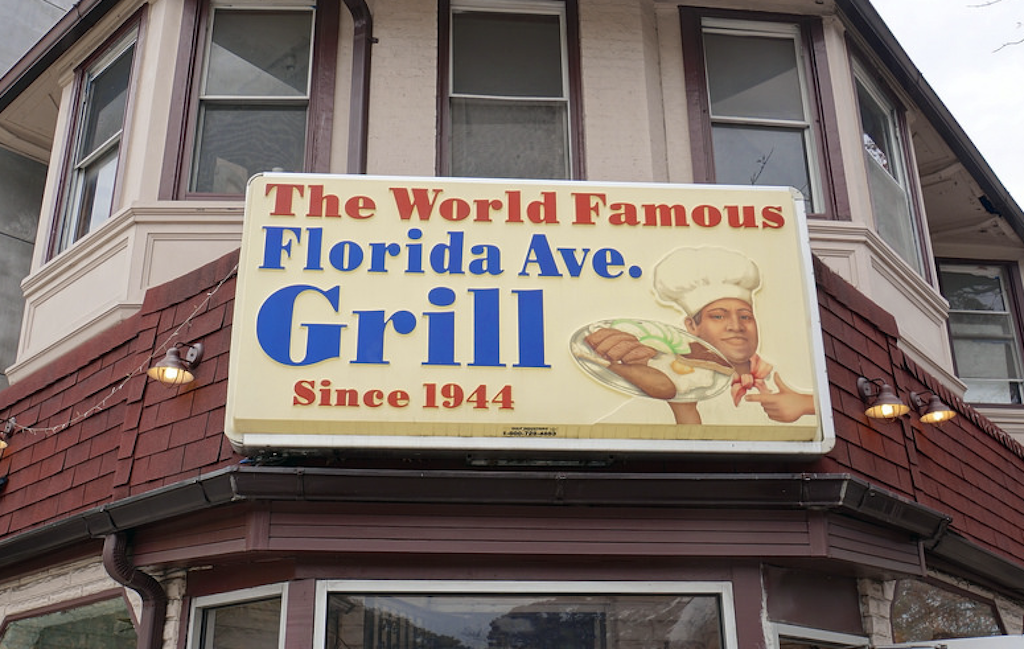 Florida Avenue Grill Florida Avenue Grill is a DC landmark. They offer cheap southern comfort food like grits, half-smokes, cornbread, hash browns and down home breakfast with a lot of flavor. So you know you must stop in here at some point during the D.C. visit. The Grill’s food and service throughout the years has attracted iconic black figures such as Lena Horne, Denzel Washington, Ludacris, U.S. Associate Supreme Court Justice Clarence Thomas, and almost every District mayor and D.C. Council members, and civil rights leaders. If it’s good enough for them, it’s sure good enough for us too!